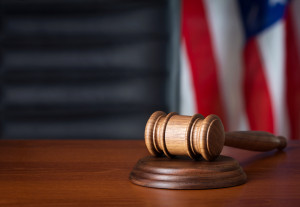 On Wednesday of last week, the Department of Justice (DOJ) and Consumer Product Safety Commission (CPSC) announced that a complaint has been filed in federal court against Spectrum Brands, Inc. (Spectrum).  Notably, this is the second case in the past three months brought by the government in federal court against a company for an alleged failure to timely report (see our earlier post on the Michaels Stores litigation).  These cases are not typical because most companies settle civil penalty claims rather than litigate against the government.  As a result, there is precious little case law precedent as to how these lawsuits might play out in court, and close attention is being paid to them in the product safety community.

In this case, the government alleges that Spectrum and a former subsidiary (Applica Consumer Products) failed to timely report under Section 15(b) of the Consumer Product Safety Act (CPSA) a hazardous defect relating to certain Black and Decker brand SpaceMaker coffee pot handles.  Specifically, the Complaint claims that the companies knowingly violated the reporting requirements of the CPSA with respect to allegedly defective carafe handles that could detach and cause hot coffee to spill onto consumers and burn them.  According to the government, over a three year period, hundreds of consumers reported incidents involving the detached handle to the CPSC before the companies notified the agency of the potential problem and later recalled the product.  The Complaint alleges that the companies themselves received approximately 1,600 consumer complaints regarding the same issue over the three year period (early 2009 through April 2012).  The Complaint further alleges that the companies distributed a small number of the allegedly defective coffee pots to retailers even after the recall was announced, which is also prohibited by the CPSA.

The government is seeking an undisclosed monetary civil penalty under Section 20 of the CPSA and injunctive relief, including the enactment of a stringent compliance program to ensure future compliance with CPSC reporting obligations.

Notably, in response to the filing of the complaint, Spectrum Brands has stated, in part, that “the Commission is taking a position that is inconsistent and irreconcilable with its conclusions concerning the nature and degree of risk associated with similar products and similar quality issues” and that it is “compelled to defend its conduct in court” in the face of the Commission’s “inconsistent positions and arbitrary civil penalty demand.”  The Company further stated that that it “has a long history of proactive communications with the [CPSC]” including in this case after “Spectrum Brands determined that it had distributed a small number of recalled coffeemakers…”

As we have previously commented, we expect the Commission to remain active in brining enforcement actions against companies for violations of Section 15(b) of the CPSA and other provisions of the CPSA (and statutes enforced by the Commission).  We will continue to follow this litigation, and the Michaels Stores case, and update our readers on notable latest developments given the importance of these recent cases.