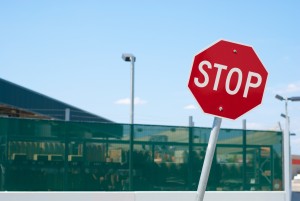 Earlier this week, the U.S. Department of Justice (“DOJ”)—at the behest of the CPSC—filed suit in California federal court against two companies and three individuals for importing products that violate the Federal Hazardous Substances Act (“FHSA”) and Consumer Product Safety Act (“CPSA”). The respective lawsuits can be accessed here and here.

The companies and individuals have agreed to settle these charges by binding themselves to consent decrees (which can be accessed here and here). The consent decrees, which will go into force once entered by the court, are significant because they prohibit the companies and individuals from conducting any future business (selling, importing, or distributing) involving children’s products or toys until the CPSC verifies that certain far-reaching conditions are met—all of which relate to future compliance with CPSA and FHSA requirements.

The detailed and extensive conditions are set forth in the consent decrees and include, among other provisions:

These compliance program provisions are remarkably different from those inserted into normal CPSC civil penalty settlement agreements because many of the very detailed requirements must be satisfied prior to the companies conducting any future business involving children’s products. Additionally, the compliance programs must be audited and monitored by an independent third-party. Not since the Daiso case in 2010 and LM Import cases in 2011 and 2012, have consent decrees been as extensive or far-reaching as the ones involved here.

So what distinguishes Brightstar and Unik Toyz, as well as Daiso, and LM Import, from other companies who have entered into civil penalty settlement agreements with the CPSC that include compliance program provisions?

The small companies involved in these cases allegedly spurned and ignored numerous CPSC letters of advice over multiple years notifying them that their products were not in compliance with the CPSA and FHSA. The complaints also suggest that these violations were not just occasional occurrences, but rather systemic (i.e., numerous and different products sampled by CPSC at ports violated federal product safety regulations).

On the other hand, many large companies that now face multi-million dollar CPSC civil penalties do so for alleged late reporting of product safety issues. In many of these cases, the issue involved one or two products and the companies did self-report the issue to the CPSC as required by the CPSA (albeit later than the CPSC believed a report was required). Although intentional product safety violations and late reporting violations alike involve the potential exposure of consumers to unsafe products, the remedial measures taken against companies like Brightstar, Unik Toyz, Daiso, and LM Import show the company practices leading to those violations are more serious in nature.

Yet, since the Daiso consent decree in 2010, the CPSC has secured close to fifty settlement agreements from companies who allegedly failed to timely report versus only a small handful of companies for violations that warrant a consent decree and permanent injunction involving a product safety monitor. This leads to the inevitable question of whether companies such as the ones subject to these types of consent decrees, who potentially inflict serious harm upon children with repeated violations for multiple products over multiple years, are simply fewer in number or just more difficult to target.