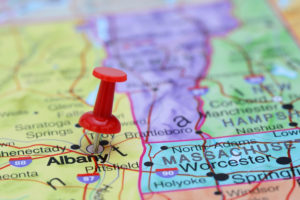 Last year, we wrote about a growing trend of local jurisdictions regulating children’s products, primarily toys and apparel. One such jurisdiction, Albany County, NY, enacted a far-reaching ordinance, “Local Law J of 2014,” that prohibited the sale of children’s products containing seven chemicals of “high concern” (see previous blog post here). At the time, we questioned the usefulness of this type of local legislation given the existing federal (and often state) product safety regulatory framework. Now, in the face of vocal opposition to the law from industry, which included the filing of a lawsuit in federal court, the Albany County Legislature has amended the law in an attempt to address industry concerns (see Local Law P of 2015). While the amendments are a step in the right direction, many concerns over potential adverse and unintended consequences remain.

The Albany County law, as originally enacted, banned children’s products and apparel containing the heavy metals antimony, arsenic, benzene cadmium, cobalt, lead and mercury. The law provided little, if any, guidance on the scope of products covered by the law, the levels at which the list chemicals are banned, and how those levels would be measured. Aside from basic implementation and enforcement questions, many, including us, wondered whether the law would be preempted by the federal Consumer Product Safety Act (CPSA) and Federal Hazardous Substances Act (FHSA). This question became the crux of a lawsuit filed in federal court by a coalition of children’s product businesses. The lawsuit, in turn, apparently prompted the Albany County Legislature to hold a special legislative session at the very end of December to amend Local Law J.

The primary two amendments to the law adopted unanimously by the Legislature are intended to address concerns regarding federal preemption issues. First, the amended law sets specific parts-per-million limits for each of the seven chemicals that mirror existing federal regulation, where applicable. For example, rather than an outright ban on lead in children’s products (as was the case in the initial enacted version of the law), the new law sets the following limits: 100 ppm of total lead content in accessible parts and 90 ppm in paint or similar surface coating—both consistent with federal regulations. The limits for four of the other heavy metals mirror the mandatory federal toy safety standard for children’s toys (ASTM F-963).

Second, new language has been inserted to clarify that federal law will govern in the event of a direct conflict with a provision of the local law unless the CPSC grants a ruling that the local standards apply:

“Whenever the Federal Government under the Consumer Product Safety Improvement Act, the Federal Hazardous Substances Act, or the Consumer Product Safety Act has issued a final rule setting a children’s product safety standard prescribing any requirements as to the performance, composition, contents, design finish, construction, packaging, or labeling that is in effect and enforceable and that applies to a risk of injury associated with such children’s product, including the presence of a specific chemical in a children’s product or the test methods required to be used to determine conformance with the standard, the applicable Federal standard shall be used in lieu of the standards set forth in this Section for the specific chemical or product, unless the State of New York or the County of Albany…obtains a ruling from the Consumer Product Safety Commission that the standards established by the State or County…are exempt…from the requirement of identicality with the Federal standards.”  (emphasis added).

While these dual amendments are a step in the right direction, many of our initial concerns remain. For example, the law does not adequately consider or address risk of exposure to the chemicals (i.e., whether or not the chemicals in the product are even accessible). It simply bans outright products that contain the underlying chemicals over a certain limit—with the possible exception of lead given the preemption clause. Moreover, although the limits for mercury, antimony, cadmium, and arsenic are consistent with ASTM F-963 (the mandatory federal safety standard for children’s toys), that standard is inapplicable to other children’s products and apparel. Finally, the amended bill fails to address how the Albany County Department of Health plans to test the products and then enforce the law, if necessary. We continue to doubt that the county has the requisite resources and expertise to do so fairly.

Assuming that the County Executive signs the amended law, it will take effect in July of this year. Whether the amendments will lessen the potential adverse or unintended consequences of such a law is yet to be seen as is the question of whether plaintiffs challenging the law in federal court will continue their fight.