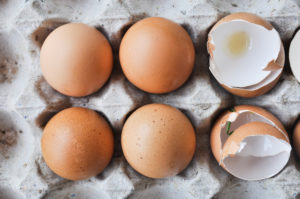 On July 6, 2016, the Eighth Circuit Court of Appeals issued its ruling in United States v. DeCoster, in which it upheld prison sentences for two executives under the “responsible corporate officer” (RCO) doctrine of liability, also called the Park doctrine, for their role in introducing into interstate commerce eggs that had been adulterated with Salmonella.  The two executives were sentenced last year for strict liability violations of the Federal Food, Drug, and Cosmetic Act (FDCA).

Austin “Jack” DeCoster owned Quality Egg, LLC, and his son Peter DeCoster served as the company’s Chief Operating Officer.  In 2010, approximately 56,000 Americans fell ill with salmonellosis after consuming contaminated eggs.  In August 2010, federal and state officials determined that this outbreak originated at Quality Egg’s facilities.  FDA then inspected the company’s operations in Iowa and, after completing its inspection, concluded that Quality Egg had failed to comply with its written plans for biosecurity and Salmonella prevention.  A subsequent criminal investigation revealed that Quality Egg had falsified records, lied to auditors, bribed USDA inspectors, and misled regulators in relation to its food safety issues.

At the district court level, the DeCosters pleaded guilty to misdemeanor violations of 21 U.S.C. § 331(a) for introducing misbranded eggs into interstate commerce with intent to defraud.  They appealed to the Eighth Circuit after the district court sentenced them each to three months imprisonment (although they each paid a $100,000 fine also imposed on them by the court).  On appeal, the DeCosters argued that their prison sentences were unconstitutional because they did not personally commit the FDCA’s prohibited acts.  They argued in the alternative that their prison sentences were procedurally and substantively unreasonable.  In a 2-1 ruling, the Court of Appeals disagreed with those arguments and affirmed the sentences issued by the Northern District of Iowa.

Although each Circuit Judge wrote his or her own opinion, each of which enumerates unique reasoning and conclusions, they all unanimously agreed that a penalty of imprisonment for a misdemeanor violation of the FDCA would violate principles of due process if the offense was merely one of “vicarious liability.”  None of the judges, however, found that RCO or Park liability under the FDCA imposes that kind of vicarious liability; rather, as Judges Murphy and Gruender explained, RCO liability bears on the blameworthiness of a corporate officer who failed to prevent or remedy the condition at issue.  And any executive operating in the highly regulated world of food and drugs, where widespread harm can be the outcome of corporate negligence, has a "heightened degree of foresight and care."  (Slip op. at 11)

So the bottom line is that the Eighth Circuit did not find RCO liability to be per se unconstitutional.  From a practical standpoint, therefore, the federal government’s re-emerged interest in utilizing RCO liability theories in investigations and prosecutions will likely increase across all areas of the FDA’s enforcement authority. In recognition of the significance of this case and the government’s success in garnering prison time for executives following an incident that resulted in significant harm to the U.S. consumers and the public health (and the established facts are fairly cringe-worthy), a wide swath of trade associations representing regulated industries and other interests submitted amicus briefs in support of the DeCosters’ appeal.

Because each Circuit Judge wrote a separate opinion, it is likely that the DeCosters will continue their appeal, either by seeking en banc review of the decision by the full Eighth Circuit or by petitioning the United States Supreme Court to rehear their constitutional arguments.  Stay tuned to this space for updates regarding United States v. DeCoster and other ramifications of this decision.