In the wake of two tragic amusement park ride accidents in Kansas and Tennessee, and the ongoing political debate in America over gun safety issues, we felt it timely to help answer a question that continues to be asked in the media: does the U.S. Consumer Product Safety Commission (CPSC) have the authority to address the safety of amusement park rides and guns? 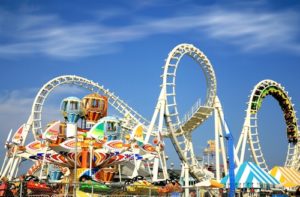 Amusement Park Rides.  Every time there is a tragedy on a ride at an amusement park, the nation turns its attention and scrutiny on the CPSC as the nation’s safe products regulator.  However, and crucially, the CPSC does not have jurisdiction over the safety of “fixed site” amusement park rides.  In 1981, the Congress stripped the CPSC of its jurisdiction over these rides through an amendment to the Consumer Product Safety Act (CPSA).  As a result, rides that are “permanently fixed to a site” (such as the ones at the Kansas and Tennessee parks) are subject to voluntary standards written by the ASTM F-24 Committee on Amusement Rides and Devices and state and local regulations.

The CPSC does have jurisdiction over “mobile” amusement rides (those transported from location to location).  The agency also acts as a clearinghouse for safety information on ride incidents identified by Commission investigators and state and local ride officials.  The following 2012 CPSC Directory of State Amusement Ride Safety Officials provides a helpful introductory overview of the CPSC’s activities with respect to amusement park rides and a directly of the relevant state and local officials dedicated to ride safety.

Read our previous post about this jurisdictional issue here.

Gun Safety.  Like fixed amusement park rides, firearms and ammunition are excluded from the definition of a “consumer product” in the CPSA.  As a result, the CPSC does not regulate the safety of guns, shells and cartridges (the Bureau of Alcohol, Tobacco, and Firearms does). 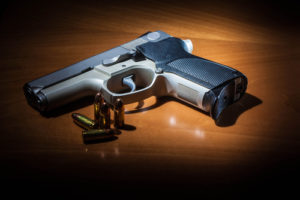 Note: CPSC Commissioner Marietta Robinson recently issued a thoughtful perspective describing how she believes the CPSC can make guns safer and help bring down the number of accidental incidents involving firearms.  According to Robinson, “guns should be defined as the consumer products they are so that we may do our job of protecting the American consumer.”

Despite its lack of jurisdiction to regulate the safety of guns and ammunition at present, the CPSC does have authority to regulate the safety of some products and accessories related to gun use.  For example, the CPSC has asserted its jurisdiction over separate firearm trigger locking devices.  Additionally, the CPSC has recalled previously gun storage boxes, handgun vaults, and gun holsters, thus all squarely falling within the regulatory authority of the agency.  In fact, as recently as 2013, the White House requested the CPSC to “review and enhance as warranted safety standards for gun locks and safes” as a measure to improve gun safety.

Without a further act of Congress, the CPSC’s activities with respect to fixed amusement park rides and gun safety will not likely change.