We do not get many court decisions in the CPSC world, but yesterday we received one. Last evening, a Wisconsin federal district court essentially held in the Government’s case against Spectrum Brands, Inc. (Spectrum) that (1) Spectrum failed to timely report defective coffee pots in violation of Section 15(b) of the Consumer Product Safety Act (CPSA) because they could create a substantial product hazard, and (2) the Government’s imposition of a civil penalty pursuant to the CPSA was not in violation of Spectrum’s statutory or constitutional due process rights.  In doing so, the Court rejected Spectrum’s procedural and substantive arguments, including that the CPSC’s claims were time barred and that the CPSA’s reporting requirements are unconstitutionally vague.

The Department of Justice and CPSC alleged that a company acquired by Spectrum (Applica Consumer Products) knowingly failed to timely report under Section 15(b) of the CPSA a hazardous defect relating to certain coffee pot handles.  The Complaint alleged that the Company had received approximately 1,600 consumer complaints over a four year period (2008-2012) related to the breakage of the pots’ handle resulting in coffee spillage and burns on consumers.

In response to the filing of the lawsuit, Spectrum asserted, among other arguments, that (1) the Commission’s claims against it were time barred under the so-called Gabelli doctrine; (2) the CPSA’s reporting requirements are unconstitutionally vague; (3) the CPSC failed to provide fair notice that a report was required in light of its finding that other Spectrum coffeemakers with similar issues did not present a substantial product hazard; (4) the CPSC’s late-reporting determination was arbitrary and capricious; (5) Spectrum had no duty to report because the CPSC had already been “adequately informed” of the handle failures and (6) the CPSA did not authorize the CPSC to seek certain forms of injunctive relief including the establishment of a compliance program and prospective liquidated damages in the event of noncompliance. 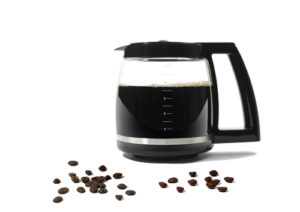 The Court rejected all of these arguments and handed almost a total victory to the CPSC that may have future ramifications in the product safety community.  For example, the decision certainly lends new credence to the CPSC’s common refrain to regulated entities “when in doubt, report” when deciding whether a product defect could present a substantial product hazard.  The Court even went so far as to cite this common CPSC advice in the opinion.  It’s also noteworthy that the Court concluded that the CPSC does not need to articulate its reasoning for a civil penalty amount in writing and provide more transparency in the process generally­­­—a complaint often raised by industry defendants.

Highlights from The Court’s Analysis

We will provide further analysis in the days to come but below are highlights from the Court’s opinion addressing the myriad of arguments made by the Parties:

1. The Court found that CPSA’s Reporting Requirement is Not Unduly Vague.

In response to Spectrum’s argument that CPSA’s reporting requirement is unconstitutionally vague, the Court concluded:

a ready response to defendant’s complaint that this guidance leaves it uncertain as to the scope of its reporting obligation is obvious:  when in doubt, report…The statute, the CPSC, and the courts are not talking about existential doubt, but rather about concrete, quantifiable doubt born out of the existence of the factors identified in the statute and regulations, including the potential hazard created, the number of reported defects and injuries, and the number of potentially defective products that are in commerce.

The Court further rejected Spectrum’s argument that it did not have fair notice of its duty to report based on the Commission’s inaction in prior cases involving the breakage of coffee pot handles.  The Court stated that “on its face, [the threshold for reporting a potential defect] is a lower standard than whether a substantial product hazard actually exists…this difference is confirmed in practice, as less than 20% of non-fast track Section 15(b) reports result in the CPSC finding that a substantial product hazard exists.”  The Court added that “even if multiple cases involve products of a similar type or design and present similar risks of injury, a number of factors, including the nature of defect, as well as the number and severity of injuries, could reasonably lead to different results in analogous cases.”

3. The Court found that Spectrum Had a Duty to Immediately Report Under Section 15(b) of the CPSA.

The Court held that, under the facts of this case no reasonable jury could find that defendant “immediately” informed the CPSC about “information which reasonably supports the conclusion” that the carafes “contained a defect which could create a substantial product hazard.”   According to the Court, Spectrum had information by May 2009 that supported the conclusion that the defect on the carafe handles posed a substantial product hazard.

The Court placed great emphasis on what it called the “driving principle” of the CPSA’s reporting requirement: “companies are strongly encouraged not to wait to report until a product defect causes a serious injury, but rather to report when they first appreciate that their product may contain a defect that could injure people, even when the risk of serious injury is in doubt.”  Relatedly, the Court found that the CPSC was not “adequately informed” of the risk posed by the coffee pots because the CPSC did not have the same material information as the company.

4. The Court found that the Commission’s Approach to the Imposition of a Civil Penalty Did Not Violate Spectrum’s Due Process Rights.

Spectrum took issue with the lack of specificity with which the Commission determined the civil penalty amount, specifically the lack of any written record explaining and justifying its decision to seek civil penalties.  The Court rejected this argument stating “it will not interfere with [the Commission’s] decision-making process.”  According to the Court, “nothing in the CPSA or the regulations mandates how the Commission should consider the civil penalty factors, nor expressly limits the civil penalty amount ultimately sought by the DOJ…”  The Court added, “transparency with respect to the factors the CPSC uses as a framework to determine what amount of civil penalties to seek is a far cry from transparency in the form of detailed, written records chronicling the commissioners’ actual decision-making in any particular referral for a civil enforcement action.”

5. The Court found that the Supreme Court’s Ruling in Gabelli Does Not Require the Government to File Suit Before the Alleged Violation is Complete.

Here, the Parties agreed that the default statute of limitations for civil penalty enforcement actions requires plaintiff to file suit “within five years from the date when the claim first accrued.”  They disagreed, however, whether the duty to report continued until Spectrum knew that the CPSC had been adequately informed.

In Gabelli v. S.E.C., the Supreme Court found that the SEC could not apply the “discovery rule” when bringing an enforcement action later than five years after the violation occurred and the claim “first accrued.”  Spectrum argued that the CPSC’s time to bring a claim began to run on the date the Company obtained reportable information.

The Court concluded, however, that Spectrum’s reporting obligation was ongoing and not “complete” if it failed to immediately report to the Commission; instead the Court found it “complete” once the company actually submitted a late report or had actual knowledge that the Commission had been informed.  In other words, the Court applied the “continuing violation doctrine” as opposed to the “discovery rule.”  The Court found this consistent with the CPSA’s purpose to encourage early reporting of defects to protect the public.

6. The Court Found that the CPSC Has the Ability to Seek the Injunctive Relief.

With respect to Spectrum’s argument that the CPSC does not have the statutory authority to seek injunctive relief, the Court stated that it did “not agree with defendant that the plain language of the CPSA precludes entering an injunction limiting conduct that is not ‘presently occurring,’ since the [CPSA] language authorizing the court to ‘restrain any violation’ of the CPSA is relatively broad.”

The Court also went on to state that “[u]nder the facts alleged, defendant engaged in knowing, arguably outrageous, conduct by failing to notify the CPSC about substantiated complaints that carafes were breaking due to design defects and harming individuals for over two years. Furthermore, even after issuing a recall notice for those defective carafes, Applica sold more of them, necessitating another recall. These facts are enough to plausibly plead a claim for injunctive relief.”  The Court did, however, reserve judgment at this stage of the litigation on the question of whether such injunctive relief would be warranted by the underlying facts.

This case may have a significant impact on future CPSC enforcement policy and will be the subject of much discussion over the coming months, particularly as a new Republican Administration and Congress take control over the CPSC and its enforcement activities.  It is not often that federal courts consider and interpret provisions of product safety laws administered by the CPSC.  When they do the product safety community and all its stakeholders must pay careful attention.  Spectrum and the Government will next litigate the parameters of the civil penalty to be imposed.  We will see whether an appeal is in the works.