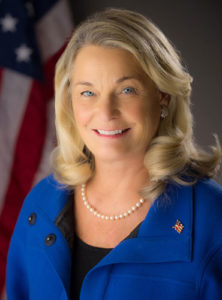 This morning it was announced internally at the CPSC that Commissioner Ann Marie Buerkle has become the Acting Chairman of the agency. The CPSC has not yet released a statement concerning the transition of the chairmanship from Elliot Kaye to Ann Marie Buerkle, but we have confirmed the change in leadership with multiple sources inside the agency. In a move largely seen as a precursor to this change in leadership, the Commission recently voted to install Buerkle as the Vice Chairman of the agency -- ensuring that she would become the Acting Chairman of the agency once Kaye vacated the Chairman's office.

Kaye is no longer the Chairman of the agency but will remain on the Commission because his term as a Commissioner runs until 2020 regardless of whether he retains his status as the Chairman. The terms of every Commissioner are seven year fixed terms that are independent of the Presidency.

Given this situation, we do not expect to see immediate and substantial changes at the CPSC similar to those currently occurring in other parts of the federal government. That said, the Chairman of the CPSC is afforded significant authority to direct staff resources and priorities so changes in accordance with Chairman Buerkle's priorities likely will occur.

In carrying out any of functions under the provisions of this subsection the Chairman shall be governed by general policies of the Commission and by such regulatory decisions, findings, and determinations as the Commission may by law be authorized to make.

Chairman Buerkle and fellow Republican Commissioner Joe Mohorovic have been vocal critics of the CPSC's recent trend of significantly increased civil penalties. While civil penalties that are already in the pipeline and currently being negotiated by staff may still settle and be approved by the current Democratic majority for significant amounts, there may be eventually be changes in the way the agency approaches civil penalties.

Chairman Buerkle's name has been circulating for some time now as a potential candidate for the permanent Chairman of the CPSC given her extensive experience inside the agency (and as a member of Congress) as well as the significant amount of proactive outreach she has done with agency stakeholders during her term as a Commissioner. Given the fact that a new Chairman from outside of the current Commission could not join the agency until late October at the earliest, it has also been pointed out that President Trump's nomination of Buerkle as the permanent Chairman will allow for earlier hiring for key staff positions and the advancement and framing of her priorities as the Republican Chairman that can then be more quickly implemented once a third Republican Commissioner joins the agency.