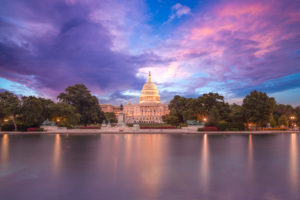 Yesterday, President Donald Trump nominated Peter Feldman to fill the fifth and final spot as Commissioner of the U.S. Consumer Product Safety Commission. The nomination is to fill the vacancy left by past Commissioner Joe Mohorovic, who resigned from the Commission in October 2017.  If confirmed, Feldman’s term would expire on October 26, 2019, however it would be expected that President Trump would re-nominate Feldman for an additional seven year term in the future.

Feldman, a graduate of American University’s Washington College of Law, has made his career on Capitol Hill, serving as a legislative assistant to former U.S. Senator Mike Dewine, a legal associate on the NRCC, and a campaign aide to Senator John McCain’s presidential campaign. Since 2011, Feldman has worked on the staff of the Senate Committee on Commerce, Science, and Transportation, most recently as senior counsel on the U.S. Senate Commerce Committee, and is no stranger to consumer product safety matters.

If he is confirmed, the Trump administration will see the CPSC come under a 3-2 majority, quite the change from October 2017, when Acting Chairman Buerkle was facing a 3-1 Democratic majority. Following Dana Baiocco’s confirmation just two weeks ago, the Senate is still considering President Trump’s nomination of Acting Chairman Buerkle for the permanent Chairman position and for a second term as Commissioner. All interested parties are awaiting a vote, and we look forward to updating you as these matters continue to develop.