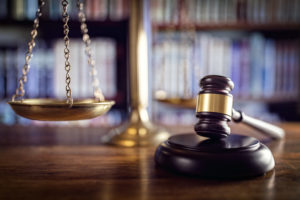 The consumer product safety community is rarely provided guidance by federal court decisions. On Tuesday, however, Judge R. Brooke Jackson of the Federal District Court for the District of Colorado issued an opinion in the never-ending saga of Zen Magnets, LLC v. CPSC.

Ultimately, the court held that Zen Magnets’ due process rights were violated because the company was denied a fair and impartial tribunal in its appeal of an Administrative Law Judge’s Initial Decision and Order. Judge Jackson remanded the case to the Commission for a re-hearing without Commissioner Bob Adler’s participation. The purported violation stems from Commissioner Adler’s comments in the course of a rulemaking for magnet sets that raised a question of his impartiality with respect to the enforcement action against Zen Magnets.

Zen Magnets’ Founder, Shihan Qu, was quick to announce the victory, and it may ultimately be a victory for Zen Magnets. However, for the most part, Judge Jackson’s decision is actually a substantive victory for the Commission with respect to the agency’s authority to declare products substantial product hazards and order mandatory recalls.

The enforcement case stems from Zen Magnets’ sale of high-powered small rare earth magnets (“SREM”). In August 2012, the Commission filed an administrative complaint against Zen Magnets, alleging that the magnet sets contained a product defect, creating a substantial risk of injury to the public, and sought removal of the product from the market.

The Complaint went to a hearing before an Administrative Law Judge (ALJ) in December 2014, who held in March 2016 that the Commission had not proved the Zen Magnets products were a hazard when accompanied with proper warnings. In light of the ALJ’s ruling, Zen Magnets could continue selling its products.

The CPSC filed an appeal, providing for a hearing on the matter before the entire Commission. The hearing was held in June 2017, resulting in the Commission’s October 26, 2017 Final Decision and Order, overturning the ALJ’s decision. The Commission, by a 3-1 vote (Chairman Buerkle voted to take other action), held that the magnets at issue “present a substantial product hazard and are, therefore subject to public notification . . . and recall measures.”

Zen Magnets filed a complaint for injunctive relief with the Federal District Court for the District of Colorado on November 6, 2017, which is what led to Judge Jackson’s ruling on Tuesday.

At the same time it initiated an enforcement action, the Commission commenced rulemaking to establish safety standards for magnet sets. A safety standard was finalized in October 2014 and required magnets and magnet sets that fit completely within the CPSC’s small parts cylinder to have a flux index of 50 kG2 mm2 or less.

Zen Magnets appealed the imposition of the rule as the sole remaining importer and distributor of these types of products. The appeal reached the Tenth Circuit Court of Appeals, and in November 2016 a panel of judges including current Supreme Court Justice, Neil Gorsuch, held that the Commission’s prerequisite findings to be “incomplete and inadequately explained” to support the rule.  The safety standard for magnet sets is currently vacated and not in effect but the Democratic Commissioners voted in March of 2017 to continue the agency’s work in this area by directing agency staff fix the deficiencies identified by the Tenth Circuit and reissue a notice of proposed rulemaking for magnet sets “as soon as possible.”

Zen Magnets raised two issues before the district court with respect to CPSC’s 2017 Final Decision and Order: (1) whether the Commission violated the Administrative Procedure Act (“APA”) by issuing a ruling that was “arbitrary and capricious or unsupported by substantial evidence;” and (2) whether Zen Magnets was denied due process as a result of the Commission’s alleged bias and prejudgment of the facts and law at issue.

While it is easy—and accurate—to view this ruling as a win for Zen Magnets, the reality for industry as a whole is that the Commission received a favorable ruling on substantive issues that could serve as precedent for similar enforcement actions in the future.

Zen Magnets faced an uphill battle on its APA arguments, as the Commission’s actions were reviewed under an “arbitrary and capricious” standard, one that affords a federal agency a great deal of deference. Indeed, the court held that the Commission did not act in an arbitrary and capricious manner, and in fact, operated within its powers in coming to its Final Decision and Order.  In relevant part, the court held that:

The Ultimate Ruling – Commissioners Must Be Careful with Public Statements

Ultimately giving Zen Magnets new life was the court’s holding regarding its Due Process claims. The court analyzed public statements made by Commissioners Adler, Kaye, and Robinson to determine whether they showed that “he or she [had] prejudged the case or [had] given a reasonable appearance of having prejudged it.”

the conclusion that I reach is that if these magnet sets remain on the market irrespective of how strong the warnings on the boxes in which they’re sold or how narrowly they are marketed to adults, children will continue to be at risk of debilitating harm or death from this product.”

The court held that Commissioner Adler’s statement regarding warnings showed that Adler “demonstrated an irrevocably closed mind, or at the very least a reasonable appearance that he had prejudged the key questions of fact and law at issue in the adjudication.”  To the court, such a statement showed that Adler had prejudged one of Zen Magnets’ key arguments – that warnings, instructions, and marketing could prevent the misuse of the product relating to the potential injuries at issue.

Notably, the court rejected Zen Magnets’ argument that the Commission had prejudged the issues in its case by engaging in parallel rulemaking. Instead, Judge Jackson’s opinion held that “in issuing a rule and then hearing the appeal of the Initial Decision and Order in Zen’s case, the Commission was properly exercising two of its administrative roles.” This was precisely the issue that led Chairman Buerkle to recuse herself from the rulemaking. While the court’s ruling shows that such a recusal was not legally necessary, it also demonstrates the perils of pursuing such parallel actions.

Outside of magnets, this decision appears to largely be a win for the Commission. It supports the Commission’s authority to interpret its regulations and confirms the great deference afforded to the agency in determining whether a product contains a defect or constitutes a substantial product hazard. This may have implications for ongoing and future adjudicative proceedings, including the Commission’s pending suit against stroller manufacturer Britax.

With respect to public statements, Judge Jackson’s guidance is less clear. Commissioners are clearly now on notice that their public statements can be used against them if the statements are unambiguous enough to indicate a prejudgment. In analyzing the statements above, it appears to not be prejudgment to opine about the general dangers of a product. Instead a statement must foreclose a specific legal argument to run afoul of Due Process.

Finally, this ruling highlights the inherent difficulty for the CPSC to pursue a rulemaking while simultaneously litigating a parallel enforcement action. Commissioners have traditionally spoken relatively freely regarding risks posed by classes and categories of products during rulemakings. This could be somewhat chilled now, however, given that one statement by one Commissioner has now derailed a final Commission decision that otherwise would have been upheld. The Commission has the authority to seek both adjudicative and administrative remedies at the same time, but the structural issues and risk of such a strategy are made apparent by this outcome.

Moving forward there are still many outstanding questions, such as:

At least one of these questions, whether the agency will appeal, most likely will be answered this summer. The outcome of that decision and the subsequent unfolding series of events will not only greatly impact Zen Magnets but also administrative litigation involving the CPSC for years to come.