On July 27, 2017, the United Kingdom Financial Conduct Authority announced, without specifying a replacement, that it would phase-out the London Interbank Offer Rate (LIBOR) by the end of 2021. LIBOR, a rate measured by short-term borrowing among large banks, has for decades been the reference rate underlying trillions of dollars’ worth of global financial transactions. In real estate, LIBOR is common among floating rate loans, where interest on loan proceeds often accrues at LIBOR plus a spread. However, volatility during the 2007-08 financial crisis, manipulation scandals, and a scarcity of transactions on which LIBOR is based have hurt LIBOR’s relevance, hence the need for a replacement.

To fill this void, industry participants have discussed a number of LIBOR substitutes, though a consensus has yet to develop. The most discussed LIBOR substitute proposed to date, originating from the Federal Reserve System’s Alternative Reference Rates Committee, is known as the secured overnight financing rate, or SOFR. First published on April 3, 2018 by the Federal Reserve Bank of New York, SOFR is a Treasury repo-financing rate based on the overnight cost of borrowing cash collateralized by Treasury securities. One of SOFR’s primary advantages is that it covers a broader range of transactions than LIBOR and is therefore less susceptible to manipulation. SOFR’s adoption is not mandatory, so it remains to be seen whether it or another substitute rate will prevail.

It is therefore premature to use specific substitute rates in loans maturing after 2021. Instead, lenders and borrowers must agree on loan document language that is mindful of LIBOR’s phase-out while maintaining flexibility. Practitioners will note that this is not very different from the status quo, as most LIBOR-based loan documents already have contingency language that contemplates LIBOR’s unavailability. This language may include substitute rates such as the federal funds rate, the prime rate, or a rate that the lender will, in its sole discretion, select in the future. Given the hypothetical nature of LIBOR’s disappearance, borrowers have not previously had an appetite for negotiating substitute rates. With the LIBOR phase-out now certain, these substitutes deserve more scrutiny.

A simple, if vague, solution is to require the lender to use “good faith” in determining a “reasonable” substitute rate, instead of allowing the lender to select a rate in its sole discretion. Borrowers preferring more specificity can reference the post-LIBOR prevailing industry standard or the rate adopted by a specific banking authority or trade organization (e.g. the International Swaps and Derivatives Association). Another option is to adjust the spread so that the “all in” rate on the date that the interest rate converts to a substitute is equal to the “all in” rate on the last determination date LIBOR was available. This avoids a sudden jump in interest expenses, with the caveat that the borrower still needs to be careful in negotiating the underlying substitute rate.

These are just a few examples of the options available to lenders and borrowers. Whatever language they may agree upon, practitioners should take care to at least raise LIBOR’s phase-out with their clients and discuss the best approach. The transition away from LIBOR promises to be orderly, but it is best not to be caught unaware. 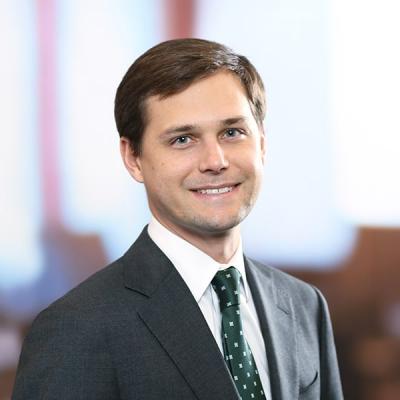