The Federal Arbitration Act (“FAA”), 9 U.S.C. § 1, et seq., does not contain an express preemption provision, nor was it intended to be the exclusive codified arbitration law in all circumstances.  However, the United States Supreme Court has repeatedly taught that where the FAA applies, it is deemed to supersede state laws that are inconsistent with its provisions and purposes.  Yet recent decisions by the highest courts of North Carolina and New Hampshire provide examples of continued efforts by state courts to chip away at the preemptive effect of the FAA concerning the interpretation and enforcement of arbitration agreements and the confirmation or vacatur of arbitral awards.

When Congress enacted the FAA in 1925, courts generally interpreted it as a procedural law applicable only in the federal courts, while states largely regulated arbitration by means of contract law. However, nearly six decades after enactment of the FAA, the Supreme Court indicated that it was actually substantive law, see Southland Corp. v. Keating, 465 U.S. 1 (1984), and thus changed the arbitration landscape.  Consequently, for example, when the FAA applies, state contract laws generally govern the validity and interpretation of arbitration agreements, but only insofar as such state law does not treat such agreements differently from any other agreement.

State courts have nevertheless sought from time to time to chip away at this preemption principle. Here are a couple of recent examples.

In King v. Bryant, 795 S.E.2d 340 (N.C. 2017), the Supreme Court of North Carolina declined to enforce an arbitration agreement between a surgeon and patient, finding that the physician had obtained the agreement by breaching his fiduciary duty to the patient.  The patient had brought a medical malpractice suit against the surgeon, and the surgeon sought to compel arbitration by enforcing an arbitration agreement that provided that the FAA would govern and that the health care dispute procedures of the American Arbitration Association (“AAA”) would apply.

The North Carolina trial court (the Superior Court) refused to compel arbitration based on its finding that the apparent agreement was only an “agreement to agree” and not an enforceable contract. The Court of Appeals reversed on that point and remanded, directing the Superior Court to consider the facts through the lens of the North Carolina law that “fiduciary relationships create a rebuttable presumption that the plaintiff put his trust and confidence in the defendant as a matter of law.”  On remand, the Superior Court again declined to enforce the arbitration agreement, this time finding that the surgeon had breached his fiduciary duty to his patient by, inter alia, effectively “hiding” the arbitration agreement among routine paperwork the patient had signed on his first visit to the surgeon’s office.

The Court of Appeals affirmed, noting again that the FAA applied, but finding that the arbitration agreement was procedurally and substantively unconscionable under state contract law, and thus void, “given defendants’ failure to take ‘any active steps, in accordance with their fiduciary duty, to make a full, open disclosure of material facts to [the patient] before he signed the arbitration agreement.’” King, 795 S.E. 2d at 346-47. (internal citations omitted).

On further appeal, the North Carolina Supreme Court ultimately affirmed the decision of the Court of Appeals, holding (i) that the physician owed a fiduciary duty to the patient under state law; and (ii) that he breached this duty “by failing to make full disclosure of the nature and import of the arbitration agreement to [the patient] at or before the time that it was presented for [the patient’s] signature.” Apparently anticipating an argument that its holding was discriminatory vis-à-vis arbitration agreements, the court noted “we would have reached the same result on these facts with respect to any agreement that substantially affected [the patient’s] substantive legal rights.”  (But there is some question as to whether an agreement to arbitrate – seemingly an agreement on procedure – affects a “substantive” legal right.)

[S]ince the breach of fiduciary duty defense to enforcement of the agreement that we uphold in this case does not apply only to arbitration or derive its meaning from the fact that an agreement to arbitrate is at issue, a refusal to enforce an arbitration agreement on that basis does not stand as an obstacle to the accomplishment and execution of the full purposes and objectives of Congress. Instead, consistently with Prima Paint Corp. v. Flood & Conklin Manufacturing. Co., 388 U.S. 395, 403-04, 87 S. Ct. 1801, 1806, 18 L. Ed. 2d 1270, 1277 (1967), our decision simply recognizes that a claim of fraud in the inducement of the arbitration agreement itself—an issue which goes to the making of the agreement to arbitrate—is one that a court may proceed to adjudicate.  As a result, our decision to refrain from enforcing the arbitration agreement at issue in this case is not precluded by the doctrine of federal preemption.

In any case, this holding arguably conflicts with the U.S. Supreme Court’s analysis in AT&T Mobility v. Concepcion, as two dissenting North Carolina justices in King pointed out.  Chief Justice Martin, dissenting, opined that the majority’s holding was untenable under Concepcion, which “squarely held that the use of even a doctrine like unconscionability—which can be applied to any contract, even one that does not contain an arbitration clause—can be preempted by Section 2 of the FAA when the doctrine ha[s] been applied in a fashion that disfavors arbitration….By declining to reach the unconscionability issue and focusing on constructive fraud instead, the majority artfully tries to evade federal preemption.”  To him, the majority applied the constructive fraud doctrine discriminatorily to disfavor arbitration, contrary to the FAA’s clear prohibition against such an application.

In Finn v. Ballentine Partners, LLC, 169 N.H. 128 (2016), the New Hampshire Supreme Court decided that the FAA’s provisions on confirming and vacating arbitration awards, 9 U.S.C. §§ 10, 11, do not preempt New Hampshire state rules in that regard because the FAA preempts only those state laws that discriminatorily invalidate an arbitration agreement.  The New Hampshire Supreme Court opined that no federal policy requires that arbitration be governed by a single set of procedural rules, set out in the FAA, in all circumstances; rather, the court said, federal policy is simply to ensure the enforceability, according to their terms, of private agreements to arbitrate.  The Court held that, while the FAA applied in the case, a state statute that provided broader bases for vacatur of an arbitral award than does the FAA did not impede the enforcement of an arbitration agreement or make a drastic change to the procedures by which arbitration was to be conducted, and as such, that that state law was not preempted by the FAA.

The case concerned applications to confirm or vacate an arbitration award in favor of the ousted founder of a company, who had challenged her termination in arbitration. After obtaining a favorable $6.5 million award, she learned that the company profited from its restructuring efforts, and she commenced a second arbitration.  The respondent company argued that her claims had already been adjudicated in the first arbitration, that res judicata applied, and that she should not get a second bite at the apple on the same claims.  But the second arbitration proceeded and resulted in an award of another $600,000 in her favor.

The New Hampshire Supreme Court vacated the second award, relying on a state statute that enables courts to vacate an award for “plain mistake,” a ground that is not provided in the FAA.  The founder argued that the FAA preempted the state statute, but the court “conclude[d] that §§ 9-11 of the FAA apply only to arbitration review proceedings commenced in federal court.”  The court reasoned that since most of the pertinent state court cases that the U.S. Supreme Court had reviewed addressed the enforcement of arbitration agreements, the enforcement of such agreements is the limit of the FAA’s preemptive effect in state courts.  Thus, the New Hampshire Supreme Court opined that state laws other than those that have the potential to invalidate an arbitration agreement are not preempted by the FAA.  On that premise, the court held that a New Hampshire statute that concerns only the grounds for vacating an arbitration award was not preempted by the FAA.  Unfettered by the FAA, the court found that the arbitrator’s failure to apply res judicata was a “plain mistake,” and the court thereupon vacated the $600,000 second award.

However, the New Hampshire Supreme Court decision appears to conflict with U.S. Supreme Court authority that the FAA limits the grounds upon which a court may vacate an arbitral award. See Hall St. Assocs., L.L.C. v. Mattel, Inc., 552 U.S. 576 (2008).  The more expansive New Hampshire statute governing vacatur is inconsistent with the FAA, which provides very few grounds for judicial review of arbitral awards, see, 9 U.S.C.S. § 11(a)-(c), and makes them exclusive, 552 U.S. at 586.  Moreover, the U.S. Supreme Court opined in Stolt-Nielsen, SA v. Animal Feeds Int’l, 559 U.S. 662 (2010), that whether the arbitrators decided a particular issue “correctly” is not a factor in a court’s analysis of a petition to confirm or vacate an award. Only when an arbitrator strays from the interpretation and application of the agreement and effectively dispenses his or her own brand of justice does the award become questionable. Stolt-Nielsen, 559 U.S. at 663.  In sum, if FAA §§ 10 and 11 did apply in the Finn case in New Hampshire state court, the “plain mistake” review of the arbitral award case was erroneous.

A Firm Reminder by the U.S. Supreme Court

In Kindred, the U.S. Supreme Court identified Kentucky’s decision invalidating an arbitration agreement in a nursing home contract, based ultimately on waiving a jury trial, as an effort to circumvent the FAA.  The Supreme Court also indicated that state law is not the sole source of law governing the question of arbitral contract formation.  The Kindred opinion elaborates on the principle that the FAA indeed preempts state laws that discriminatorily have the effect of nullifying agreements to arbitrate.

The recent decisions by these two state Supreme Courts suggest that either (a) notwithstanding repeated and seemingly clear instructions from the U.S. Supreme Court that the FAA preempts inconsistent state laws concerning arbitration, state appellate courts continue to seek to reserve additional authority to decide the fate of arbitration agreements and awards within their borders; or (b) state courts do not appreciate the meaning or application of Concepcion and other Supreme Court decisions that describe the scope of the FAA’s preemptive effect, now including another strong decision in Kindred.

Either way, clients ought to be mindful of the remaining significant disparities among states in how their local courts may treat an agreement to arbitrate and the enforcement of arbitral awards. We encourage businesses that utilize arbitration agreements to seek state-specific advice, and, where possible, to consider pursuing removal of related judicial proceedings to federal court where possible. 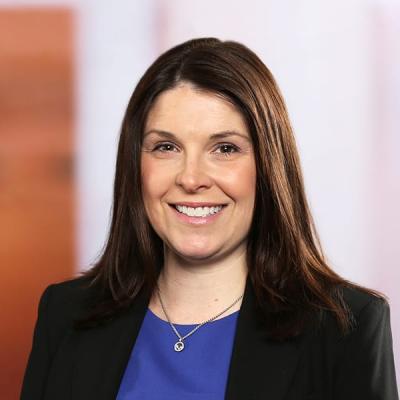 Katharine O. Beattie is an employment litigator at Mintz who represents clients in federal and state courts and before arbitrators and administrative agencies. She handles matters involving discrimination, harassment, leaves of absence, wage and hour disputes, and more.