In January, in Part I of this post, we discussed the “relevance” factor in determining the discoverability of litigation funding agreements and correspondence with funders.  (For these purposes, the word “litigation” means adjudicated dispute resolution generally.)  As we indicated there, efforts to obtain such discovery typically encounter strong objections based on their irrelevance to the parties’ claims and defenses.  In addition, funded parties have typically opposed such discovery by asserting attorney-client privilege and the work product doctrine.  In this post, we discuss developing authority concerning whether a party’s (or its counsel’s) litigation-related communications with a third-party funder -- either prospective or contracted -- are privileged or whether they effect a waiver of the attorney-client privilege and/or work product protection.

The state of the pertinent law and rulemaking is nascent and developing, and so caution is warranted.  Anyone exploring third-party funding of an arbitration, for example, should recognize the considerable risk of rulings inconsistent with the authorities discussed here.  However, both rules and caselaw concerning the practical issues are emerging.

Communications between client and counsel concerning the strengths and weaknesses of a claim or discussing case strategies are protected by both the attorney-client privilege and work-product doctrine.  Few courts and fewer arbitration-administering organizations have addressed the privilege-related implications of sharing confidential analyses and materials with a third-party funder.[1]  Most early guidance focuses on whether (a) the disclosure in arbitration of existing third-party funding or (b) the communication of privileged information to a third-party funder constitutes a waiver of attorney-client privilege.

One question that courts are currently grappling with is whether counsel can share litigation-related client communications and lawyer impressions with a prospective funder and still avoid a waiver of privilege and/or work product protection by having a non-disclosure agreement (“NDA”) with the non-party funder.  That question turns on the courts’ application of the common interest doctrine.  The U.S. federal courts are divided and inconsistent in their analyses and holdings in that regard.

For example, the California District Courts are split on whether disclosure to a funder effects a waiver of attorney-client privilege.  In Odyssey Wireless, Inc. v. Samsung Elecs. Co., 2016 U.S. Dist. LEXIS 188611 (S.D. Cal. Sept. 19, 2016), the court held that documents disclosed to a third-party litigation funder did not waive work product protection, relying on authority from Illinois and Texas, because a third party funder shared a common interest with its litigant-client.  However, in Berger v. Seyfarth Shaw LLP, 2008 U.S. Dist. LEXIS 88811 at *7-*8 (N.D. Cal. 2008), the court held that the common interest doctrine did not apply because it originally concerned situations of multiple litigants represented by common counsel, and even though the doctrine is applied more broadly now, a litigation funder is nothing like a co-litigant and has more of a financial interest than a litigation interest.

Courts sitting in Delaware are also divided.  At least one Delaware state court has concluded that litigation funding documents -- in this case, communications between a claim holder and a third party funder aimed at finalizing a funding agreement -- that were created for litigation and “business” purposes (i.e., the business of litigation funding) remained covered by work product protection.  See Carlyle Investment Mgmt. L.L.C. v. Moonmouth Co. S.A., No. 7841-VCP, 2015 Del. Ch. LEXIS 42 at *28-*30 (Del. Ch. Feb. 24, 2015).  The Carlyle court held that, in the context of third-party funding, the overlap between business and litigation reasons for the creation of the disputed documents was more extensive than usual, but “[t]he policies underlying the work product doctrine . . . favor[ed] a finding of protection.”  Id. at *30.  It reasoned that, to obtain financing from a third party, the claim holder would need to convince the prospective funder of the merits of the case, which could require sharing counsel’s mental impressions, theories, and strategies, and the nature of that information tipped the scales in favor of a finding that dual-purpose business and litigation funding documents should ultimately be protected as work product.  Id. at *28.

But the federal court in Delaware held otherwise, notwithstanding the existence of a written common interest agreement between the litigant and its funder.  In Leader Techs. Inc. v. Facebook, Inc., 729 F.Supp. 2d 373 (D. Del. 2010), the plaintiff objected to a magistrate judge’s denial of common interest privilege protection for documents showing the discussion of a contemplated litigation financing arrangement.  Id. at 375-376.  The District Court found no clear error in the magistrate’s findings, as plaintiff Leader had failed to meet his burden of proving a proper basis for common interest privilege protection, and he did not argue that the lower court misapplied the law.  Id. at 376-377.  Indeed, the court indicated that the law concerning the common interest doctrine in a litigation-funding context is unsettled, and that truth-seeking policy considerations favor disclosure.

Elsewhere, a party’s use of an NDA with its funder helped it preserve work product protections.  See Mondis Tech., Ltd v LG Elecs., Inc., No 2:07-cv-565-TJW-CE, 2011 U.S. Dist. LEXIS 47807 at *17 (E.D. Tex. May 4, 2011).  In Mondis, the court held that documents created with the intention of coordinating potential investors to aid in future possible litigation, and communicated subject to an NDA, did not waive work product protection because the NDA reduced the likelihood that an adversary would come into possession of the materials in question.  Id. at *16-*17.

For now, one may reasonably expect continued inconsistency among the courts until the pertinent law matures and a convergence of judicial decisions occurs.  While the courts and arbitration-administering organizations race to address issues concerning the use of third-party funding arrangements, caution is advisable.

For example, while the desire to obtain third party funding can tempt litigation counsel to try to over-“sell” the funder on the case, most funders are capable of robust independent investigation and analysis, or will retain independent counsel to assist in their decisions.  Consequently, sharing a comprehensive written analyses of claims may add little to the funder’s screening process while creating significant disclosure risks.

Considering the unsettled nature of the applicable law, we advise that litigants considering or engaged in a third party funding arrangement take the following precautions: (1) execute a non-disclosure agreement with the funder; (2) when sharing anything with a funder, recognize the risk of discovery, and draft accordingly; (3) share only redacted versions of documents to protect particularly-sensitive material; and (4) resist oversharing.

[1]  The Hong Kong International Arbitration Centre (“HKIAC”) recently promulgated rules explicitly authorizing parties, otherwise bound by its confidentiality restrictions, to “disclos[e] or communicat[e] such [confidential] information to its existing or prospective funders.”  (HKIAC Art. 45.3(e)).  The HKIAC also requires that “a funded party must disclose the existence of a funding agreement, the identity of the third party funder and any subsequent changes to such information.” (HKIAC Art. 44). 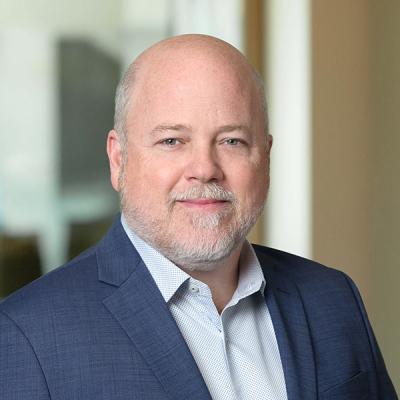