Section 505 of the Copyright Act provides that, in a copyright infringement action, the court may "in its discretion" award costs to a prevailing party.  In addition, the provision provides that the court "may" award a prevailing party its reasonable attorney's fees as part of the award of costs.  Despite this language, many litigants have taken the position that the prevailing party (whether it is the plaintiff or the defendant) is entitled to an award of fees and costs in most cases.   The First Circuit recently affirmed, however, that the permissive language in Section 505 means what it says:  the award of attorney's fees and costs to a prevailing party is discretionary, not mandatory, and can be denied even where the asserted claims/defenses are considered weak.

The decision arose from a dispute between Airframe Systems, Inc. and L-3 Communications.  Airframe licensed certain software to L-3.  The license included some use restrictions.  At some point, an Airframe employee allegedly acted without authorization by copying some unspecified version of Airframe's source code onto L-3's computer system (in a manner not covered by the license).  Airframe later became aware that unspecified portions of its source code had been copied onto L-3's computer system and responded by filing a copyright infringement suit against L-3.   L-3 moved for summary judgment, arguing that Airframe failed to produce sufficient evidence to support a prima facie case of copyright infringement. In opposing the motion, Airframe submitted a declaration from its software designer attesting to the "similarities between the accused software and the 2009 version of the Airframe software.  Because the 2009 software version was not registered and was insufficient to establish the content of the source code version covered by Airframe's prior registrations, L-3 argued that Airframe could not prove the requisite "substantial similarity" between the accused and allegedly infringed software.  The district court agreed with L-3, but denied its request for an award of its attorney's fees.

Both parties appealed.  The First Circuit appeal the district court's award of summary judgment to L-3, agreeing that Airframe failed to produce evidence that L-3 copied at least one of the software versions covered by its copyright registrations.  This result highlights the need for copyright owners to register the original and all subsequent versions of software and to maintain historical records of each version.  Had Airframe done so in this case, the outcome could have been very different and probably would not have ended at summary judgment.

As to attorneys' fees, the Court affirmed the denial of fees.  Here, the First Circuit reviewed the Supreme Court's Fogerty standard and its own decisions, such as Garcia-Goyco and Latin Am. Music Co.), which interpreted Foley as allowing an award of attorney's fees if the claims are "objectively quite weak."  But what does that mean?  Frivolous?  Objectively weak?  Weak?  Here, L-3's lawyers argued that Airframe's claims were "doomed to fail for lack of proof from the outset."  Remember, Airframe had neither registered the software at issue nor had it maintained the version copies necessary to prove its claim.  The Court stressed that Section 505 permits, but does not require, an award attorney's fees where the opposing party's claims are objectively weak.  Therefore, a court may, in its discretion, deny a fee request even when the losing party's claims are weak.  Moreover, the Court stressed that it is very difficult to overturn a district court's denial of fees on appeal.  The review of a fee award (or lack thereof) to a prevailing party is, to use the First Circuit's characterization, "extremely deferential."  Thus, the Court affirmed that district court's denial of an award of fees to L-3, noting the "early stage at which the present case was resolved [on summary judgment.]"

As many parties to copyright litigation consider the possible award of attorney's fees when evaluating the risks and rewards of copyright infringement litigation, this decision stands as a stark reminder that a prevailing party is by no means entitled to such an award.  In fact, an award may be unlikely even where the claims are clearly weak.  Can't help but wonder, though, whether the outcome would be different if the plaintiff/copyright holder prevailed. 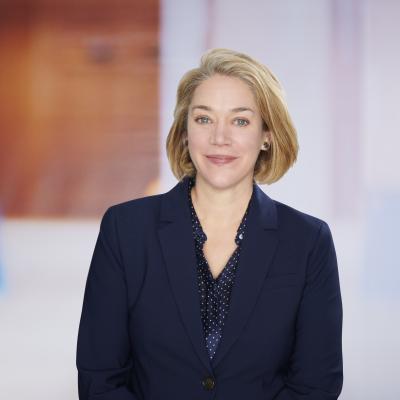