In a noteworthy recent decision addressing the parameters of damages in commercial litigation, the Massachusetts Supreme Judicial Court (SJC) affirmed an order excluding expert testimony concerning future lost profits damages relating to “yet-to-be conceived future products.” In LightLab Imaging, Inc. v. Axsun Technologies, Inc., SJC-11374 (July 28, 2014), the SJC held that the trial court was well within its discretion to exclude an expert economist’s testimony in support of a plaintiff’s claim for future lost profits based on a “hypothetical new product” and extending more than twenty years beyond the term of the contract at issue. In so doing, the SJC took the opportunity to reiterate that a court’s role as “gatekeeper” does not end upon the expert’s invocation of a generally-accepted methodology. Rather, a court must still evaluate the reliability of the offered testimony, including, in the context of lost profit damages, the projections and assumptions underlying it. Where the underlying forecasts are based on assumptions that are too speculative as a matter of law, such testimony is appropriately excluded.

LightLab Imaging involved a commercial dispute over optical coherence tomography (OCT) systems used to image human coronary arteries. The plaintiff and one of the defendants were parties to a supply agreement, pursuant to which the defendant was to supply lasers for use in the plaintiff’s OCT systems exclusively through April 2014, with non-exclusive supply rights for two years thereafter. During the course of the supply agreement, the second defendant – one of the plaintiff’s competitors who had not yet entered the OCT market – acquired the first defendant and, through due diligence, received access to certain of the plaintiff’s alleged trade secrets. The plaintiff sued both companies, alleging that the defendants’ conduct interfered with a joint development relationship that would have led to future innovations of the lasers being supplied to the plaintiff and stripped the plaintiff of its “first-mover advantage” in the OCT market. The case proceeded to trial in three phases: liability, damages, and injunctive relief. In the liability phase, the defendants were found liable for misappropriation of trade secrets, breach of contract, and tortious interference with contract.

The plaintiff’s primary damages claim was for future lost profits, including alleged profits running twenty years past the expiration of the supply agreement (through 2034), and for “future generation” OCT products that had not yet been designed, or even conceived of. In support of the claim, the plaintiff offered the expert testimony of an economist, who estimated that the plaintiff would suffer millions of dollars in lost profits due to alleged loss of the first-mover advantage in the OCT market. The expert economist purportedly based his calculation on the discounted cash flow (DCF) method, a generally-accepted and fairly common method used to calculate lost profits.

The trial court excluded the portion of the expert’s testimony concerning lost profit damages after the April 2014 expiration of the supply agreement and for any future generation OCT products, holding first that the expert’s methodology did not satisfy the requirements set forth in Daubert v. Merrell Dow Pharmaceuticals, Inc., 509 U.S. 579 (1993) and Commonwealth v. Lanigan, 419 Mass. 15 (1994), and second, that the expert’s testimony was “too speculative and conjectural as a matter of law.” In response to the ruling, the plaintiff determined that it was unable to proceed with evidence of lost profits at trial, and the parties stipulated to non-lost profits damages in the amount of $200,000.

On direct appellate review, the SJC affirmed the trial court’s exclusion of the expert testimony on both grounds. First, the SJC affirmed the court’s ruling that the proffered testimony failed to satisfy the Daubert-Lanigan test, and in doing so, rejected the plaintiff’s argument that a court’s gatekeeping inquiry should end once the court determines that the expert’s methodology is generally accepted. Instead, relying on its earlier decision in Lanigan, the SJC reinforced that a court must assess both the validity of the underlying methodology and “‘whether that…methodology properly can be applied to the facts in issue.’” Here, although the plaintiff’s expert utilized a generally-accepted methodology, DCF, the trial court properly held that that methodology failed to support any quantification of the first-mover advantage.

Second, the SJC separately held that the trial court did not abuse its discretion in determining that the expert’s opinion was too speculative as a matter of law because the forecasts that the expert plugged into his DCF model were based on “as-yet undeveloped products” for which the plaintiff had not obtained the regulatory approval necessary to bring those products to market, and where the plaintiff neither had a history of profitable sales nor had conducted any market research that would support its forecasted lost sales and profits.

LightLab Imaging clarifies the standard that governs the admissibility of expert testimony concerning future lost profit damages in commercial litigation. Plaintiffs should be cognizant that courts will closely scrutinize proffered expert testimony, even when it is based on a generally-accepted and common methodology, and defense counsel should be prepared to challenge such testimony when it is based on speculative or unsupported assumptions. 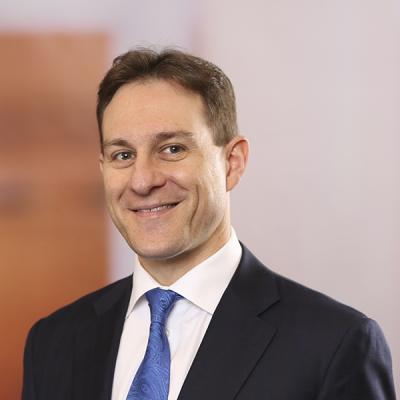