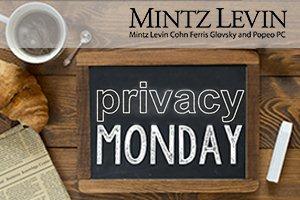 Spring has finally arrived on the East Coast, and not a moment too soon.

Here are 3 privacy & security bits and bytes to start your week.

Fascinating piece by a reporter who has been looking at cybersecurity/cyberwarfare issues for 15 years.  "You don't have to be a superpower to inflict damage on US corporations...."  Watch the entire story here.  (Full disclosure - Mintz client Cylance is prominently featured in this story.)

Now that you have seen the 60 Minutes eyeopener, read the latest study released by RSA, The Security Division of EMC, just ahead of next week's RSA Conference in San Francisco.   The opening few lines preview the content of Failures of the Security Industry: Accountability and Action Plan:

This is one you have to see - IT Governance, a UK consultancy, has a blog post with pictures -- screen shots from live TV broadcasts that leaked passwords.  Including one from the Super Bowl:  a live shot showing the credentials for the stadium's wireless network.   Take a look at the article and pictures here.