Recently, the First Circuit opined that a dispute involving a provision in a chapter 11 sale order did not “arise in” the bankruptcy case merely because the sale was approved by the bankruptcy court and the sale order included a “retention of jurisdiction” provision.   Gupta v. Quincy Medical Center, 2017 WL 2389407, Case No. 15-1183 (1st Cir. June 2, 2017).  The First Circuit recognized that “retention of jurisdiction” provisions are not sufficient to establish “arising in” jurisdiction—instead the bankruptcy court must consider the nature of the proceeding to independently determine if the matter could arise only in the context of a bankruptcy case.

The facts underlying Gupta are relatively straightforward.  Quincy Medical Center (QMC) entered into an asset purchase agreement (APA) to sell substantially all of their assets to an entity created by Steward Health Care System (Steward).  The APA required Steward to offer new employment to all QMC employees that were employed immediately prior to the sale closing.  The APA also provided that if Steward terminated any employee after the sale closed, then Steward would be liable for severance pay.  Immediately after executing the APA, QMC filed for chapter 11 to consummate the sale and liquidate.    Both the sale order and the later order confirming the chapter 11 plan included provisions retaining the bankruptcy court’s jurisdiction to determine disputes arising under or relating to the APA.

The First Circuit explained that the “jurisdiction of the bankruptcy courts, like that of all other federal courts, is grounded in, and limited by, statute.”  The scope of bankruptcy court jurisdiction is found at 28 U.S.C. § 1334.  Bankruptcy courts, by reference from the district courts, have jurisdiction over “cases under title 11”, and “proceedings arising under title 11, or arising in or related to cases under title 11.”  The statute provides no clear definition of “arising under”, “arising in” or “related to” and the First Circuit “observed that the boundaries between these types of proceedings are not always easy to distinguish from each other.”

The former executives did not assert “arising under” or “related to” jurisdiction; rather, they only argued that their severance claims “arise in” the bankruptcy case “because the APA was approved by the bankruptcy court in the Sale Order pursuant to [the bankruptcy code], and . . . . [the sale order] may ‘only be issued by a bankruptcy court.’”  In essence, the former executives asserted a “but for” causation:  “but for Debtors’ Chapter 11 case and the Sale Order approving the sale of Debtors’ assets to Steward in the APA, their claims for severance pay would not exist.”

The First Circuit rejected the “but for” test, instead holding that to establish “arising in” jurisdiction, the relevant proceeding must have “no existence outside of the bankruptcy[;]” “‘arising in’ jurisdiction exists only if Appellants’ claims are the type of claims that can only exist in a bankruptcy case.”   Examples of “arising in” proceedings are typically administrative in nature – orders to turn over property, dischargeability of debts and assumption or rejection of contracts.  Because the former executives’ claims were in the nature of a state law breach of contract claim, the First Circuit determined that the claims did not “arise in” the bankruptcy case and, therefore, the bankruptcy court did not have subject matter jurisdiction to determine the dispute. 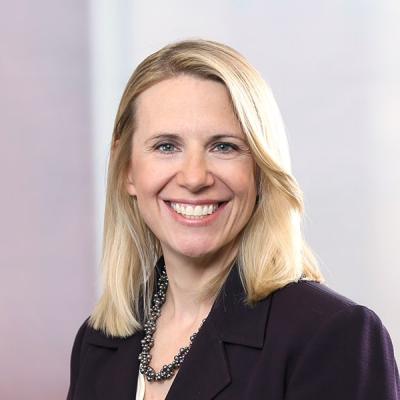 Adrienne K. Walker is a restructuring and commercial finance attorney at Mintz. Adrienne uses her bankruptcy litigation experience to advance creditors' rights and represent debtholders in Chapter 9 municipal bankruptcies. She handles bankruptcy matters and workouts in state and federal courts.