SCOTUS Sets a Clock on Disgorgement in SEC Enforcement Actions

The U.S. Supreme Court’s recent decision in Kokesh v. SEC imposes a five-year statute of limitations on agency-sought disgorgement in SEC enforcement actions, resolving a Circuit split and definitively categorizing disgorgement as a statutory “penalty” under 28 U.S.C. § 2462. That statute applies a five-year limitations period to any “action, suit or proceeding for the enforcement of any civil fine, penalty, or forfeiture, pecuniary or otherwise.”

The Court’s decision now precludes the SEC from seeking disgorgement of ill-gotten gains in enforcement actions where the fraud or misappropriation occurred more than five years before the date on which the SEC files its complaint. Prior to the Court’s decision in Kokesh, the Commission could seek disgorgement judgments for alleged violations occurring many years prior to filing a complaint.

In Kokesh, (No. 16-529, 581 U.S. ___ (2017)), the SEC alleged that over a fourteen year period between 1995 and 2009, Charles Kokesh used two investment adviser firms to misappropriate $34.9 million from business development companies, and was responsible for filing false and misleading SEC reports and proxy statements designed to conceal the fraud. In addition to seeking civil monetary penalties and an injunction preventing Kokesh from violating securities laws, the SEC also sought disgorgement of the $34.9 million, of which $29.9 million resulted from violations outside the limitations period. Following a jury verdict in the Commission’s favor, the district court held that the five-year limitations period in 28 U.S.C. § 2462 narrowed Kokesh’s civil penalty to the amount of funds he received during the limitations period, but left the disgorgement amount unrestricted, finding that disgorgement is not a penalty within the meaning of § 2462. The court ordered Kokesh to pay the full disgorgement amount of $34.9 million and imposed an additional $18.1 million in prejudgment interest.

The U.S. Court of Appeals for the Tenth Circuit affirmed, concluding that disgorgement is neither a “penalty,” nor a “forfeiture” under § 2462, and, accordingly, the five-year statute of limitations period did not apply to restrict disgorgement claims in SEC enforcement actions.

In its June 5th decision, the Supreme Court reversed, holding that disgorgement in the context of an SEC enforcement action constitutes a “penalty” within the meaning of § 2462. The Court advanced three primary rationales for this conclusion. First, courts impose disgorgement as a consequence of violating “public laws”—that is, the violation is committed against the United States rather than a private individual. Second, disgorgement is meant to deter future violations of securities laws; because deterrence is not incidental to disgorgement, but rather one of its purposes, the Court explained, disgorgement is “inherently punitive.” Third, disgorgement sometimes goes beyond being merely compensatory relief, leaving the defendant worse off.  For example, a tipper in an insider trading scheme may be ordered to disgorge profits gained by tippees who benefited from the inside information, even if the tipper herself never received any profits. Moreover, disgorged profits are paid to the district court, which has discretion to determine who will receive the money and how much will be paid; “[w]hen an individual is made to pay a noncompensatory sanction to the Government as a consequence of a legal violation, the payment operates as a penalty.” Accordingly, disgorgement is a “penalty” under § 2462, and the five-year statute of limitations period applies.

Four years ago, in Gabelli v. SEC, the Supreme Court held that § 2462’s five-year limitations period applied to monetary penalties, which begin to accrue when a defendant’s allegedly fraudulent conduct occurs. In so holding, the Court expressly rejected the “discovery rule” applicable in private claims for fraud—in other words, the five-year clock begins to tick when the conduct occurs, and not when the SEC discovers the alleged violation. However, the Gabelli Court expressly declined to address whether § 2462 applied to disgorgement or injunctive relief.

Last year, in SEC v. Graham, the Eleventh Circuit held that § 2462’s five-year limitations period applied not only to claims for disgorgement (as a “forfeiture” under § 2462), but also to declaratory relief (as a “penalty” because it is “backward-looking”), though not to claims for injunctive relief, which the court explained is an equitable, “forward-looking” remedy and therefore not a penalty within the meaning of § 2462.  In contrast, many other courts have held that § 2462’s statute of limitations does not apply to injunctive or remedial relief. The Court’s decision in Kokesh resolves the Circuit split on the issue of whether the five-year statute of limitations in § 2462 applies to disgorgement, but leaves open the question of whether injunctive and declaratory relief may also be subject to a limitations period. Moreover, in a footnote, the Court also seemed to leave open to future review whether courts have the power to order disgorgement in SEC enforcement actions at all, stating, “[n]othing in this opinion should be interpreted as an opinion on whether courts possess authority to order disgorgement in SEC enforcement proceedings or on whether courts have properly applied disgorgement principles in this context.” 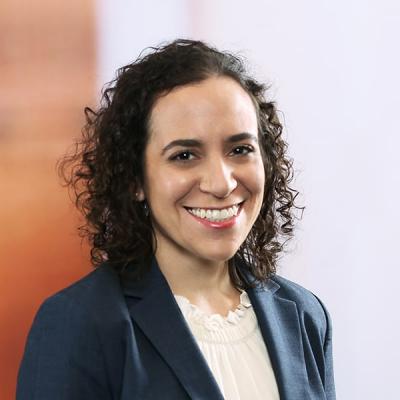