A company’s past NOLs can be used to offset taxable income in future years, subject to certain limitations. For companies that have operated at a significant loss and expect to turn a profit in the foreseeable future, the value of their NOL carryforward may be one of their most valuable assets on their balance sheet. Nowhere is this situation clearer than in the case of a publicly-traded life sciences company that has funded the clinical development of its product candidate(s) with rounds of capital-raising and now is on the verge of regulatory approval and product launch.

Yet the future use of these tax assets may be impaired if a company has had an “ownership change,” as defined in Section 382 of the Internal Revenue Code. This risk is especially a concern for publicly-traded companies whose ownership base is inherently fluid. Although the determination of whether an ownership change has occurred is fact specific and complex, one trigger is a change in the stock ownership of the company by more than 50% over a rolling three-year period. For determining whether such an ownership change has occurred, Section 382 focuses on the cumulative increases in the holdings of 5% or greater stockholders. [1] While highly technical rules and exemptions apply in construing these 5% or greater stockholders, which require the assistance of an experienced tax advisor, one thing should be self-evident to the board of directors of a publicly-traded company with significant NOL carryforwards: It is important to consider appropriate steps to protect and preserve these valuable tax assets from potentially being impaired by an “ownership change”.

For many companies, the answer has been to adopt a Section 382 Shareholder Rights Plan, or sometimes generically referred to as a Tax Benefits Preservation Plan (“NOL Rights Plan”). These companies have included well-known corporations such as AOL Inc., Ford Motor Company, J.C. Penney Corporation, Inc., Krispy Kreme Donuts, Inc. and American International Group, Inc. (AIG), as well as small-cap companies such as Onvia, Inc. and Nabi Biopharmaceuticals. In 2014, the number of publicly-traded companies adopting NOL Rights Plans hit a three-year high and a tie for the most such adoptions in any year since 1998, the first year in which a U.S. company adopted an NOL Rights Plan, according to FactSet SharkRepellent.

NOL Rights Plans are intended to deter a person from becoming a 5% or greater stockholder by providing that such a person would experience significant dilution by crossing that threshold (or, for existing 5% holders, acquiring additional shares) without approval of the board of directors.

Lastly, investor relations always play an important role in considering whether to adopt an NOL Rights Plan. How might the NOL Rights Plan’s low trigger (i) affect the company’s ability to raise additional capital, (ii) chill liquidity and/or (iii) impose monitoring costs on the company? Additionally, a company must consider Institutional Shareholder Services’ (ISS) policy towards Rights Plans generally and NOL Rights Plans specifically. While relatively few companies have put their NOL Rights Plan up for stockholder approval within 12 months of adoption as required by ISS, those that have done so have seen consistently good outcomes with the vote. Because companies adopt NOL Rights Plans to protect a significant asset, stockholders are generally supportive of the action. Accordingly, there appears to be little risk to companies adhering to ISS’s policy and submitting NOL Rights Plans for ratification by stockholders.

In conclusion, during and since the financial crisis starting in 2007/2008, many companies accumulated significant NOLs and as the economy and business conditions improve, many of those companies happily foresee themselves generating taxable income. The only question is whether they will have the NOL carryforwards that they thought they would to offset against that taxable income, or if they will have the unpleasant surprise of realizing that an “ownership change” has impaired those tax assets. It may be time for your company to start thinking about whether adopting an NOL Rights Plan today is right for you. 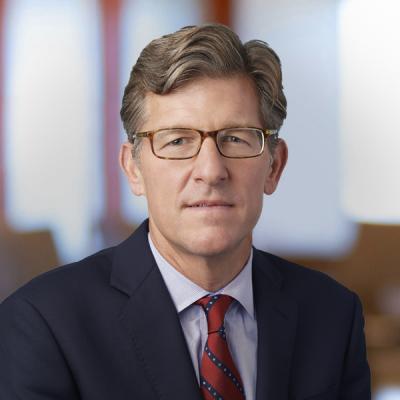 Matt regularly advises companies, board of directors, special committees, investment banks and investors in both buy and sell-side mergers and acquisitions and other strategic transactions. In addition, Matt counsels public companies on a broad range of corporate, securities and business-related matters, including capital-raising, fiduciary duties, corporate governance, SEC reporting and defensive measures.