Revenue Procedure 2022-19 (the “Revenue Procedure”), issued by the IRS, provides clarification and describes simplified procedures that allow S corporations, including limited liability companies (“LLCs”) that have made an S election and their owners, to resolve frequently encountered missteps — often without requesting a time-consuming and costly private letter ruling (“PLR”).

S corporations are subject to many restrictions that can create unintended “foot faults,” resulting in material adverse tax consequences. Many times these issues are discovered during the sale process as part of a prospective buyer’s due diligence and may require requests for PLRs that may postpone or even derail a potential sale transaction.

One of the most common issues relates to LLCs that elect to be classified as S corporations. LLCs are typically classified as partnerships for tax purposes, and their operating agreements include language that provides for different rights to distributions (referred to as “non-identical governing provisions”). Oftentimes, when an LLC elects to be classified as an S corporation, the owners of the LLC use an “off-the-shelf” operating agreement that includes partnership tax provisions. These provisions, in many instances, create a “second class of stock,” thereby invalidating the S election even if the LLC never made a non-pro rata distribution.

The Revenue Procedure provides clarification and a simplified procedure addressing this issue along with five other common taxpayer missteps. A corporation and each of its applicable shareholders are eligible for this corrective relief for “non-identical governing provisions” if all of the following requirements are satisfied:

The five other common missteps that qualify for a simplified relief procedure include the following:

Issues concerning the validity of a target’s historical S corporation status have the potential to affect deal pricing, drafting the purchase agreement, and the form of the transaction ultimately implemented. An invalid S corporation election can result in a buyer bearing the target’s historical unpaid corporate-level taxes (after the closing) indirectly as the owner of the target corporation or directly as the transferee of all of the corporation’s assets. Buyers normally mitigate this risk by requiring that the purchase agreement include a tax indemnity relating to the target’s qualification as an S corporation and requiring the seller to place in escrow a portion of the purchase price to the extent any potential tax exposure with respect to the target’s S corporation status is discovered during tax diligence. In addition, an invalid S corporation election may result in a buyer not receiving an asset basis step-up under section 338(h)(10)/336(e) of the Code, which election is predicated on a valid S corporation target. In response to this risk, a buyer may insist on structuring the transaction as an actual asset sale or use of an “F reorganization” structure rather than an acquisition of the stock of the S corporation in order to receive a step-up in the assets of the target S corporation.

We expect the clarification and simplified procedures contained in the Revenue Procedure to allow for speed and efficiency in due diligence and transactions, as well as reduce burdens on S corporations, their shareholders, and tax professionals, including a reduced amount of tax indemnities and escrowed funds relating to a target’s historical S corporation status and an increased willingness of the parties to structure acquisitions of an S corporation under Sections 338(h)(10)/336(e) of the Code.

For further information regarding the implications of the Revenue Procedure and how to take advantage of the simplified IRS procedures, please contact the authors or your Mintz relationship attorney. 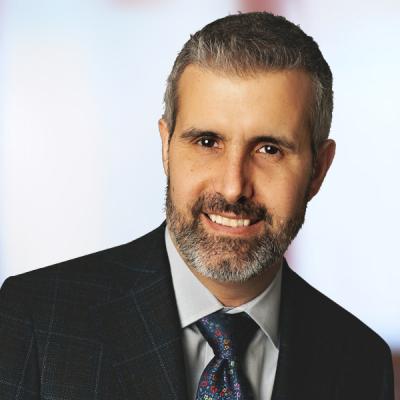 Timothy J. Santoli is a Member at Mintz and a seasoned tax attorney who focuses on US and international federal income taxation, including in relation to venture capital, private equity, and other transactions, fund formation, and bankruptcy.