Below are charts summarizing the number of US Life Sciences transactions compiled from Pitchbook* from January to June of 2021, as well as our assessment of the activity in the sector. Each quarter, the Mintz Life Sciences team will update the data to include a new quarter of transactions data and analysis. As the data set builds, we will provide insights gleaned from a review of the data and our experience in the industry.

Venture capital kicked off the 2nd quarter with a significant number of deals in the life sciences industry. In April, early stage VC deals represented the largest amount of activity with over 62 transactions. Late stage VC activity surpassed early stage VC later in the quarter with 60 late stage deals in June, compared to 42 early stage VC deals during the same month. At its peak in April, overall VC activity fell 7 deals short of last year’s 2nd quarter benchmark of 205. Monthly activity trends also reversed: May 2020 saw the largest amount of VC activity, while May 2021 observed the lowest VC deal flow.

PIPE transactions remained healthy during the 2nd quarter, with an increase in the number of deals year-on-year in April, May, and June. The total number of PIPE deals rose by 64% from last year’s 2nd quarter total. 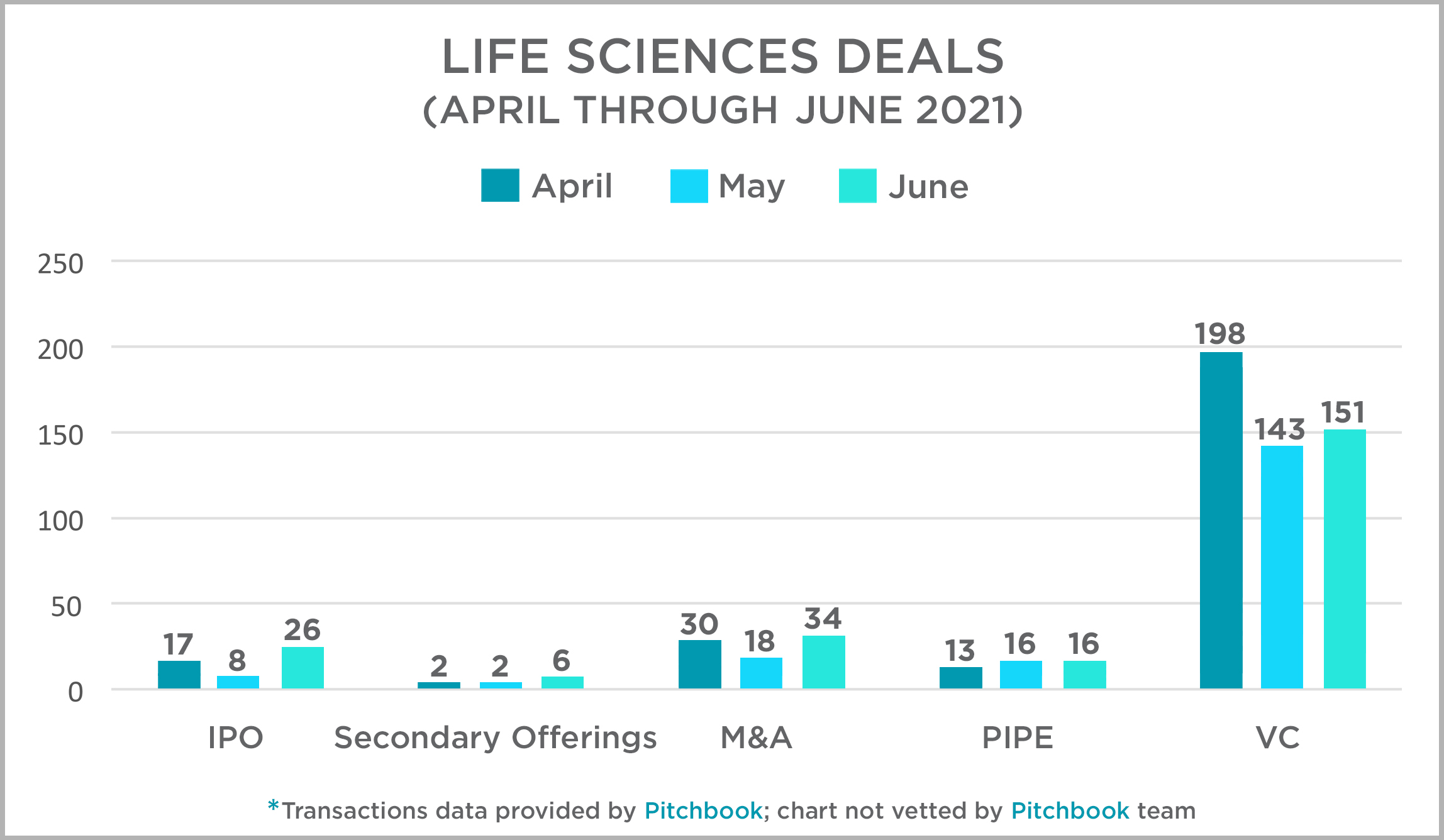 In the 1st quarter, merger & acquisition activity in the life sciences industry demonstrated stable growth. The total number of deals slightly increased from 57 in last year’s third quarter to 58 this quarter. Mid-quarter deals rose, as February 2021 saw an increase in the number of life sciences mergers and acquisitions, with 21 transactions total–around half the number of transactions seen in November 2020.

In contrast, venture capital activity in the life sciences proved robust the 1st quarter. Activity varied month to month, with the highest in January and the lowest deal flow in February, whereas March picked back up with 19 more deals. Overall VC activity increased by 21% from the previous quarter. This growth can be attributed to later stage VC activity, which rose by 35% this quarter.

PIPE transactions also observed stark growth during the 1st quarter, with an increase in the number of deals by 83% from the previous quarter. February represented the largest PIPE activity in the quarter. 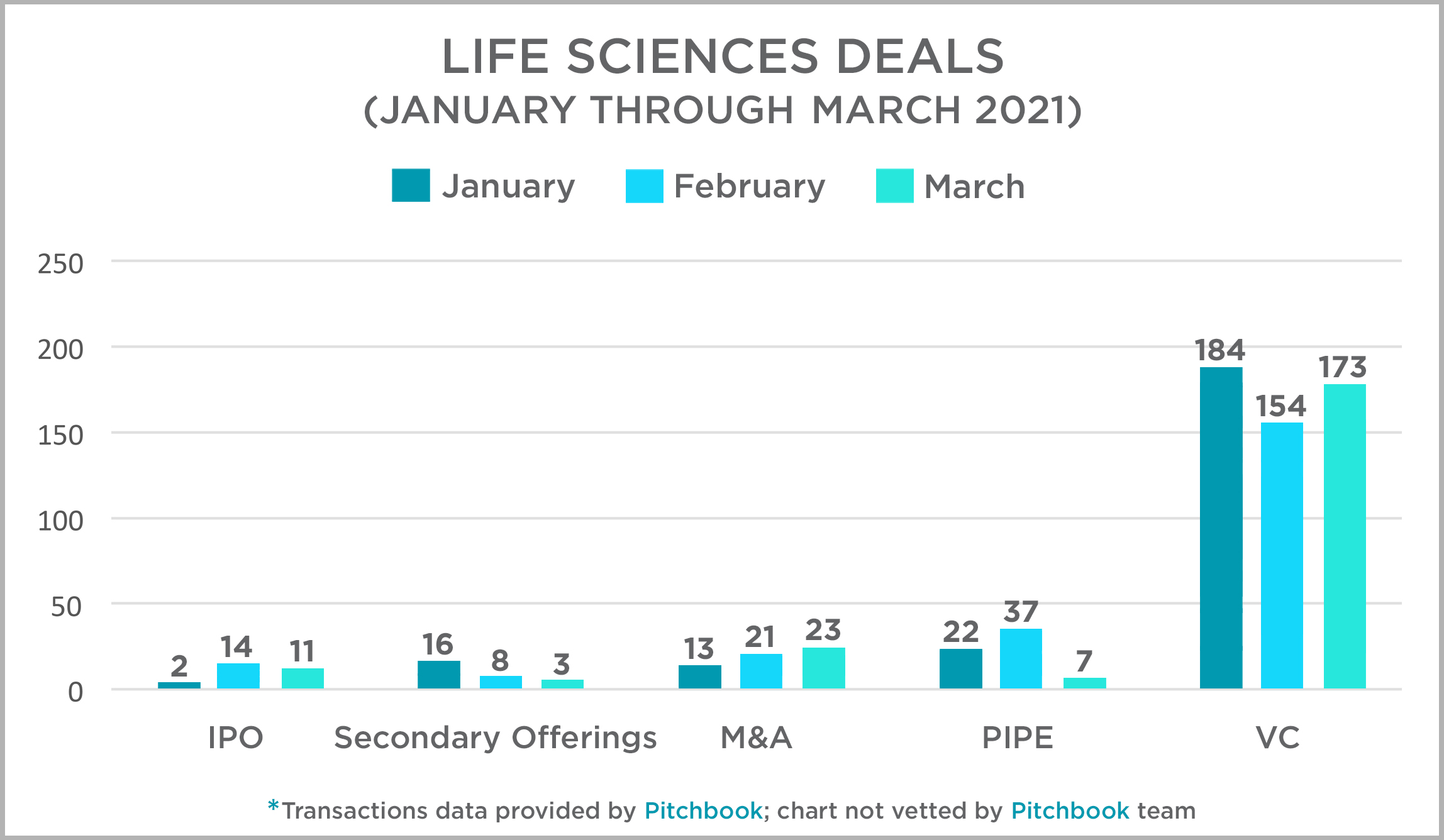 *Pitchbook defines Life Sciences as including "companies involved in dealing with living organisms and life processes, including biology, pharmaceuticals, biomedical technology, and nutraceuticals."