Nearly a year has passed since the SEC announced that it would require admissions of wrongdoing as a condition of settling SEC charges in certain cases. Perhaps it can no longer be called a “new” policy. But lawyers are still wrestling with questions about the policy and its consequences – both intended and unintended. How broadly does the new policy apply? How and when should the question of its application be addressed in a case? How will admissions under the policy affect other proceedings or D&O insurance coverage? I recently participated in a panel presentation on these and related topics at the ABA Section of Litigation Annual Conference, along with Lori Echavarria of the SEC’s Los Angeles office, Patricia Canavan of UBS, and Grant Fondo of Goodwin Procter.

To set the stage: the SEC’s prior policy, implemented in 1972, permitted a defendant to settle with the SEC without having to admit wrongdoing. The standard practice was to permit a defendant to settle charges without admitting liability, although the defendant could not publicly deny the allegations. But over the years a controversy developed regarding the wisdom of this policy, which gained prominence when Judge Rakoff rejected the SEC’s proposed settlement with Citigroup in 2011 because it did not require an admission of wrongdoing.  See SEC v. Citigroup Global Mkts. Inc., 827 F. Supp. 2d 328 (S.D.N.Y. 2011), stay granted, 673 F.3d 158 (2d Cir. 2012).

Just months after Mary Jo White was sworn in as the new Chair, she announced the SEC’s new policy requiring admissions in some cases. Subsequently, in a speech last September, Chairperson White identified the following classes of cases where admissions might be required as a condition of settlement:

It is important to note, however, that while the new admissions policy is certainly in place and being applied in such cases, the 1972 no admit/no deny policy has not been eliminated and cases can still be settled without admissions of wrongdoing. In another speech last October, Chairperson White also warned that the SEC would pursue “all types of violations of our federal securities laws, big and small,” commenting that “minor violations that are overlooked or ignored can feed bigger ones, and, perhaps more importantly, can foster a culture where laws are increasingly treated as toothless guidelines.”

Against this backdrop, the panelists discussed the first cases to “test” the SEC’s admissions policy, including Harbinger, JP Morgan, Scottrade, and Credit Suisse, and what lessons can be learned from those cases. The panelists observed that, despite the new policy, a defendant is still not required to admit wrongdoing for the bulk of cases settled by the SEC. This observation led to the natural question: when will the new policy apply? From the SEC’s perspective, the application of the policy is a matter of principle. If the facts are particularly egregious, the case might be targeted right away as falling under the admissions policy. In other cases, it might be a “close call” as to whether the policy should apply and thus, the decision might be made after the Wells process. In yet other cases, the policy might not apply at all. It is a case-by-case decision which is necessarily subjective. As for timing, there is no formal policy identifying the timeframe within which the SEC must decide whether to apply (or not) the admissions policy.

The panelists also discussed the potential consequences (intended or not) of the new policy, including the possibility that, upon an admission of wrongdoing, the Department of Justice might become interested in a case. This led to a further discussion of the quasi-criminal nature of an SEC investigation in these circumstances, even though SEC proceedings are civil.

The panelists also discussed whether, from a strategy perspective, defense counsel should approach the SEC at the outset of a case to determine whether it was likely going to fall within the new policy. Others questioned the wisdom of this approach on the ground that the SEC might not have considered a case as rising to the level of the new policy until approached and requested to consider it. On a related note, if a party decides to self-disclose, will that have an impact on the SEC’s decision to apply or not apply the new policy? Also will the new policy merely be used as a negotiating posture to demand higher sanctions? As to this latter question, the SEC has explained that the policy is not a settlement tool. Of course, if the SEC requires an admission, it is more likely that a defendant will test the SEC’s charges at trial. Does the SEC have the staff and resources to try more cases? One panelist noted that recently the SEC has lost more trials than it has won.

Lastly, the panelists discussed the impact that admissions might have on a party’s coverage under a directors and officers insurance policy. This is certainly a potential ramification of the new policy and defendants (who are insureds) should analyze their D&O policies to evaluate whether the policy’s exclusion against certain prohibited conduct would be triggered by an admission. And, if the policy’s exclusion would be triggered, would the exclusion bar coverage for all insureds or only the individual making the admission? These questions require insureds to evaluate their insurance carefully if they are subject to SEC oversight.

All in all, the panelists raised more questions than they were able to answer. Only time will tell to what extent the new policy will be applied and what, if any, impact that will have on parallel proceedings, the number of cases that go to trial, and insurance for parties impacted by this new policy. But even if they don’t know all the answers yet, defense counsel in SEC proceedings need to know the right questions to ask. 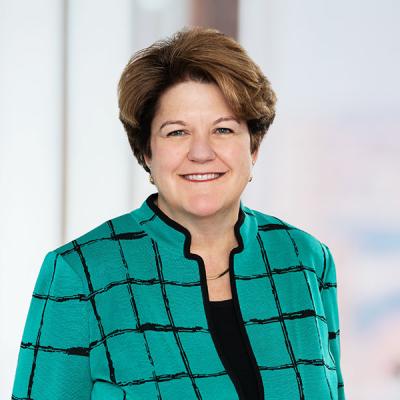