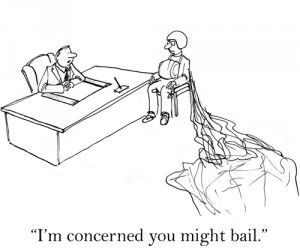 In Wells et al v. Daugherty Systems Inc., eight former DSI employees, who left to start a consulting firm named Aspirent, asked the court to prevent DSI from attempting to enforce their non-compete agreements. They did so in part because DSI was telling potential Aspirent clients that DSI was going to sue to enforce the non-competes, that the non-competes were enforceable and that the former employees were acting unethically. This case is somewhat unique because it was the former employees who sued. Usually, a former employer seeks immediate temporary relief and an injunction to prevent a former employee from competing because once the proverbial horse is out of the barn (i.e., their confidential customer information and customer relationships may be on the move), the employer can never be made whole and the only harm to the former employees is that they just have to find work with another employer that is not a competitor.

While each state’s non-compete law is different and the facts and circumstances of each case is different, there are certain broad policy statements in this decision of which employers should be mindful. As we say repeatedly, it is critical to ensure that any post-employment non-compete restrictions are narrowly drafted to ensure enforceability.