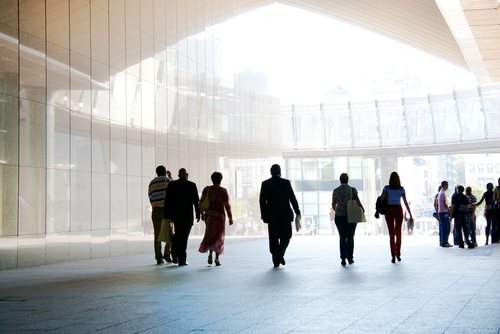 Written by Jennifer B. Rubin

In a pair of recent decisions, two courts interpreting California’s quirky non-compete law confirm that employee non-recruitment covenants in California are enforceable—but only if those covenants are necessary to prevent employee raiding.

Not so in California, where Section 16600 of the California Business & Professions Code for the most part restrains employers from restricting the free movement of—and competition with—personnel after employment terminates. Analyzing non-compete clauses that prohibit competition with an employer is pretty easy in California—absent special circumstances, non-compete clauses are strictly prohibited. But non-recruitment covenants—prohibiting employees from recruiting other employees to leave the employer after the employee departs—are not necessarily subject to the same strict scrutiny.

In MSC Software Corp. v. Altair Engineering, Inc., a federal district court sitting in Michigan but applying California law rejected a claim that a non-recruitment clause was void was a matter of California law. The court denied a motion for a new trial by two former employees after a jury awarded damages against them for breaching a non-recruitment clause in an employment contract. The court also allowed liability to be imposed on their new employer for tortious interference with that agreement.

Relying on the Loral decision—a California appellate court decision addressing the contours of a legally viable employee non-recruitment provision, the court noted that Section 16600 permitted an employer to restrain employees from “disrupting, damaging, impairing or interfering” with an employer’s business by “raiding” its employees.

Raiding of course implies concerted tortious conduct—which is distinct from an outright ban on hiring individuals who previously worked at a competitor, which § 16600 would seem to clearly prohibit. The dividing line for the court, therefore, rested on the facts that suggested the new employer had targeted specific personnel of the former employer for hire and used the former employees to assist the new employer in achieving those ends.

The same ban on employee “raiding” was confirmed just last week in Kindt v. Trango Systems, Inc., where a California superior court, following the reasoning outlined in the MSC Software case, reached the identical conclusion—that it is perfectly acceptable to impose a post-employment covenant restricting an employee from “soliciting, inducing, recruiting or encouraging” employees to terminate their relationship with a former employer. This type of covenant, the court concluded, was in the nature of an anti-raiding provision, which was perfectly acceptable—in contrast to a no-hire provision, which would not pass muster under California law.

On another topic, Kindt confirmed that post-employment customer non-solicitation clauses will be strictly construed in California pursuant to Section 16600. The employer in Kindt attempted to enforce a provision that restricted the employee from using confidential information and not trade secrets to solicit customers. This overly ambitious definition was at the employer’s peril—the court not only refused to enforce the covenant, it reversed a jury verdict and remanded the case for a new trial on the employee’s affirmative claims under Section 17200, which imposes liability for unfair competition.

These cases remind us that careful drafting—and pleading—are the best approach to dealing with California’s quirks.