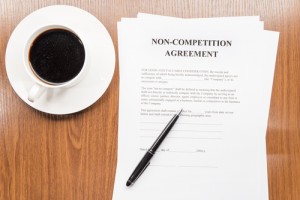 American Leisure sued Brutus and NFC in New York State court ultimately seeking to bar Brutus’ NFC employment based on a claim that Brutus breached the non-compete clauses in the offer letter and handbook and because NFC tortiously interfered with those contracts. NFC countersued American Leisure and its Vice President of Operations, Gail Hamilton, a former NFC employee, alleging that Hamilton breached her employee non-solicitation provision with NFC. The parties each cross-moved for summary judgment.

As to NFC’s counterclaim, the court looked more favorably on the restrictive covenants in the employment agreement between NFC’s predecessor and Hamilton, who left NFC in May 2010 to join American Leisure. Hamilton was subject to a two-year post-employment ban on soliciting NFC employees. In its counterclaim, NFC pointed to its loss of business from four key clients, arguing that Hamilton’s recruitment of NFC’s on-site managers led to American Leisure winning business from NFC’s clients. Distinguishing between the requirements of non-compete provisions (i.e., possessing proprietary or confidential information and being a unique employee) as opposed to non-solicitation provisions, the court noted that NFC has a legitimate business interest in protecting its client relationships and customer goodwill that it developed and that two years is reasonable for a non-solicitation provision under New York law. Because NFC “produced evidence of efforts to use NFC’s employees, and Hamilton’s use of NFC’s documents (including keeping an NFC computer with NFC documents on it), to lure NFC clients to American Leisure,” the court denied American Leisure’s motion for summary judgment.

The American Leisure case provides useful lessons to employers in drafting post-employment restrictive covenants, particularly non-compete provisions. Judges continue to disfavor overly broad provisions unrelated to any legitimate protectable interest. Accordingly, employers must be diligent in drafting precise and narrowly-tailored covenants in terms of, for example, geographic, temporal and customer scope. Employers should consider compensating employees during restricted periods to take advantage of the “employee choice” doctrine which takes the “reasonableness” inquiry largely off the table. Finally, including broad-based non-competes in an employee handbook distributed to all employees is, of course, disfavored and unlikely to be enforced absent evidence of other post-employment misconduct.