The indefiniteness standard has, until recently, been very high—only an “insolubly ambiguous claim” was considered indefinite (see, e.g., Honeywell Intern., Inc. v. International Trade, 341 F. 3d 1332, 1338–9 (Fed. Cir. 2003))—but recent events have made it easier to invalidate a claim as being indefinite.  In Nautilus, Inc. v. Biosig Instruments, Inc., the Supreme Court instituted potentially drastic changes to the jurisprudence of indefiniteness by eliminating the “insolubly ambiguous standard” and instead requiring that claims must inform a person of skill in the art as to their scope “with reasonable certainty.”  134 S. Ct. 2120, 2129 (2014).  Questions immediately arose as to how courts were going to apply this new test, as the Supreme Court provided no substantive discussion when laying it out.  The Federal Circuit has given  insight into its interpretation of this new standard with its first post-Nautilus indefiniteness decision, Interval Licensing LLC v. AOL.  2014 U.S. App. LEXIS 17459 (Fed. Cir. Sept. 10, 2014).  An examination of these two cases reveals important lessons for the wary patent prosecutor.

Nautilus Changes The Test For Indefiniteness

The district court construed the claim and then found that the claim was indefinite under pre-AIA § 112, ¶ 2, because the available evidence “did not tell [the court] or anyone what precisely the space should be [or supply] any parameters” for determining the appropriate spacing.  Id.  The Federal Circuit reversed, finding that the claim in question was amenable to construction and not insolubly ambiguous because the intrinsic evidence provided “certain inherent parameters” that to “a skilled artisan may be sufficient to understand the metes and bounds of ‘spaced relationship.’”  Biosig Instruments, Inc. v. Nautilus, Inc., 715 F.3d 891, 899 (Fed. Cir. 2013).

The Supreme Court then reversed and remanded, finding that the Federal Circuit’s “amenable to construction” and “insolubly ambiguous” tests were too “amorphous” and did not meet the statute’s definiteness requirement.  134 S. Ct. at 2124.  The Court stated that the proper test for indefiniteness is as follows: "[a] patent is invalid for indefiniteness if its claims, read in light of the specification delineating the patent, and the prosecution history, fail to inform, with reasonable certainty, those skilled in the art about the scope of the invention."  Id.  However, the Supreme Court did not discuss how one should apply this new test.  Several district courts have since applied the new standard, but only recently has the Federal Circuit issued a decision that gives some guidance into how it will apply this new test.

Claim 1 of the ’314 patent is a representative claim:

A method for engaging the peripheral attention of a person in the vicinity of a display device, comprising the steps of: providing one or more sets of content data to a content display system associated with the display device and located entirely in the same physical location as the display device;

On appeal, the Federal Circuit found the claimed phrase "in an unobtrusive manner that does not distract a user" indefinite under pre-AIA 35 U.S.C. § 112, ¶2.  The Federal Circuit applied the Supreme Court's Nautilus test, stating that "[a] claim … is invalid for indefiniteness if its language, when read in light of the specification and prosecution history ‘fail[s] to inform with reasonable certainty those skilled in the art about the scope of the invention.’”  2014 U.S. App. LEXIS 17459 at *12, citing Nautilus, 134 S. Ct. at 2124.  The court focused on the fact that what was unobtrusive or distracting “depends on the preferences of the particular user” and that the patent “contemplate[d] a variety of stimuli that could impact different users in different ways.”  Id. at *15 (internal citations omitted).  Interval argued that there was a sufficient discussion as to the scope of unobtrusiveness in the specification, including a “narrow example” that illustrated the bounds of the claim.  Id. at *16, 22.  The Federal Circuit held that the claims were nevertheless indefinite because the discussion of “unobtrusive manner” in the specification was “muddled” and that the one specific example found therein was preceded by an “e.g.,” which left unclear exactly what was within the bounds of the relevant claims.  Id. at *16–23.

The analysis provided by the Federal Circuit in Interval provides some important guidance for the prudent claim drafter.  These lessons include the following: 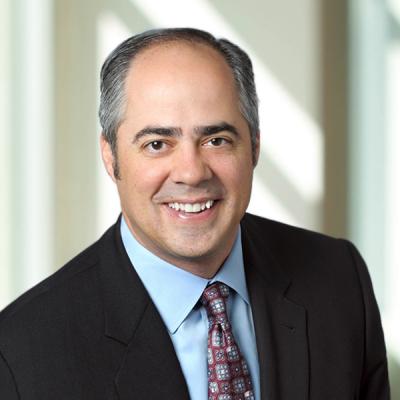