Although health care reform implementation via the Affordable Care Act (ACA) has focused mostly on federal changes to the health care marketplace, individual States are getting some much needed help to design and implement their own efforts to improve quality and lower health system costs. On Tuesday, December 16, the Centers for Medicare and Medicaid Services (CMS) announced a second round of grant funding and technical assistance to 28 states, three territories and the District of Columbia. With these Round Two awards, $665 million will be available for states through the State Innovation Models (SIM) initiative to either design payment and delivery reform initiatives or actually implement them, with the bulk of the funding going to implementation.

The Round One awards totaling nearly $300 million were awarded in February 2013 to allow 25 states to either test, pre-test, or design their initiatives. Round Two awards for testing include the three states that were awarded pre-testing grants in Round One and many states that were awarded Round One design planning grants. The SIM initiative is intended to give states the opportunity to align payment across public and private payment systems, collaborate with stakeholders, and build infrastructure to facilitate system transformation – like redesigning health information technology or redeploying health care workforce assets.

The SIM initiative is unique among other CMS programs, in that States are often in a better position to align payment and implement infrastructure changes through the Medicaid program, standards and scope of practice, and even anti-trust exemptions. Other levers states could use include scholarship and training curriculums for health care workers, data standards and infrastructure, and health facility licensure.

Round One “test states” implemented a series of initiatives, including bundled payment and medical home approaches in Arkansas and ACO-like “coordinated care organizations” in Oregon. On the other hand, Round One “design states” tried bringing stakeholders together to formulate initiatives that could eventually be implemented (and funded) in these SIM Round Two awards. Maryland worked to expand its all-payer hospital rate-setting approach to all health care costs, while Tennessee proposed to develop and integrate specific and scalable purchasing strategies into the TennCare Medicaid managed care model, which it hopes to implement through the “testing award” from Round Two.

Health care stakeholders in Round Two design states should consider opportunities to engage state and federal policymakers as each state undergoes its own stakeholder engagement process. Some states hope to initiate non-voluntary initiatives, while others want to test isolated pilots with selected partners. In either case, providers, payers and other stakeholders will likely see proposals that, if enacted, would directly impact the payment and delivery of care even faster than some ACA federal initiatives like the Medicare Shared Savings Program, the Bundled Payment for Care Improvement Initiative, and other national models. 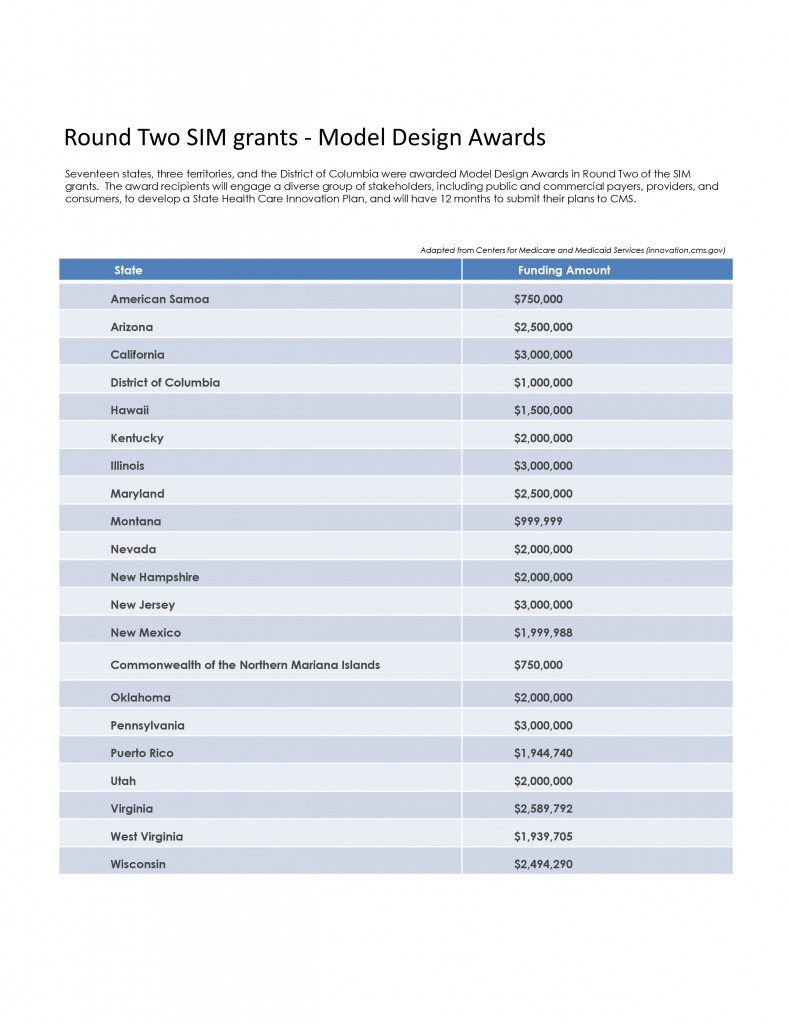 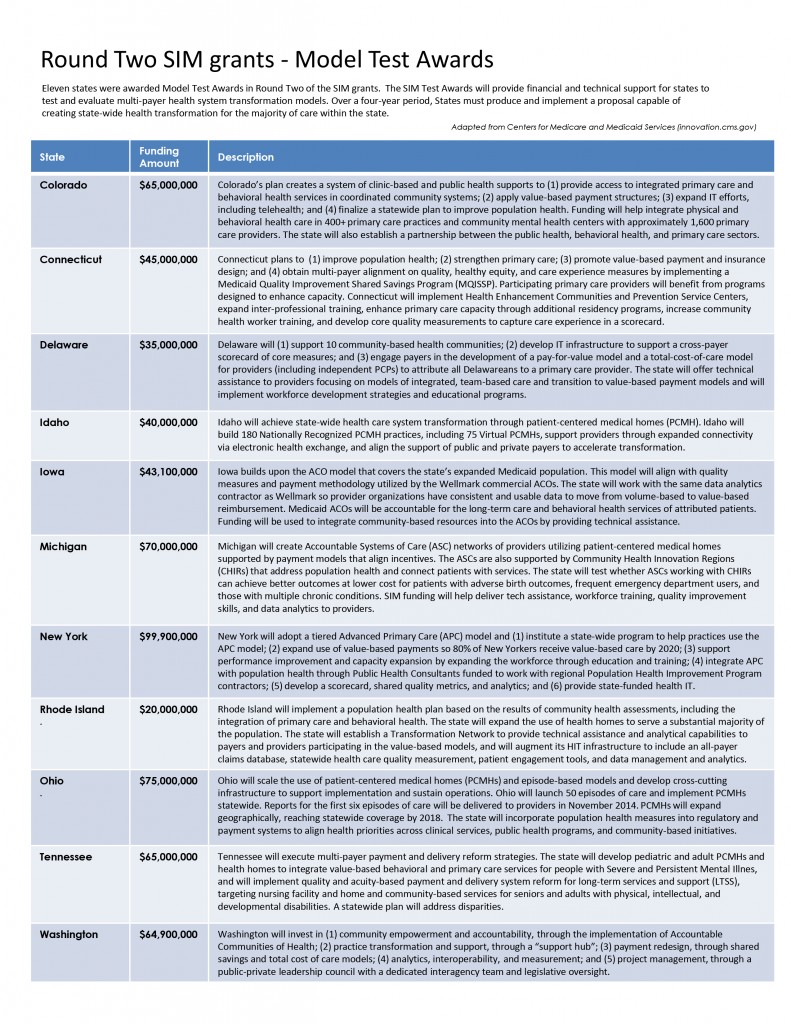