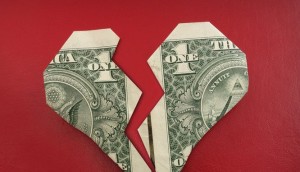 Who gets what in a break-up? I’ve addressed the employment break-up and the metaphorical marriage contract in my corporate divorce series, but what about the distribution of property when employment ends?

But what about intangible things? It is easy to point to something an employee builds or makes and make an ownership decision about that particular thing. But non-things are a bit harder to characterize as his or hers. I wrote about “knowledge ownership” previously and concluded that an employee’s skills, thoughts and knowledge about how to do the employee’s job are not “things” that can be “owned.” The problem arises, however, when that knowledge is reduced to something that, while perhaps intangible, is in fact portable.

I mean data, of course, and not the big kind. It is the little kind of data that seems to be most problematic for employers and employees – the contacts stored on the employer’s computer system, the exemplars of work the employee has built up over time, the notes, conceptualizations – all of it nicely stored on a distant server. I won’t divert into BYOD (bring your own device) territory but it is important to note the challenges that arise when technology so effortlessly mixes personal and business affairs.

Some Guidelines for Splitting up the Assets

So given the difficulties inherent in splitting up intangible things, and the potential for trouble when disagreements arise, here are some thoughts:

The corporate divorce metaphor really doesn't apply to the concept of property distribution on termination. For the most part, employers own everything employment-related and frankly have no legal (versus moral) obligation to give back any data or other intangible “personal items” the employee may have stored over the course of employment. With that said, and as I’ve said before, some advance planning might be in order to avoid an unnecessary and expensive trip to court.

This article was previously posted on LinkedIn.