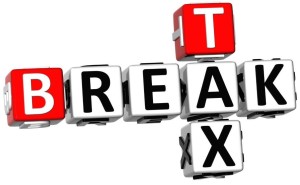 On July 29, Representatives Charles Boustany, Jr. (R-La.) and Richard E. Neal (D. Mass.) introduced draft legislation to the House Ways and Means Committee that would provide favorable tax treatment on certain intellectual property as a means of encouraging U.S. companies to bring their intellectual property back into the United States.  The full text is available here,  and a summary of the proposal is available here.

The “discussion draft” was introduced to the House Ways and Means Committee, and the drafters hope to have a version of this proposal included in the broader international tax legislation that the Ways and Means Committee might address this fall.  The Chairman of the Committee, Representative Paul Ryan (R-Wis.), has spoken favorably of the bill, but other members of the Committee have expressed concern that the draft would provide tax relief to certain industries but not others.  The Ways and Means Committee is in the process of  taking input regarding the proposed legislation from interested parties, and Representatives Boustany and Neal have also requested detailed feedback about specific aspects of the proposal, including what types of intellectual property should be included and whether the proposal helps U.S. companies to remain competitive in the global marketplace.