New York City is finishing off a strong year on the employment law front.  Earlier this year, the City Council passed laws that banned the box and all but eliminated credit checks.  It also passed a law requiring employers to offer their employees pre-tax transit benefits and instituted a paired testing discrimination investigation program.  The Department of Consumer Affairs continued to provide guidance on the paid sick leave law, while the Commission on Human Rights welcomed a new commissioner and implemented new initiatives designed to enhance the Commission’s enforcement efforts. It also released enforcement guidance on the ban the box and credit check laws.  Now, as the year comes to a close, we cover the latest flurry of legislative and administrative activity in this three-part series.  First up: Enforcement Guidance on Gender Identity/Expression Discrimination. 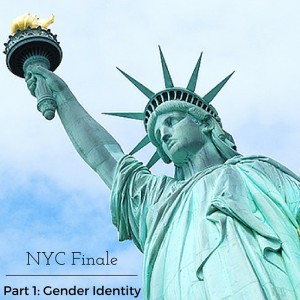 The City Commission on Human Rights has issued broad-based guidelines that attempt to clearly define the contours of gender identity and gender expression discrimination in the workplace – an issue with which many employers continue to struggle.  The guidance provides “bold and explicit” examples of actions that the Commission considers discriminatory and offers best practices for complying with the Human Rights Law.

New York City employers should pay careful attention to these new guidelines as they will impact long-standing workplace policies, practices and behaviors, including dress codes, uniforms, and grooming standards.  We summarize the guidance below.

In 2002, the City Council amended the New York City Human Rights Law to define “gender” to include discrimination based on an individual’s “actual or perceived sex . . . a person’s gender identity, self-image, appearance, behavior or expression, whether or not that gender identity, self-image, appearance, behavior or expression is different from that traditionally associated with the legal sex assigned to that person at birth.”  Despite expanding the definition more than 13 years ago, a recent survey revealed that up to 75% of transgender or gender non-conforming city residents reported harassment or mistreatment in the workplace.  The enforcement guidance is in part a response to that staggering statistic and is intended to show employers that the Commission will have a zero tolerance policy towards this type of discrimination.

What does gender-based discrimination mean?  Who exactly falls into this protected class?  To better understand how to answer that question the guidance does a good job of providing the reader with a glossary of gender-based terms, including:

From this glossary (and this even more expansive glossary from The Guardian), employers can see that gender-based discrimination goes beyond simple transgender discrimination – which is the way many people think about it – and that the meaning of transgender itself is broad and nuanced.

The Commission provided the following examples designed to show employers the types of behaviors that it would consider gender-based discrimination.

This includes failing to use one’s preferred name, pronoun and title (i.e. Mr. ) regardless of one’s sex assigned at birth, anatomy, gender, medical history, appearance or the sex indicated on one’s ID.  It means referring to someone as they/them/theirs or “ze”/“hir” (popular gender-free pronouns) rather than the more traditional he/she, him/her his/hers.  It means the right to be called a name no matter what one’s official ID says.

You may, however, ask someone their preference without violating the law; in fact, you can go so far as to create a policy asking everyone their preferred gender pronoun and update your systems to account for your workers’ preferred names and genders (which should not be limited to male or female).

On this one, it does not matter if other employees object, but employers are permitted to provide a “private space” within multi-user facilities for anyone who has privacy concerns.  Further, the law does not require employers to make bathrooms “all-gender” or construct additional bathrooms.  And those with single occupancy bathrooms should make clear that they can be used by people of all genders.

In addition, the Commission encourages employers to:

Employers cannot require their employees to conform to sex stereotypes, which are widely-held over-simplified expectations about how people of a particular sex or gender should appear or act within certain norms of masculinity or femininity.  This includes requiring an employee to dress, sound or look a certain way or assigning certain roles to certain employees based on their sex.

The Commission will consider it a violation of the law when employers require dress codes or uniforms or apply grooming or appearance standards that impose different requirements for individuals based on sex or gender.  This differs from federal law which permits such differences if they don’t impose an undue burden.  The Commission takes the view that gender-based differences in this regard do not serve any legitimate non-discriminatory purpose, even if harmless, and “reinforce a culture of sex stereotypes and accepted cultural norms based on gender expression and identity.”

The answer to complying with these requirements, the Commission says, is to create gender-neutral dress codes and grooming standards.  For example, if you want employees to have short hair, then all employees must have short hair regardless of gender.  Or, a better alternative may be to provide the employees with a menu of options from which to choose.  Those options can include choices that have traditionally applied to both female and male employees.

This includes denying or excluding services based on gender.  Your health plans must cover transgender care (i.e. transition-related care or gender affirming care).  The Commission warns employers to check their plans and, if not already included, to obtain a health plan that includes comprehensive coverage for transgender people, which includes plans that follow recognized professional standards of medical care for transgender individuals; for example, the standards of care of the World Professional Association for Transgender Health.  “Because there are few health care providers currently performing certain transition-related and/or gender-affirming care,” the Commission also encourages employers to select plans that “do not prohibit, place limits on, or have significantly higher co-pays or low reimbursements rates for out-of-network care.”

Employers should treat leave requests to address medical or other health care needs related to an individual’s gender identity in the same manner as all other requests.  Employers should provide reasonable accommodations to individuals undergoing gender transition, including leave for medical and counseling appointments, surgery and recovery from gender affirming procedures, and other similar surgeries and treatments in the same manner as they would for any other medical condition.

This includes harassment motivated by a person’s actual or perceived gender identity or expression that attempts to interfere with, or actually interferes with, the free exercise of a legal right.  It includes violence, the threat of violence, a pattern of threatening verbal harassment, the use of force, intimidation or coercion, defacing or damaging real property and cyberbullying.

The Commission notes that the Human Rights Law protects against retaliation for opposing discrimination or requesting a reasonable accommodation for a disability based on gender identity or expression.  The Commission says employers are less likely to engage in retaliation if they implement certain measures, including:

internal anti-discrimination policies to educate employees . . . of their rights and obligations under the NYCHRL with respect to gender identity and expression and regularly train staff on these issues. Covered entities should create procedures for employees . . . to internally report violations of the law without fear of adverse action and train those in supervisory capacities on how to handle those claims when they witness discrimination or instances are reported to them by subordinates.  Covered entities that engage with the public should implement a policy for interacting with the public in a respectful, non-discriminatory manner consistent with the NYCHRL, respecting gender diversity, and ensuring that members of the public do not face discrimination, including with respect to single-sex programs and facilities.

What’s Next For Employers?

We encourage all employers to read the guidance to better understand their obligations under the law.  We also remind employers that compliance is paramount, as the Commission can impose civil penalties of up to $125,000 for violations of the Human Rights Law and up to $250,000 for violations that result from “willful, wanton or malicious” conduct, while other damages are available as well, including back and front pay and compensatory and punitive damages.  Employees may also sue directly and in addition to the above damages, they may be eligible to recover their attorneys’ fees.

Employers should think about the necessary changes that must be made to their policies, procedures and practices – from things as common as updating their handbooks and training their staff appropriately to items that usually act as mere afterthoughts like changing the signs on their bathroom doors and referring to someone as “he” or “she.”  Employers should also take a serious look at their current grooming/dress code standards and make any necessary changes.  The New Year serves as a good opportunity to assess the impact of these new guidelines and make the necessary changes.