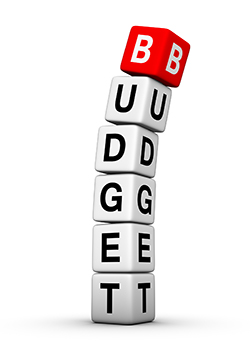 The U.S. Patent and Trademark Office (USPTO) explains several patent prosecution trends, goals, and programs to justify proposed spending of its collected fees in its recently-issued Fiscal Year 2017 Congressional Justification report.  The report provides patent, trademark, and global intellectual property budgets for the upcoming 2017 fiscal year (October 1, 2016 to September 30, 2017) and beyond.  The report focuses on various patent-related areas including patent application pendency, patent quality and examination efficiency, Patent Trial and Appeal Board (PTAB) operations and trial activities, and information technology (IT) associated with these areas.

This article provides an overview of the USPTO’s upcoming patent plans as revealed by the report.

Since the number of Requests for Continued Examination (RCEs) filed and the RCE backlog have been reduced, according to the report, the USPTO can focus on reducing the backlog of unexamined applications and length of patent pendency.

In 2015, fewer patent applications were filed than expected, which the USPTO attributes to uncertainties involving the new patent laws, namely the America Invents Act (AIA).  The USPTO expects this filing trend to continue and, accordingly, estimates that application filings will increase about 1-4 percent per year over the next five years.  With this rate of filings, the USPTO expects the unexamined patent application backlog to decrease and therefore plans to have fewer examiners by fiscal year 2021.  The USPTO feels that this lower number of examiners will be sufficient to achieve the estimated 10-month first action pendency.

In the report, the USPTO requests spending for existing and new programs to improve patent quality and to train and retain an adaptable workforce to improve efficiency and examination capacity.

Examiners will have the chance to visit companies and educational institutions for training in their technical area from experts with industry, technical, and prior art knowledge.  The USPTO will also provide legal training for examiners including trainings on high-tech patent issues for examiners in relevant technical fields.

The budget also includes quality initiatives to improve examiner searches for prior art.

The USPTO plans to continue reviewing optimal PTAB proceeding pendency and improving the quality and consistency of PTAB decisions.

For example, the USPTO requests spending to hire more administrative patent judges to reduce the backlog of PTAB cases and increase productivity and quality.  To justify this hiring, the report shows AIA petition filings from the actual fiscal year 2015 filings of 1,896 to the estimated AIA petition filings of 3,062 in fiscal year 2021.  Also, trial pendency in fiscal year 2015 was 11.3 months, and that is expected to increase slightly to 12 months in fiscal year 2021.  The USPTO states that without the requested resources for staffing needs, PTAB decisions would be delayed and that would negatively impact the economy, including adversely affecting job creation.

The USPTO plans to continue focusing on improving IT service delivery by retiring legacy IT systems and transitioning to next generation technology over the next and following fiscal years.

Overall, the USPTO aims to spend time, effort, and financial resources on various programs including those discussed above to improve the functioning of the patent office and the quality of patents.  As indicated in the budget, fee collections to support such programs are estimated to increase by fiscal year 2021. Later this year, the USPTO will publish proposed rules and updated fee estimates for the coming years.