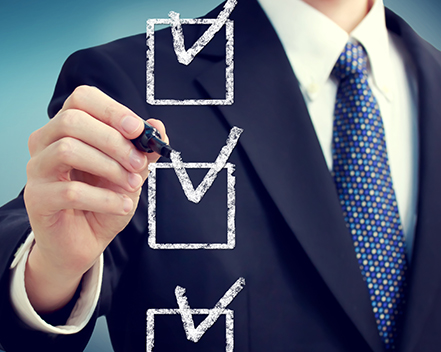 On April 22, 2016, a three judge panel of the United States Court of Appeals for the Federal Circuit, consisting of Judges Prost, Dyk and O’Malley, affirmed a district court’s decision to dismiss as moot a patent case involving only cancelled claims.

After the lawsuit commenced, EDNA’s franchisor, Extended DISC International Oy Ltd (“EDI”) requested ex parte reexamination of all the claims (1-11) of the ’372 Patent.  The U.S. Patent and Trademark Office (“USPTO”) granted the request and the litigation was ultimately stayed pending the resolution of the reexamination.  Before the stay was entered, however, TTI had served its preliminary infringement contentions asserting claims 1, 2 and 5-11 of the ’372 Patent against EDNA.

On January 12, 2015, the USPTO issued a reexamination certificate cancelling claims 1-11 of the ’372 Patent and issuing thirty new claims, 12-41.  The district court reopened the case on the same day only to dismiss it as moot on June 1, 2015 because all of the claims TTI previously asserted were cancelled during the reexamination.  The district court noted that none of the new claims were part of the ’372 Patent when the complaint was filed and TTI was bound to its preliminary infringement contentions pursuant to Local Patent Rule 3-1, which TTI never sought to amend to include the newly-added claims.

The Federal Circuit affirmed the district court’s decision.  The Court first acknowledged that Fresenius makes clear that “when a claim is cancelled, the patentee loses any cause of action based on that claim, and any pending litigation in which the claims are asserted becomes moot.”  Slip Op. at 8 (internal citations omitted).  As such, with respect to the original cancelled claims of the ’372 Patent, the Court upheld the district court’s finding that Fresenius rendered the suit moot to the extent those were the only claims asserted in the litigation.

The real question before the Federal Circuit, however, was “whether it was appropriate for the district court to dismiss the case when TTI failed to amend its infringement contentions to assert infringement of any of the thirty newly added claims.”  Slip Op. at 9.  The Court found that it was indeed appropriate, reasoning that the newly-added claims were never actually asserted in the existing litigation.

Fatal to its case was the fact that pursuant to Local Patent Rule 3-1, TTI was bound to its preliminary infringement contentions, which TTI never moved to amend to include the newly-added claims.  The Federal Circuit offered little sympathy to TTI’s plight holding that there is “no authority for the proposition that unasserted patent claims must be considered by the district court prior to the dismissal of a case based on cancelled asserted claims.”  Slip Op. at 9 (emphasis in original).  In the end, because TTI failed to assert the newly-added claims, despite several opportunities to do so, the Federal Circuit found that the district court had no obligation to provide relief to TTI not expressly sought and therefore affirmed the dismissal of the case as moot.

The takeaway from this case is that at the conclusion of any post-grant proceeding before the USPTO, a party should promptly thereafter determine whether any claims newly-added to the patent-at-issue are infringed, and if so, affirmatively seek to amend its infringement contentions accordingly.