Brad is an experienced patent litigator and trial lawyer who represents clients in federal courts around the country, including US district courts and the US Court of Appeals for the Federal Circuit, before the Patent Trial and Appeal Board and at the International Trade Commission. He counsels clients in a variety of sectors, including high technology related to electronics, automotive technologies, medical technologies and various consumer products. With a background in mechanical engineering and over 15 years of experience, Brad has successfully represented patent owners’ rights against infringers, protected those rights from invalidity challenges and negotiated favorable settlements.

Brad has served as both lead and co-counsel in front of judges and juries at trial in U.S. district courts, the International Trade Commission and the Patent Trial and Appeal Board (PTAB) of the U.S. Patent Office, argued for clients at evidentiary hearings before Article III judges, deposed and defended numerous fact and expert witnesses, and successfully managed large and small litigation teams through all phases of discovery and pretrial. He has litigated intellectual property cases in District Courts throughout the United States, including the Eastern District of Texas, the Southern, Central and Northern Districts of California, the District of Delaware and the Southern and Eastern Districts of New York.

Brad is also the Editor of Mintz’ IP blog. In his spare time, he works as the bandleader and bassist for the 8-piece jump blues band, The Slicked-Up 9’s, and plays bass in New York rock act, The Incumbents.

April 24, 2020
Mintz Member Brad Scheller was quoted in an article published by Law360 on the Patent Trial and Appeal Board’s precedential decision in Lectrosonics Inc. v. Zaxcom Inc., which demonstrates that “secondary considerations” evidence of nonobviousness, including industry praise, can prove a successful strategy for saving a patent.

Inter partes reviews have a very high institution rate. And worse, once instituted IPRs result in invalidated claims at an inordinately high rate. The best defense against an IPR petition is to convince the Patent Trial and Appeal Board to deny institution. In this post, the Mintz IPR team put together out top six tips for avoiding IPR institution.
Read more

Going forward, parties litigating before the PTAB should consider the Fintiv factors comprehensively rather than zeroing-in on the procedural schedule in their parallel litigation. As the data suggests, an aggressive and fast-moving schedule alone may no longer result in a discretionary institution denial.
Read more

Recently, the U.S. Patent and Trademark Office (“USPTO”) published a notice informing the public that it will be implementing a pilot program (called the Deferred Subject Matter Eligibility Response Pilot Program, or the “DSMER Pilot Program”) to determine the value of allowing applicants to defer responding to 35 USC § 101 rejections (commonly known as “101 rejections” or “Alice rejections”). The Program is only available for certain applications, and certain procedures are required for participation; however, the Program has the potential to encourage more efficient patent prosecution. Below we answer some questions patent applicants are likely to have about the Program.
Read more

On January 3, 2022, Magistrate Judge Susan Hightower granted a defendant’s motion to exclude an expert’s damages theory for violating the entire market value rule, reminding plaintiffs everywhere to use caution when applying the sales of an entire product as a royalty base.
Read more

Patent Owner Tips for Surviving an Instituted IPR: From Depositions to Sur-Replies

As a Patent Owner in an instituted Inter Partes Review (IPR), there are dozens of considerations to bear in mind – from strategically approaching depositions and maximizing expert testimony, to drafting the final say in your sur-reply. We provide a summary of key takeaways from throughout the series and invite you to access all of our tips for more detail on Surviving an Instituted IPR.
Read more

In this final patent owner tip for surviving an instituted IPR we discuss sur-reply strategies. At this point, the Patent Owner has filed its Response, developed all the facts and evidence, and taken and defended expert depositions.
Read more

Patent Owner Tip #14 for Surviving an Instituted IPR: When Not to Amend Claims in an IPR

We look to those circumstances when a patent owner should think twice about amending, including when significant past damages exist, the current claims possess strong infringement reads and claim scope, petitioners are highly-motivated to fight and patent owner is cost sensitive.
Read more 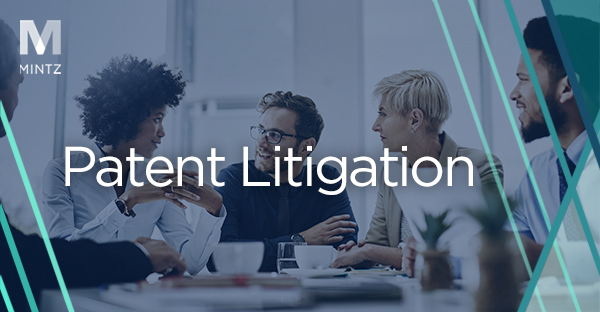 Arthrex SCOTUS Ruling: The IPR Show Must Go On, Just with (a Bit) More Oversight

On Monday, in a highly-anticipated decision, a fractured Supreme Court issued its opinion in Arthrex v. Smith & Nephew, striking a portion of the America Invents Act (AIA) as unconstitutional—but providing an effectively toothless remedy.
Read more

US Patent Trial and Appeal Board (PTAB) institution denials for inter partes review (“IPR”) and other post-grant review petitions have steadily risen from 13 percent in 2012 to 44 percent in 2020. In 2020, the institution rate has fallen to 56%, down from 63% a year ago.
Read more

Mintz Member Brad Scheller was quoted in an article published by Law360 on the Patent Trial and Appeal Board’s precedential decision in Lectrosonics Inc. v. Zaxcom Inc., which demonstrates that “secondary considerations” evidence of nonobviousness, including industry praise, can prove a successful strategy for saving a patent.

The Current State of IPR Estoppel

Mintz Members Kathleen Carr and Brad Scheller and Associate Inna Dahlin collaborated on an article for Bloomberg Law Patent, Trademark & Copyright Journal about the inter partes review “estoppel” rule, what circumstances may give rise to it, and how the courts can clarify and validate its use.

Brad Scheller, a Member of the Mintz New York office, is featured in an American Lawyer profile. The article discusses Brad’s intellectual property practice and his passion for music outside the office.

Cuozzo and Its Likely Impact

Brad Scheller (Mintz): “The unitary patent will be devalued to an extent because of the UK exit”

Mintz Member Brad Scheller engaged in this in-depth Leaders League interview, providing commentary on the impact of the Brexit vote on the European Intellectual Property landscape, particularly as it pertains to the unitary patent and the United Patent Court.