Today we offer our last installment in our 2016 Year in Review segment, which will cover the key labor & employment law developments from 2016 in California. Prior installments for the DC Metro Area, New York and Massachusetts are available here.  In addition, please join us in NYC on April 6, 2017 for Mintz Levin’s Third Annual Employment Law Summit as we address some of the key labor & employment issues impacting employers in 2017.  Register here.

In 2017 employers should ensure they are complying with “all gender” bathroom requirements and that when making hiring decisions they do not rely on “juvenile offense history.” Employers should also be aware that there is a trend for cities and/or counties to further limit the kinds of information employers may consider in making hiring decisions. Also on the horizon is the probability that the legislature will revisit a new unpaid parental leave law that would impact smaller businesses.

California’s minimum wage increased to $10.00 per hour last year, and thus the minimum salary required for a “white collar” exemption increased correspondingly, because for the exemption to apply, California employers must pay qualifying employees “a monthly salary equivalent to no less than two times the state minimum wage for full-time employment.” (Cal. Lab. Code, § 515(a)). Therefore, as of January 1, 2016, employees must receive an annual salary of at least $41,600 to qualify for a white collar exemption.  Those rates stay in in effect in 2017 for small employers (25 or fewer employees), but have already increased for large employers (26 or more employees) to $10.50 per hour, which equates to a $43,680 salary to meet the white collar exemptions.  Those rates will continue to rise for employers large and small through at least 2022.  Employers should note that some local jurisdictions have even higher minimum wage rates.

California’s Fair Pay Act (CFPA) became effective on January 1, 2016 and is one of the broadest statutes addressing gender wage discrimination in the country. It prohibits employers of all sizes from paying an employee wages less than those paid to members of the opposite sex who perform the same or “substantially similar” work.  It also prohibits employers from using sex and, as a result of more recent amendments, race, ethnicity and previous wage history as a basis for wage disparities in the workplace.

Before the CFPA, California, like the Federal government, already prohibited discrimination and disparate pay based on sex through the California Fair Employment and Housing Act. However the CFPA, which amends California Labor Code section 1197.5, took those prohibitions even further.  It seeks to address the gender wage gap by modifying existing laws in nine key ways:

AB 1676, effective January 1, 2017 further amended the Fair Pay Act to state that “prior salary cannot, by itself, justify any disparity in compensation.” More specifically, it clarifies that prior salary does not fall under the “bona fide factor” exception for a wage differential under Labor Code Section 1197.5.

Importantly, the amendment does not prohibit employers from asking applicants for their salary history. However, employers should think critically about whether that should be part of any recruiting or promotion-based conversation as the law is designed to “help ensure that both employers and workers are able to negotiate and set salaries based on the requirements, expectations, and qualifications of the person and the job in question, rather than on an individual’s prior earnings, which may reflect widespread, longstanding, gender-based wage disparities in the labor market.”

Assembly Bill No. 1506 amended California’s Private Attorneys General Act of 2004 (“PAGA”) to allow employers to cure certain violations of the wage statement requirement of California Labor Code Section 226 with the goal of preventing frivolous litigation over technical violations and to “to incentivize prompt resolution of disputes over itemized wage statements.” (AB 1506, sec. 4.)

Labor Code sections 226(a)(6) and 226(a)(8) require that employee wage statements include the dates of the pay period they cover and the name and address of the legal entity that is the employer. AB 1506 amends section 226 to allow an employer to cure any alleged defects within 33 days of receiving written notice from an aggrieved employee. To fully “cure” the employer must provide each affected employee a “fully compliant, itemized wage statement . . . for each pay period for the three-year period prior to the date of the written notice.” If an employer “cures” the violation, the employee cannot bring a PAGA action.

Assembly Bill No. 1513, also effective January 1, 2016, added section 226.2 to the California Labor Code and applies to “employees who are compensated on a piece-rate basis for any work performed during a pay period.” The new Labor Code section 226.2 does two main things. First, it requires employers to pay piece-rate employees separately for rest breaks, recovery periods, and “other nonproductive time.” For rest breaks and recovery periods, employees must be compensated at the higher of the two possible rates:

“Other nonproductive time” is defined as “time under the employer’s control, exclusive of rest and recovery periods, that is not directly related to the activity being compensated on a piece-rate basis,” and employees must be paid at least the minimum wage for such time. This means that employees must be paid for rest breaks, recovery periods and “other nonproductive time” separate and in addition to their piece-rate compensation.

Second, Labor Code section 226.2 includes a safe harbor provision so that for periods prior to January 1, 2016, an employer may be relieved of any liability for damages and statutory and other penalties, arising out of claims asserting a failure to pay compensation for rest and recovery periods and other nonproductive time, if the employer meets all of the requirements set forth in the statute.

The term “parent” now includes “. . . guardians, stepparents, foster parents, or grandparents of, or persons who stand in loco parentis to, a child.” And any “parent” must be allowed to take up to 40-hours each year off for the following activities:

Businesses Should Ensure That Certain Bathrooms Accommodate “All Genders” in 2017

AB 1843 further restricts the information employers may consider by including “information concerning or related to an arrest, detention, processing, diversion, supervision, adjudication, or court disposition that occurred while the person was subject to the process and jurisdiction of juvenile court law.”

The law also excludes from the definition of “conviction” in the California Labor Code, “an adjudication by a juvenile court or any other court order or action taken with respect to a person who is under the process and jurisdiction of a juvenile court, and would make related and conforming changes.”

While the Labor Code allows an employer to ask an employee or an applicant about “an arrest for which the applicant or employee is out on bail or on recognizance pending trial,” employers should note the trend in cities and counties like San Francisco and Los Angeles of “Ban the Box” ordinances. In 2014 San Francisco enacted an ordinance restricting questions about an applicant’s criminal records or history until after the initial job interview.  Similarly the “Los Angeles Fair Chance Initiative for Hiring (Ban the Box),” which became effective January 22, 2017, now prohibits inquiries about an applicant’s criminal history until a conditional job offer has been made. Employers should be on the lookout for similar ordinances in other California jurisdictions as over 100 cities and counties nationwide have adopted their own versions of these “Ban the Box” ordinances. To prepare, employers who inquire about their applicants’ criminal histories should ensure that such inquires have job-related or business necessity justifications.

In November 2016, California voters approved Proposition 64, the “Control, Regulate and Tax Adult Use of Marijuana Act” which legalizes the recreational use of small amounts of marijuana for individuals over the age of 21. Its primary component was decriminalizing adult recreational marijuana use and it expressly stated that its intent is not to restrict employer regulation of marijuana in the workplace, instead desiring to “allow public and private employers to enact and enforce workplace policies pertaining to marijuana.” In light of the legalization, employers should consider updating their workplace drug and alcohol policies to ensure that they explicitly state that marijuana possession and use is still prohibited at work or on company property.

In September 2016, Governor Jerry Brown vetoed a bill that would have granted six weeks of unpaid leave to new parents at companies with 20 to 49 employees, and guarantee a job upon their return. California law currently provides up to 12 weeks of protected leave only for workers at businesses with at least 50 workers. Governor Brown stated in his veto message that he was concerned about its impact on small businesses. However, there is a good chance that a version of the bill will return in some form due to the Democratic supermajority in both houses and the fact that the previous bill passed both houses by large margins.  Employers who may potentially be impacted by this should monitor developments and consider getting ahead of any legislation by announcing it ahead of time as an added benefit to attract talent. 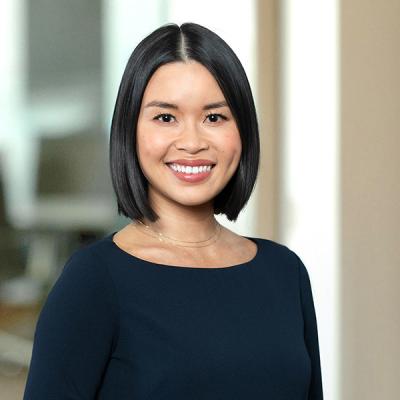