In Nortel Networks, Inc., Case No. 09-0138(KG), Doc. No. 18001 (March 8, 2017), the Delaware Bankruptcy Court ruled on the objections of two noteholders who asked the Court to disallow more than $4.4 million of the $8.1 million of the fees sought by counsel to their indenture trustee.  Given the detailed rulings announced by the Court, the decision may establish a number of guidelines by which future fee requests made by an indenture trustee’s professionals will be measured.

Matters Handled by the UCC

The noteholders’ objection asserted that the trustee had breached its fiduciary duties because it had permitted its counsel to rack up millions of dollars of unnecessary fees during litigation that was being adequately handled by the Unsecured Creditors Committee (UCC). As proof, the noteholders pointed to the fact that the litigation was ultimately settled by counsel to the UCC pursuant to a global settlement which resulted in a resolution of the entire bankruptcy case.  In response, the Court noted that the trustee’s fiduciary duties with respect to the direction of counsel are governed by the “prudent person” standard, but that that standard cannot be applied through the 20/20 lens of hindsight.  Instead, the trustee’s actions must be analyzed in the context of the facts known at the time of the direction.

The Court observed that Nortel was an unusually long, complex and contentious proceeding in which the trustee and its counsel were required to protect the noteholders’ rights during a number of hotly contested proceedings, any one of which might have significantly and adversely affected the noteholders’ recoveries.  Thus, during the case, it would not have been prudent for the trustee to rely solely upon counsel to the UCC to protect the interests of the noteholders.  The fact that the case was ultimately resolved by the efforts of the UCC was not dispositive since, at the time, the trustee could not have prudently assumed that result.  The Court did, however, contrast the litigation issues which might have directly affected noteholders with matters, e.g., attendance at regular meetings of the UCC, which only affected general unsecured creditors as a whole.  Those latter issues were in fact being adequately handled by counsel to the UCC, and fees for more than one counsel representing the trustee at regular meetings of the UCC would be disallowed.

The noteholders objected to fees incurred by the trustee in defending the fee objection, citing the U.S. Supreme Court’s recent ASARCO case which stands for the proposition that lawyers cannot recover fees for defending their own fees in a bankruptcy proceeding.  The Bankruptcy Court noted, however, that ASARCO allowed an exception where one party had contractually agreed to pay the fees of the other party.  The Bankruptcy Court ruled that the indenture was such a contract because it required the debtor to pay the fees of trustee’s counsel and, in any event, granted the trustee a charging lien on any recovery owed to the noteholders.

All told, of the $8.1 million in asserted fees, the Bankruptcy Court sustained the noteholder’s objections to the extent of $913,936.70. The Court specifically remarked that it was generally unsympathetic to the noteholders’ complaints in light of the fact that the noteholders had never objected to counsels’ fees until near the end of the case.

In general, Nortel is a favorable decision for indenture trustees and their counsel, which stands for the proposition that fees should not be second-guessed with hindsight so long as there is a reasonable need to protect the specific interests of the noteholders. 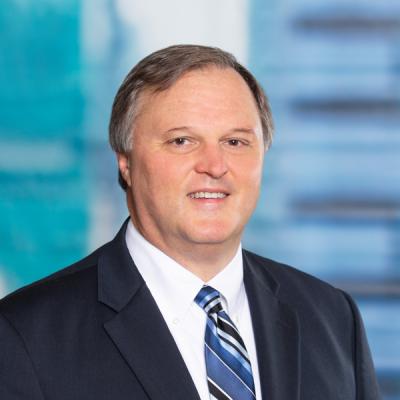