A law recently enacted by the Massachusetts legislature and signed by Governor Charlie Baker will increase the use of renewable fuels to produce electricity, allow the development of more offshore wind farms, enable more technologies to qualify for energy efficiency incentives and increase the use of technologies that store electricity. It is the third clean energy law enacted in Massachusetts since 2016.

Passed by a vote of 150-1 in the House of Representatives and 36-0 in the Senate on July 31st, the last day of formal sessions this year, “An Act to Advance Clean Energy” (H. 4857) was the product of a conference committee tasked with reconciling significant differences between one large Senate bill and four relatively modest House bills. The resulting compromise aligns more closely with the House legislation than the omnibus bill passed by the Senate, but its significance should not be underestimated.

The compromise bill doubles the annual one percent increase in renewable energy that electricity suppliers must use to two percent beginning in 2020. It continues at that faster growth rate through 2029 when it will revert to one percent per year. There has been an oversupply of renewable energy due to increases in solar and offshore wind generating capacity mandated by laws enacted in 2016. Over time, the newly increased growth rate will absorb that oversupply and should increase the value of renewable power.

The law authorizes the state’s Department of Energy Resources (DOER) to require distribution utilities to procure 1,600 megawatts of offshore wind power in addition to the 1,600 megawatts called for by the Energy Diversity Act of 2016. For this additional 1,600 megawatts, DOER may also solicit bids for independent transmission to connect those windfarms to the mainland grid. DOER must submit its determination to the legislature on whether and how to procure additional offshore wind generating capacity by July 31, 2019.

The bill looks beyond the state’s 2020 target for the storage of electricity of 200 megawatt hours to establish a new voluntary target of 1,000 megawatt hours by 2025. Electric distribution companies will be required to report the capacity of their energy storage installations annually, and DOER is directed to investigate the potential for several new policies to encourage cost-effective deployment of storage capacity.

DOER is directed to create the nation’s first so-called Clean Peak Standard to provide incentives for the use of clean energy during times of peak energy consumption. The agency will establish a minimum percentage of kilowatt-hours sales that retail electric suppliers would have to meet with clean peak certificates beginning on January 1, 2019.

Many were surprised that the law did not increase the amount of state-wide solar generating capacity that can qualify for “net metering,” that is, crediting for energy sent to the grid rather than used on site. The Senate bill had done away with these capacity limits altogether, while the House Energy Committee had recommended increasing both the public and private limits by 2% each.  The absence of any increase has left the solar industry unable to make attractive offers to commercial customers who would like to install solar systems on their buildings. This situation is expected to be a renewed focus of attention in the 2019 legislative session.

While the bill did not live up to the hopes of clean energy and environmental advocates, it did make substantial incremental enhancements to current policies. Over time it will doubtless make for significant increases in the state’s use of clean energy. Combined with the legislation enacted in 2016, it continues the state’s historic transformation of its electricity production and consumption to clean energy sources. 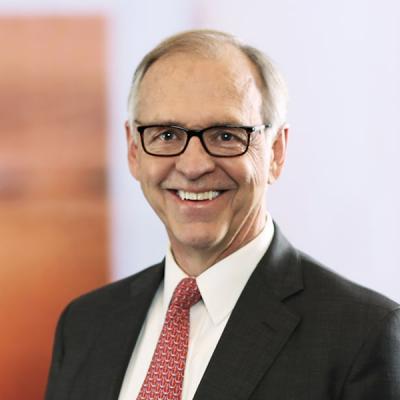 David helps energy and technology companies expand their markets and accelerate their growth. With deep industry knowledge, he helps these companies shape emerging public policies to their advantage.