First, it can result in a higher price paid for the target company if the seller makes it known that multiple bidders have submitted serious offers, by initiating a bidding war.

Second, it creates leverage for the seller and uncertainty for the bidders, potentially enabling the seller to demand more favorable contract provisions from the bidders. For example, a seller may demand more favorable or no indemnity clauses, purchase price adjustments, and many others. Such leverage may also give a seller the ability to accelerate the timetable of the transaction by requiring the signing and closing to occur more expeditiously.

Finally, having multiple serious bidders engaged in the sale process also may provide a built-in fallback buyer if the initial preferred bidder backs out of the transaction. While utilizing another bidder as a fallback option may strip the seller of some of the aforementioned leverage, the ability to sell the company to a second interested buyer can serve a valuable purpose, especially for a motivated seller.

Engaging multiple bidders can also pose confidentiality concerns to the selling company. The more bidders engaged in the auction, the more parties who have access to the selling company’s information. While a seller may try to limit its exposure by only sharing the minimum amount of information needed at each step of the auction, this approach can slow the sale process and frustrate bidders who wish to conduct due diligence expeditiously.

Engaging multiple bidders also places a burden on the seller to take time to meet with multiple potential bidders. Each bidder likely requires a separate management presentation, and separate calls or meetings with the seller’s counsel. Furthermore, bidders may request access to the target company which could force the seller to devote time to ensure that bidders are given appropriate access to the company’s operations.

Potential antitrust challenges can also make engaging multiple bidders difficult to manage. Having multiple bidders in the auction process increases the chance that there are both strategic and financial bidders, which can cause some challenges to organizing the information shared with the bidders. Bidders are usually classified as strategic or financial buyers. Strategic buyers operate or wish to operate in the same industry as the target company, while financial buyers, which are often private equity firms, seek to improve the operations and financial condition of the target company in contemplation of an eventual sale or IPO of the target company. The status of the buyer as either a strategic (with overlapping activities) or financial buyer (without overlapping activities) can have antitrust implications during the sale process. Antitrust laws typically are stricter in limiting a seller from sharing certain information, such as price and customer information, with (i) a potential strategic buyer whose business overlaps with the business of the selling company and (ii) a financial buyer that already owns a portfolio company whose business overlaps with the business of the selling company, to ensure that the seller and the bidders do not violate antitrust prohibitions. Furthermore, sellers should be reluctant to share competitively sensitive information with any potential bidders that are (potential) competitors to avoid such bidders using such information to their advantage if they ultimately do not end up buying the company. Therefore, engaging bidders classified as strategic buyers may require the seller to review all the documents it provides more carefully than it otherwise would have, to redact any competitively sensitive information, and if sharing of such information is required, to share such information in a separate data room to which only the bidder’s counsel, advisors and personnel not active in day-to-day operation or commercial decision-making of the bidder have access (so called “clean teams”). This can be an arduous and time consuming process for the selling company and its counsel, and may lead to back and forth between the parties on the necessity of certain redactions.

Finally, bidders may be unwilling to spend a large amount of funds and resources on due diligence and negotiating transaction documents without being granted exclusivity by the seller. The amount of leverage that the seller has in this respect largely depends on the attractiveness of the target company. To reduce a bidder’s uncertainty and cost burden (especially if multiple bidders are unwilling to proceed without exclusivity), a seller can offer to cover (a portion of) the bidders’ due diligence costs. Such payment would be due if the seller ultimately enters into a transaction for the sale of the company to another bidder. While this is a cost burden for the seller, it may well be worthwhile to continue to negotiate with multiple bidders to keep such bidders honest on timing to closing and purchase price.

While some challenges posed by engaging multiple bidders are unavoidable, others can be managed in ways that allow the seller to efficiently and effectively manage a sale process with multiple bidders. There are steps that a seller can take before and after the final bidders are chosen to ensure a smooth sale process. Before selecting final bidders, a seller can organize transaction documents to limit the work needed to be done once the final bidders are selected. While soliciting initial bids, a seller can ask for feedback on potentially problematic terms and disclosures so that the seller can prepare responses and counteroffers to potentially problematic terms. This can also help the seller prepare to adjust the purchase agreement, and craft model disclosure schedules with an idea of what to prepare for when they receive buyer markups.

After the bid drafts of the purchase agreement are submitted, a seller can circulate a uniform composite response to all of the bidders remaining in the process. This involves taking the comments of all the bidders that the company is comfortable with and rejecting those with which it is not. All of the bidders are then told that the seller is sending the same contract to all of the remaining bidders, each of whom will see that some of their comments were accepted, some were rejected, and that some bidders may have even received more favorable terms that they did not ask for. This tends to streamline the process since the seller does not need to mark up and negotiate multiple drafts of the agreement. It can also instill fear in the bidders because they see that the seller is making unprompted concessions, which signals to bidders that there are other interested bidders who have submitted competing purchase agreements.

Prior to selecting the final bidders, the seller can try to determine whether a buyer with competitively overlapping activities will be a final bidder prior to populating the virtual data room. If it is likely that such bidder will be a final bidder, the seller can redact competitively sensitive information while reviewing each document that gets shared with the bidders and prepare a “clean team only” data room. While doing so, the seller can save clean copies of the documents if there would not be an issue with sharing them in full to a buyer without competitively overlapping activities. Preparing these redactions in advance can help prevent reviewing sensitive documents late in the sale process. 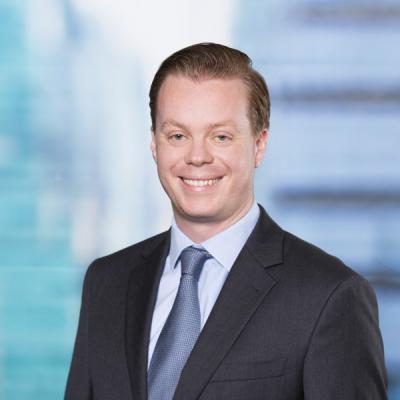 Maarten J. Tuurenhout is an Associate at Mintz who concentrates his practice on private equity transactions, mergers and acquisitions, general corporate matters, and commercial contracts. He represents private equity sponsors and companies in the health care, financial services, construction, hospitality, and retail industries. 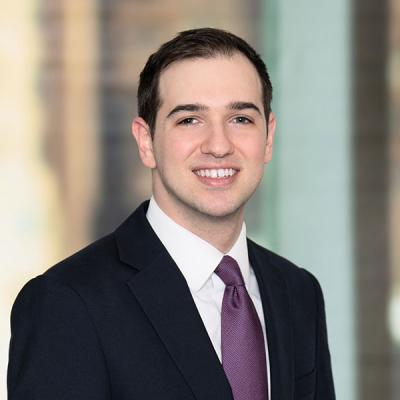 Jacob Z. Neumark is a corporate attorney at Mintz who focuses his practice on mergers and acquisitions and other corporate transactions.