As we continue to discuss the ethical considerations related to the distribution of a safe and effective coronavirus vaccine, it is important to consider lessons learned from other pandemics. Though the particular facts of past pandemics of course differ from those of COVID-19, the goal of public health has always been to promote and protect the health and well-being of a population. Similarly, the ethical distribution of resources amid any pandemic is supported by the balance and tension among the four ethics principles: autonomy, justice, beneficence, and nonmaleficence.

Polio outbreaks in the United States increased in frequency and size in the late 1940s, disabling an average of more than 35,000 people each year. The highly contagious virus also resulted in restricted travel, commerce, and quarantines until a safe and effective vaccine could be deployed. The successful Salk vaccine took six years to develop and became available in 1955. Thanks to this vaccine and an extensive public health campaign, there have been no cases of polio originated in the United States since 1979.

With an average case fatality rate of 50%, ebolavirus is generally much more lethal than other pandemic viruses.  Ebolavirus outbreaks in the past decade have been smaller-scale and more easily contained using contact tracing and quarantine. But, they typically occur in areas with underdeveloped healthcare systems where a lack of resources presents different ethical issues.

A novel Influenza A (H1N1) virus emerged in April 2009, rapidly spreading across the US and North America. Because the novel H1N1 virus was very different from other H1N1 viruses circulating at that time, the standard seasonal flu vaccine offered very little protection. However, the seasonal flu vaccine did serve as an important baseline for vaccine development, and scientists were able to develop four viable vaccine candidates for the novel H1N1 virus by July 2009 – just months after the outbreak began.

Roughly 160 million doses of the vaccine were available for distribution from October to December 2009. During this time, the CDC established a protocol to prioritize vaccination of individuals most at risk for infection and severe complications, including pregnant women, infants and their caregivers, health workers, young adults (<25 years), and immunosuppressed adults (25 – 60 years). Ultimately, a vaccine was not available in large quantities until November 2009, after the second wave of illness had already passed in the United States.

As a vaccine became more widely available, the CDC engaged in a widespread public health campaign to encourage vaccination, including a “We can get through this, together” ad campaign. The overall burden of the 2009 H1N1 pandemic was less severe than other pandemics, and the virus now circulates as a seasonal human flu virus.

Prior to 2009, several other flu viruses emerged as pandemics and have since become seasonal viruses. This prompted the CDC to develop a Pandemic Strategy that includes a plan for allocating and targeting vaccine distribution.  According to the CDC guidance, when vaccine is produced incrementally during a pandemic, targeting decisions should “reduce the impact of the pandemic on health and minimize disruption to society and the economy.” Decisions should consider:

The guidance was developed by a working group in 2008 and updated in 2018 to include lessons learned from the 2009 H1N1 outbreak. The original working group established the ethical underpinning that the goal to reduce illness and associated disruption to the economy “cannot be achieved by targeting vaccine to one occupational or risk group at the exclusion of others.” This was reinforced by public and stakeholder input, and pandemic planning working groups, public engagement meetings, and stakeholder meetings came to the same conclusions about which program objectives were the most important:

We expect similar goals and objectives to guide the National Academies committee framework for COVID-19 vaccination distribution, due to be published in the coming weeks.

Johns Hopkins University Center for Health Security recently published two reports on a potential framework for COVID-19 vaccine distribution and the public’s role, which we plan to discuss later this week.

Bioethics in a Pandemic: The Basics

Bioethics in a Pandemic: Vaccine Distribution 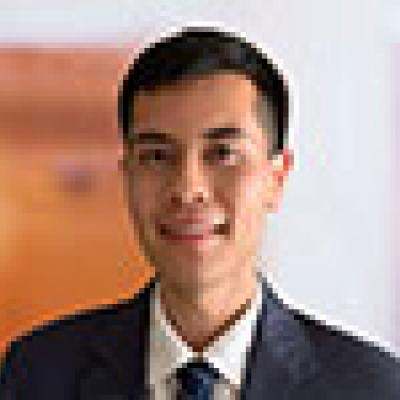