On Friday, February 16, the U.S. Consumer Product Safety Commission (“CPSC”) announced that it had voted 3-1 (along party lines) to authorize CPSC staff to file an administrative complaint against Britax Child Safety, Inc., (“Britax”) a global manufacturer of car seats, strollers, and other juvenile products. In its Complaint, CPSC alleges certain models of Britax’s B.O.B. jogging strollers contain a 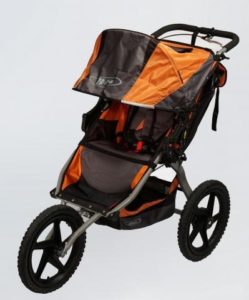 design defect which results in stroller wheel detachments.  The Complaint seeks an order finding that the strollers present a substantial product hazard and directing Britax take action to recall the products, among other things.

One aspect of this case that’s especially noteworthy is that it was opposed by Republican Acting Chairman Ann Marie Buerkle, who is President Trump’s nominee for permanent Chairman. The three Commissioners who voted affirmatively are all Democratic Commissioners who, as a supermajority, still have control over many areas of the agency over one year into the Trump administration.

Britax is no stranger to dealings with the CPSC. They initiated a recall of strollers in 2017 and infant car seats in 2016. The fact that Britax conducted two recalls for other products very recently suggests that the company feels strongly about their position that there is no defect associated with these strollers.

BOB Gear by Britax issued a press release, defending their position by stating, in part:

There is no defect in these products. They are safe when used as instructed. The quick release, which is used to secure the removable front wheel to the frame, is a widely-used feature. It has a history stretching back decades – first in bicycles and then in strollers. While we respect the CPSC and its mission, we cannot agree to recall a product that is not defective.

Unless it is settled, this lawsuit could drag out for years. The Zen Magnets administrative litigation is currently on appeal in federal court and has been ongoing for well over five years now. It took almost four years to even obtain a ruling by the administrative law judge in that case. Given this recent precedent concerning timing, the CPSC’s lawsuit against Britax could eventually be pending before a Republican or a Democratic controlled commission depending on the time it takes for the administrative law judge to make a ruling, whether that ruling is appealed, and the makeup of the Commission at that time.