We have been following the high-publicity battle between Uber and Lyft, on the one hand, and the drivers on the other, over whether the drivers are properly classified as independent contractors.  Uber and Lyft argue they are mere technology companies facilitating the connections between drivers and would-be passengers.  The drivers say they are employees of the companies because the companies exercise significant control over how they provide the taxi services.  However, it appears that disputes over proper classification of taxi drivers are not unique to Uber and Lyft.

The Massachusetts Supreme Judicial Court -- the state's highest court -- recently issued a decision in connection with a dispute between Boston-based taxi drivers and the medallion owners and radio dispatchers in which the taxi drivers sued claiming they were improperly classified as independent contractors.  The facts and circumstances of Sebago v. Boston Cab Dispatch, Inc. were unique.  Rather than the medallion owners and dispatchers establishing a series of rules governing how the drivers operated the cars and picked up passengers, all parties operated under a detailed regime of regulations governing the Boston taxicab industry that address not only the ownership, licensing and leasing of taxi medallions, but also pricing, operational rules, driver personal appearance and treatment of passengers.

Massachusetts has an independent contractor statute that states that any person providing a service is presumed to be an employee, which presumption can be rebutted if the three indicia of an independent contractor are established:  “(1) the individual is free from control and direction in connection with the performance of the service, both under his contract for the performance of services and in fact; and (2) the services is performed outside the usual course of the business of the employer; and (3) the individual is customarily engaged in an independently established trade, occupation, professional or business of the same nature as that involved in the service performed.”

The owners first argued that the statute does not apply to the taxicab industry because the industry is separately regulated by the city as a public utility, but the court disagreed.  The owners also argued that the drivers were not providing a service, but rather, the drivers were mere renters of a license.  The court agreed, in part, but then held that even if they were in fact providing a service, the drivers met all three prongs of the independent contractor statute.  As for the first prong, the court held that nearly all of the rules controlling the drivers (e.g. driver’s appearance, cell phone usage, ability to smoke, procedures for obtaining or refusing passengers, standards for treatment of passengers, meter rates, and geographical areas of operating) did not emanate from the owners, but rather they were embedded within the taxi cab statute.  With respect to the second prong, the court held that medallion owners’ leasing business is not directly dependent on the drivers’ success – in fact their businesses are entirely disconnected from their success because, among other things, drivers (unlike in the Uber and Lyft cases), are not required to remit any portion of their revenues to the medallion owners.  Finally, the court also found that the drivers were in a distinct business for themselves – they are free to lease medallions from whomever they chose, use a different dispatch service, accept or not accept a single dispatch or ride request, and advertise for themselves through personalized business cards.

While this case is unique because it was decided in the context of a highly-regulated industry, what is apparent from this case and the Uber and Lyft cases is that the employee/independent contractor dichotomy contains much gray.  Though some cases may be more apparent than others, it is far from an easy black and white determination.  As a result, businesses are left with the difficult task of analyzing particular cases and comparing to them to their own unique circumstances.  This case serves as another guidepost in that determination. 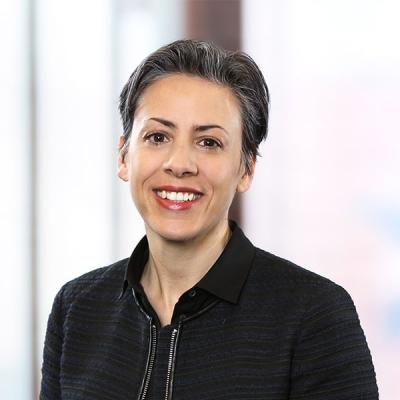