Mull v. Motion Picture Ind. Health Plan educates employers on the basics of the requirements of the Employee Retirement Income Security Act (ERISA) governing plan documents and summary plan descriptions. The lessons are sobering, particularly as they relate to group health plans. Although compliance with these requirements is neither difficult nor expensive, many employers nevertheless ignore them. The decision in this case might—and, in our view, should—encourage them to reconsider.

In Mull v. Motion Picture Ind. Health Plan, No. 15-56246 (9th Cir. Aug. 1, 2017), the Ninth Circuit Court of Appeals held that a summary plan description and trust agreement, when read together, constitute a written plan document for purposes of complying with the requirements of ERISA. At issue was the ability of the Motion Picture Industry Health Plan to enforce reimbursement/recoupment rights set out in the plan’s summary plan description (there was no separate plan document designated as such) against a plan participant who recovered damages from a third-party as a consequence of injuries sustained in a motor vehicle accident. The court below ruled that the plan could not enforce its subrogation rights because the reimbursement/recoupment rights were found only in the summary plan description. On appeal, the Ninth Circuit Court demurred, finding that the plan’s trust agreement, when read together with the summary plan description, constituted an ERISA plan document. Had the plan had a compliant ERISA plan document in the first instance, it might well have avoided litigation altogether.

This post reviews Mull and examines an anomaly in its larger context, i.e., the widespread failure of employers of all sizes to adhere to the relatively simple and straightforward ERISA rules governing plan documents and summary plan descriptions. We are of the view that risks of failing to adopt and maintain compliant ERISA plan documents pale in comparison to the modest costs of compliance.

ERISA does not require employers to offer their employees any employee benefit plans (such as group health plans or 401(k) retirement plans), but when an employer chooses to do so ERISA imposes certain documentation, notice and reporting and other formal requirements. An ERISA-covered plan must be established and maintained according to a written plan document, the material terms of which are reflected in a simplified summary document called a “summary plan description.” While these requirements are generally followed in the case of retirement plans, the opposite is true for many welfare plans including, most notably, group health plans. All too often, employers simply assume that the materials provided by a carrier or third-party-administrator, such as glossy brochures or benefits highlights, satisfy their ERISA obligations. In the vast majority of cases, they do not. (For a comprehensive summary of the ERISA reporting and disclosure rules, please see the Department of Labor’s Reporting and Disclosure Guide for Employee Benefit Plans.)

There are no specific penalties under ERISA for failing to adopt a written plan or to timely provide a summary plan description. But in instances involving disputes with participants and beneficiaries over the right to benefits, e.g., coverage under a group health plan for a serious accident or condition, an employer without comprehensive, compliant documents is likely to find itself at a disadvantage on two fronts: first, the material terms of the plan will need to be established by parole evidence (such as past practice); and second, the employer forfeits certain advantages that can only be claimed in a properly drafted plan document (for example, the right to amend or terminate the plan, or the right to have the disputed claim decided under a deferential standard of review, or whether the plan has subrogation rights). Moreover, the summary plan description is among the documents that must be furnished in response to a participant’s (or the Department of Labor’s) written request, and a failure to timely respond to such a request could result in monetary penalties.

ERISA requires that every employee welfare benefit plan be established and maintained according to a written plan document that includes the following information:

The plan vs. the insurance contract

Where an employer provides health insurance to its employees and their beneficiaries, it may do so under a fully-insured or self-funded arrangement. As the name suggests, fully-insured arrangements are purchased from a state-licensed issuer or carrier under which underwriting risk is transferred to the carrier in return for premium payments. In contrast, in a self-funded arrangement, the employer retains the underwriting risk, although all but the largest employers will purchase stop-loss overage to protect against catastrophic losses. Self-funded plans are in many cases operated by a carrier under an “administrative-services-only” (ASO) arrangement. But either way, employers sometimes fail to understand the distinction between the ERISA-governed “plan” and the insurance or ASO contract. The distinction is important.

In Pegram v. Herdrich, 530 U.S. 211 (2000), the Supreme Court explained the relationship of the ERISA plan and the underlying insurance contract, saying:

One is thus left to the common understanding of the word “plan” as referring to a scheme decided upon in advance . . . Here the scheme comprises a set of rules that define the rights of a beneficiary and provide for their enforcement. Rules governing collection of premiums, definition of benefits, submission of claims, and resolution of disagreements over entitlement to services are the sorts of provisions that constitute a plan.” (Pegram, 530 U.S.at 213).

Thus, the ERISA-governed plan is the set of promises that the employer makes to its employees and their beneficiaries regarding health benefits together with the accompanying administrative scheme. The insurance contract operates to shift actuarial risk, but in doing so the terms of the contract can also be relied on to furnish some of the terms of the plan. Though the Pegram court was dealing with an HMO contract, it reasoning can be extended to self-funded programs that rely on an ASO provider wherein the ASO contract and materials supply certain plan terms. In either case, the lesson ought to be clear: The insurance policy (or ASO contract) is not the ERISA-governed plan, nor in the vast majority of instances is it the ERISA plan document or summary plan description.

The facts of Mull are straight forward: The plaintiffs Norman, Danielle, Lenai, and C. Mull brought a claim under ERISA against the Motion Picture Industry Health Plan and the plan’s board of directors. Here is how the court framed the legal issue:

The Plan is a self-funded multi-employer health and welfare benefit plan established under a Motion Picture Industry Plan Agreement and Declaration of Trust (the “Trust Agreement”). The Board of Directors are named fiduciaries and administrators of the Plan. The Board adopted the Motion Picture Industry Health Plan Summary Plan Description for Active Participants (the “SPD”), which specifies eligibility requirements, conditions for the receipt of benefits, the types of benefits, and the amount and duration of benefits provided to participants and their eligible dependents . . . The summary plan description provides that no benefits will be payable in a third-party liability claim unless the participant, or applicable dependent, agrees to reimburse the plan for any benefits previously paid upon receipt of a third-party recovery. The summary plan description further states that if reimbursement is requested but not received by the plan, the amount of the benefits paid will be deducted from all future benefits payable to the participant and his or her dependents.

Lenai Mull was injured in a motor vehicle accident, for which she received a $100,000 recovery from a third party involved in the accident. In connection with the accident, the plan paid a total of $147,948.38 in medical benefits to Lenai for treatment of her injuries. The Plan sought reimbursement, but Lenai declined. The Plan then sought to invoke its overpayment procedures, which included recoupment out of future benefits payable to Norman Mull and other beneficiaries.

The Mulls sued for declaratory relief, injunctive relief, and recovery of benefits, and the board filed a counterclaim seeking to recover the $100,000 received by Lenai from the third party. The district court granted summary judgment to the plaintiffs holding that, because the reimbursement/recoupment provisions that the plan sought to enforce were found only in the summary plan description and not in any document that constituted “the plan,” the reimbursement/recoupment provisions were not legally enforceable under ERISA.

In Mull, The Ninth Circuit began its analysis by explaining that ERISA requires that every employee benefit plan include:

(1) a procedure for establishing and carrying out a funding policy, (2) the procedure for the allocation of responsibilities for operation and administration of the plan, (3) a procedure for amending the plan and the identity of persons with the authority to do so, and (4) the basis on which payments are made to and from the plan.

The lesson of Mull v. Motion Picture Ind. Health Plan is not difficult to discern: compliance with the substantive requirements governing ERISA plan documents and summary plan descriptions results in a material benefit to a plan sponsor.

Compliance with the ERISA plan document and summary plan description requirements is not particularly difficult or daunting, but it does require attention. Particularly in the case of group health plans, the “wrap” plan document seems to us to be a particularly useful approach. Taking a cue from Mull, the wrap document should provide that it is intended to constitute “both the Plan document and the Summary Plan Description” for the plan. It was this sentence that saved the day for the defendant plan. In addition, this approach seems to us wholly consistent with the Supreme Court’s position in Amara. 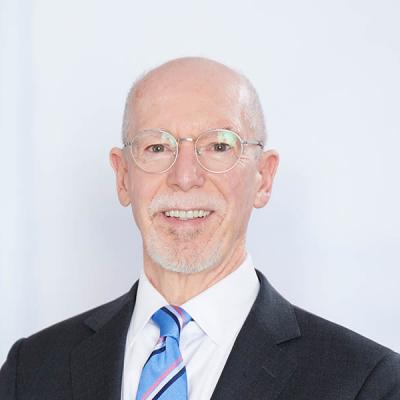