The Affordable Care Act’s employer shared responsibility rules will require large employers (50 or more full-time and full-time equivalent employees) to make an offer of minimum essential coverage to at least 95% of their full-time employees or pay a non-deductible excise tax on all their full-time employees. These so-called “pay-or-play” rules become effective on January 1, 2014.1 Because the excise tax payments are determined month-by-month, it is not possible to know for certain whether coverage must be offered to any particular employee because of his or her full-time status until the end of a month. Recognizing that this presents something of a Catch-22, the regulators have proposed an alternative means of determining full-time status of certain employees called the “look-back measurement period method.”

Under the look-back method, employers are permitted to determine an employee’s full-time status based on a measurement period established by the employer of up to 12 consecutive months. During the measurement period, an employer is not subject to an excise tax payment with respect to, among others, new “variable hour” employees. Employees determined to be full-time during a measurement period must be offered coverage during a corresponding “stability period” of generally the same length even if their hours drop below full-time, provided they remain employed.

The look-back approach should greatly benefit employers whose employees work on a part-time or temporary basis; but it also poses significant compliance and enforcement challenges, especially for temporary staffing firms. In particular, how the rules apply to new variable hour employees of staffing firms has been the subject of much recent confusion and misinformation. This advisory examines how the rules governing variable hour employees will apply both in 2014 and beyond.

The proposed look-back measurement period rules were formally issued by the Treasury Department and the Internal Revenue Service on December 28, 2012 and published in the Federal Register on Jan. 2, 2013.2 For newly hired employees (as distinguished from “ongoing” employees who have already completed at least one standard measurement period) the look-back method for determining full-time status applies only to new “variable hour” and “new seasonal” employees. A new employee who is hired into a position that is full-time, and who does not qualify as variable hour or seasonal, must be offered coverage within 90 days in order to avoid the prospect of an assessable payment.

The proposed rules define an employee as variable hour if, based on the facts and circumstances at the employee’s start date, the employer —

“cannot determine whether the employee is reasonably expected to be employed on average at least 30 hours of service per week during the initial measurement period because the employee’s hours are variable or otherwise uncertain.”3

In making variable hour determinations, the proposed rules say that employers “may not take into account the likelihood that the employee may terminate employment with the employer before the end of their initial measurement period.”4 This language has been the subject of some confusion. Application of this standard has, therefore, been delayed until January 1, 2015. But even in 2014, the proposed rules provide that, while an employee’s expected tenure may be considered in making variable hour determinations, the determinations must be based on “objective facts and circumstances specific to the newly-hired employee at the start date and cannot be based on the expected aggregate turnover of the employer’s work force as a whole.”5

The provision barring employer reliance after 2014 on expected employee tenure in making variable hour decisions does not mean, as some commentators have suggested, that beginning in 2015, newly-hired temporary employees who are offered full-time assignments on their start date cannot be treated as variable hour employees and must be offered health benefits within 90 days. This ignores the specific examples provided in the proposed regulations for determining the variable hour status of temporary employees assigned by staffing firms. The examples make clear that, in 2014 and in the years following, staffing firms can use up to a full 12-month look-back period for temporary employees as long as they are properly classified as variable hour employees based on those examples. The following is a brief summary of the relevant examples:6

The examples don’t specifically define “short-term” or “few months” but the preamble to the regulations refers to assignment lengths “each generally lasting no more than two or three months”7 and, at another point, describes short-term as “4 or 5 months.”8

Longer-term employees may not qualify as variable hour

While employees who are expected to work on relatively short-term, intermittent assignments clearly will qualify for variable hour status under the proposed examples, it is not clear at what point the length of an expected assignment will not qualify as variable hour — in which case the look-back approach would not apply. The Treasury Department and the IRS rejected an approach under which all employees assigned by temporary staffing firms be considered to be inherently variable hour, saying that a blanket presumption would not be appropriate for all staffing firm employees, “especially employees on longer-term assignments with predictable requests for hours of service, as may be the case, for example, with particularly high-skilled technical or professional workers.”10

The regulators also expressed concern that special rules for short-term employees could create “the potential for abuse and manipulation” that might “outweigh the churning and inefficiency associated with offering coverage to such workers.” Similarly, special rules for high turnover employees “could provide an incentive for employers to terminate employees to ensure that the position remains a high-turnover position under whatever standard was used to make that determination.” Nevertheless, they invited further comment on how these situations could be addressed without creating perverse incentives or avoidance situations.11

In response to this invitation, the American Staffing Association (ASA) has submitted comments urging the adoption of a special safe harbor rule for employers with unusually high historical employee turnover. Under the proposal, employees of firms, such as temporary staffing firms, with historical (not expected) annual employee turnover of at least 100% would be presumed to be variable hour employees. ASA asserted that staffing firms need such a provision because of the large volume of temporary employees, the often urgent client need for such workers, and the need for a reliable way to determine variable hour status “without having to make a time-consuming, confusing, and possibly inconclusive facts and circumstances analysis before each employee starts work.”12

The presumption of variable hour status under the ASA proposal would not apply to employees who, on their start date, are reasonably expected to work full-time for at least 6 consecutive months or more. Such employees would be presumed to be non-variable hour employees and therefore and would not be eligible for look-back treatment.

Even if the administration does not accept the staffing industry’s safe harbor recommendation, the examples provided in the proposed regulations should provide a basis for treating most new temporary employees employed by staffing firms as variable hour.

1 Minimum essential coverage generally includes coverage under an employer-sponsored group health plan. In the case of large fully-insured plans and self-funded plans, the plan need only provide “medical care” to qualify. This is a low threshold and potentially could be met by a plan with the slimmest of benefits. Recognizing this, the law allows employees who want and need better coverage to obtain it through a public health insurance exchange (marketplace). In addition, employees who meet certain income requirements can get tax assistance to help them buy coverage in the exchange if the employer’s plan does not provide “minimum value” (i.e., the actuarial value of the plan’s benefits is less than 60%) or is unaffordable (i.e., the employee’s share of single-only premium coverage exceeds 9.5% of the employee’s income). If an employee qualifies for tax assistance and opts for marketplace coverage, the employer is subject to a penalty.

6 The full text of the examples is set forth in the proposed regulations as Examples 12 and 13 (78 Fed. Reg. at 248). Example 12 specifically refers to an employer “in the trade or business of providing temporary workers to numerous clients that are unrelated to [the] employer…and to one another.” Example 13 does not specifically refer to a staffing firm, but the fact pattern used in the example is typical of many temporary employee assignments.

9 Some commentators have also reported that employees will not be considered variable hour if they replace employees who were previously full-time or are assigned to fill positions that are normally full-time. Treasury and IRS are “considering whether such factors are appropriate” but no such ruling has been made. See 78 Fed. Reg. at 227 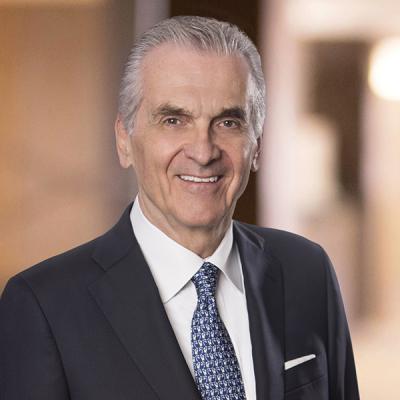 Edward A. Lenz is a Senior Advisor at Mintz. He's a leading authority on employment services and workforce outsourcing. Ed has served as general counsel and senior counsel of the American Staffing Association since 1989, and he understands the issues affecting third-party staffing arrangements.