The California Supreme Court, in Aryeh v. Canon Business Solutions, Inc., 2013 WL 263509 (January 24, 2013), resolved a split in the lower appellate courts over the applicability of common law rules of accrual to the statute of limitations in California’s Unfair Competition Law (Cal. B&P Code § 17200, “UCL”). The UCL broadly prohibits all “unlawful, fraudulent or unfair” business acts or practices, and the statute provides that a UCL suit must be filed “within four years after the cause of action accrued.” In a unanimous ruling, the Supreme Court rejected the theory that tolling doctrines are categorically inapplicable to the UCL and found that the UCL is subject to common law rules of accrual, including the common law theory of continuous accrual. Coupled with existing precedent allowing a plaintiff to use the UCL’s four-year limitations period to effectively extend the limitations period for a predicate “unlawful” act, the ruling in Aryeh creates the opportunity for plaintiffs to prosecute claims that otherwise would be stale and subject to early dismissal.

Factual and Procedural Discussion of Aryeh

Mr. Aryeh’s copy machine lease from Canon required him to pay a surcharge for all copies in excess of the monthly allowance. Canon serviced the copiers on a periodic basis, and Mr. Aryeh noticed discrepancies between the meter readings taken by Canon employees and the actual number of copies made on each copier. Mr. Aryeh concluded that Canon employees were running test copies over the course of 17 service visits between February 2002 and November 2004. These test copies resulted in Mr. Aryeh exceeding his monthly allowance and owing excess copy charges and late fees to Canon. Mr. Aryeh brought suit in January 2008 against Canon for violation of the UCL, alleging that Canon knew or should have known it was charging for excess copies and that the practice of charging for such copies was both unfair and fraudulent. Both the trial court and the appellate court concluded that Mr. Aryeh’s complaint was barred by the UCL’s four-year statute of limitations because the clock on a UCL claim begins when the first violation occurs.

Traditionally, under common law, a statute of limitations runs from the moment the last of three elements of a claim occurs – wrongdoing, harm, and causation. This concept is known as the “last element” accrual rule and it is generally subject to a series of equitable exceptions. The exceptions include: (1) the discovery rule, which postpones accrual until the plaintiff discovers or has reason to discover the cause of action; (2) equitable tolling, which may suspend or extend the statute of limitations when a plaintiff reasonably and in good faith has chosen to pursue one of several remedies and the notice function of the statute of limitations has been served; (3) fraudulent concealment, where a defendant has caused a claim to grow stale through deceptive conduct; (4) the theory of continuing violation, where a series of wrongs may be aggregated for statute of limitations purposes, with accrual occurring upon the occurrence of the last of such wrongs; and (5) the theory of continuous accrual, which provides that each of a series of wrongs triggers its own distinct limitations period, such that a suit may be partially time-barred as to older wrongs but timely as to those within the relevant limitations period.

The Supreme Court concluded that these common law rules apply to determine when a claim under the UCL accrues. In evaluating the language and legislative history of the UCL’s statute of limitations, the Supreme Court determined that the California legislature did not specify the ways in which common law principles may or may not apply; such silence thereby triggers a presumption in favor of applying common law accrual rules.

In so ruling, the Supreme Court resolved a split among the appellate courts over whether the UCL’s statute of limitations should be subject to all of the common law rules of accrual (including exceptions) or whether the UCL is categorically exempt from exceptions to such accrual rules. In Aryeh, the Court of Appeal agreed with the latter, relying primarily on Snapp & Associates Ins. Services, Inc. v. Robertson, 96 Cal.App.4th 884 (2002) (“Snapp”) to deem Mr. Aryeh’s UCL claim time-barred. In Snapp, the court found that a UCL cause of action accrued when the very first allegedly improper conduct of the defendant occurred (and became known to the plaintiff shortly after its occurrence), even though such conduct continued over a period of time. Snapp, however, did not expressly address the continuous accrual exception.

The Snapp court relied primarily on Stutz Motor Car of America, Inc. v. Reebok International, Ltd., 909 F.Supp. 1353 (C.D. Cal. 1995) (“Stutz”), a federal district court decision that held the discovery rule inapplicable to a plaintiff’s UCL claim. The court ruled the statute of limitations begins to run when the cause of action accrues, irrespective of whether the plaintiff knew of its accrual, unless a plaintiff can successfully invoke equitable tolling. The Stutz court reasoned that (1) federal antitrust laws prohibit certain equitable exceptions to accrual, (2) judicial interpretations of such laws apply to California’s antitrust law, and (3) by implication, the interpretations of California’s antitrust law apply to the UCL. Interestingly, the Stutz decision rejected use of the discovery rule in UCL claims but permitted invocation of equitable tolling, and the Snapp court considered (but rejected) the fraudulent concealment exception based on the facts presented. Thus, the Stutz and Snapp decisions, despite their rejection of certain exceptions to accrual, indicated that other exceptions to accrual (namely equitable tolling and fraudulent concealment) might apply to UCL claims in some circumstances.

The Supreme Court rejected the UCL analysis in Stutz, holding that interpretations of federal antitrust law are at most instructive, not conclusive, when evaluating California’s antitrust law, given that the state law was modeled on other states’ laws, not federal law. Moreover, it explained that California’s antitrust law and the UCL have different origins and scopes. As a result, the Supreme Court found that the UCL’s statute of limitations is governed by common law accrual rules to the same extent as any other statute, meaning that “the nature of the right sued upon…and the circumstances attending its invocation control the point of accrual.”

The Supreme Court also looked, in part, to Broberg v. The Guardian Life Ins. Co. of Am., 171 Cal.App.4th 912 (2009) (“Broberg”), which involved a statute of limitations defense to a UCL claim. The Broberg court applied the discovery rule to a deceptive practices claim brought under the UCL, reasoning that the underlying nature of the claim, not its form, should control. The Supreme Court confirmed this analysis, stating that the fact that “the cause of action was pleaded under the UCL should not preclude application of an equitable exception to the usual accrual rule; just like common law claims challenging fraudulent conduct, a UCL deceptive practices claim should accrue ‘only when a reasonable person would have discovered the factual basis for a claim.’” Additionally, the Supreme Court expressly rejected the reasoning in Snapp, stating that exceptions to accrual “apply precisely to the extent the preconditions for their application are met, as would be true under any other statute.” It further noted that since the UCL and its remedies are equitable in nature, it would be inconsistent to conclude that equitable exceptions have no place in determining the timeliness of a claim.

Canon did not argue that all exceptions to the common law rules of accrual are always inapplicable to the UCL. Rather, its primary argument was that Mr. Aryeh’s UCL claim was based on a single instance of alleged fraud committed at the time of contract formation, and therefore – in facts seemingly analogous to the Snapp decision – the claim was time-barred. The Supreme Court indicated that a UCL complaint based solely on fraud might render Mr. Aryeh’s complaint untimely; however, because the complaint alleged both fraud and unfairness, each imposition of excess charges by Canon may constitute an unfair business practice subject to its own limitations period (and, because some excess charges occurred within four years preceding the complaint, the suit is not entirely time-barred). Interestingly, this distinction drawn by the Supreme Court could potentially broaden the scope of claims brought under the “unfair” prong (rather than the “fraud” prong) of the UCL.

Aryeh clarifies the statute of limitations under the UCL by providing that common law rules of accrual (and the continuous accrual exception) apply to the statute. The UCL permits plaintiffs to “borrow” violations of other laws and treat them as unlawful practices that are independently actionable under the UCL. Furthermore, prior California Supreme Court precedent (e.g.. Cortez v. Purolator Air Filtration Products Co,. 23 Cal.4th 163 (2000)) allows plaintiffs to rely upon the UCL’s four-year statute of limitations even if the underlying legal violation has a shorter statute of limitations. Such precedent, coupled with the Aryeh decision, significantly expands the ability of plaintiffs to rely on the UCL to litigate claims that might otherwise be time-barred, particularly when there is a continuing wrong or recurring unfair business practice and even when such wrong or practice is not substantial (e.g., an excess copy charge).

While the Supreme Court did not specifically analyze the applicability of all of the other exceptions to the common law rules of accrual to the UCL (including, most significantly, the discovery rule), its unanimous ruling together with (1) the advocacy of the California Attorney General’s office (which filed an amicus curiae brief in favor of applying the continuous accrual and continuing violation exceptions to UCL claims), and (2) comments from the California Attorney General’s office interpreting the Aryeh decision to permit equitable exceptions to accrual under the UCL (including the discovery rule), suggest that each of the common law exceptions to the rules of accrual may apply to the UCL’s statute of limitations. The fact that the Supreme Court (1) agreed with the analysis and application of the discovery rule in Broberg, and (2) considered but ultimately rejected the continuing violation exception in Aryeh based on the facts presented also lends credence to the California Attorney General office’s interpretation. If this interpretation of Aryeh is endorsed, it will become more difficult for defendants to prevail on a statute of limitations defense at the outset of a case (i.e., on the pleadings) because plaintiffs can raise factual issues affecting accrual or tolling of their UCL claims.

As noted by the Supreme Court, and especially given the nebulous nature of the UCL, the application of the accrual rules and their exceptions are dependent on the rights sued upon by a plaintiff under the UCL and the circumstances surrounding the point of accrual. Practitioners must be mindful that the facts concerning each UCL claim (and the nature of the UCL claim itself) will affect whether and to what extent common law accrual exceptions might apply. 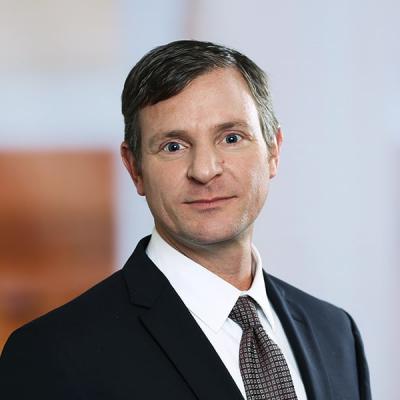 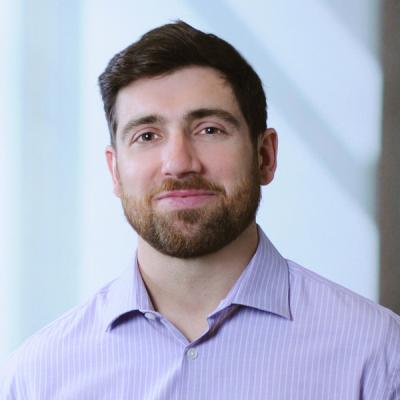 Brandon E. Barker is a real estate transactional attorney at Mintz. His practice focuses on acquisitions, dispositions, financings, and leasing and developments of office, industrial, technology, and multifamily projects. Brandon is a LEED Green Associate.