On Friday, January 8, 2021, the Department of Homeland Security (DHS) published the final rule to replace the current U.S. Citizenship and Immigration Services (USCIS) H-1B visa petition selection process based on a random lottery with a weighted selection system favoring H-1B registrations in which the wage being offered by the employer meets the highest wage level in the Department of Labor’s four-tiered wage system. This final rule will be effective Tuesday, March 9, 2021.

The H-1B “cap” or “quota” is a limitation on the number of “new” H-1B petitions that can be approved in a fiscal year. The current quota is 85,000, of which 20,000 are reserved for individuals who hold a United States master’s or higher degree.

For the past eight years, there have been far more petitions filed than available H-1B numbers. As a result, USCIS historically has performed a computer-generated lottery to select which petitions would be processed. Before 2020, USCIS accepted full H-1B cap-subject petitions in the first five business days in April, six months before the start of the fiscal year, and conducted a lottery of all petitions received. Last year, USCIS implemented a new H-1B registration system. Employers submitted an electronic registration to USCIS for a random selection in the H-1B cap lottery. If selected, the employer then submitted a full H-1B petition to USCIS. Additional information on the H-1B registration system can be found here.

Instead of a random selection process, the new rule will give first preference to registrations with an offered wage on the highest Department of Labor (DOL) Occupational Employment Statistics (OES) wage level.

DOL’s wage data is broken down into four levels, with level IV being the highest wage level. Under the new system, if USCIS receives more than 85,000 registrations, USCIS will first select those registrations submitted with a Level IV or higher wage; if there are still available H-1B quota numbers, the agency will then proceed to rank and select H-1B registrations in descending order through Levels III, II and I.

The proposed rule also prevents employers from subsequently filing an amended H-1B petition at a lower wage level after an H-1B cap lottery petition is selected and approved by USCIS.

Implementation of the New Rule is Uncertain

Although the new rule will be effective 60 days from the publication of the final rule (March 9, 2021), the registration system would need to be updated to include a data entry field for the offered wage level and the Standard Occupational Classification (SOC) Code. USCIS also needs time to incorporate and test the technical aspects of the selection system. USCIS has not yet announced whether the implementation of the new rule and updated system will take place in time for this year’s registration. Last year, the registration period was from March 1 to March 20.

USCIS also has the discretion to suspend the H-1B registration requirement, if it determines that the registration is not operable for any reason. In such case, petitions would have to be filed in the first week of April in order to be included in a lottery from which a limited number of petitions will be selected for employment to begin October 1, 2021.

It’s important to point out that the incoming Biden administration will have the discretion and authority to modify the rule or delay the effective date of the rule.

Therefore, the timing of the implementation of the wage-based system and whether employers will be required to file full petitions are still to be announced by USCIS. We will publish an update once USCIS provides further details regarding the rollout of the new cap H-1B selection system.

Given the new rule and the uncertainty regarding its implementation and method of submitting petitions, we encourage employers to identify early any employees or prospective employees who require H-1B visa sponsorship. This may include individuals who were not selected in previous H-1B lotteries, F-1 students, previous J-1 trainees, L-1 employees facing long green card delays, or other employees whose work authorization may be in jeopardy under changes in the immigration system (e.g., persons working pursuant to H-4 employment authorization).

Then, contact your attorney in Mintz’s Immigration Practice to discuss the individuals you want to sponsor. We will work with you to assess the cases and plan the best option for your company to prepare for this year’s process. As noted above, we strongly advise clients to finalize their H-1B petition decisions and obtain relevant information as soon as possible.

If you have any questions regarding these new regulations, please contact your Mintz immigration attorney. 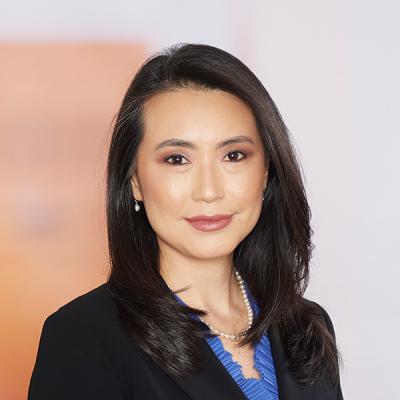