On December 4, 2015, the Fixing America’s Surface Transportation Act (the “FAST Act”) was signed into law by President Obama. Although the FAST Act is primarily a transportation bill, buried in this legislation is a new statutory exemption under Section 4(a)(7) of the Securities Act of 1933 (the “Securities Act”) that explicitly permits private resales of restricted securities. This new exemption may increase investor liquidity by facilitating the development of secondary markets in private securities.

Section 5 of the Securities Act requires that sales of securities be registered with the SEC unless an exemption is available. Resale transactions have historically been governed primarily by Section 4(a)(1), also known as the “ordinary trading” exemption, which allows a holder of restricted securities to resell them without registration as long as the holder is not the issuing company, an underwriter, or a dealer. However, resellers run the risk that they might be deemed an underwriter. So, in order to conduct resales without registration, resellers have historically relied primarily on Section “4(a)(1½),” a reseller exemption based on a combination of Sections 4(a)(1) and 4(a)(2) that many resellers have used but which was never codified into law.

The new Section 4(a)(7) exempts certain resales from the registration requirements of Section 5 as long as particular conditions are satisfied. For example, each purchaser of the resold securities must be an accredited investor; the securities may not be offered by means of a general solicitation; the company whose securities are being resold must be engaged in business (i.e., it cannot be a shell company with no specific business plan of its own); and the reseller must provide the purchaser with certain information, such as updated company financials.

Although Section 4(a)(7) is in many ways a codification of Section 4(a)(1½), it differs in certain key respects, such as the disclosure requirements that 4(a)(7) imposes on resellers, which will require significant issuer cooperation. How willing issuers will be to provide the requisite information, which we expect will be dictated at least in part by their potential liability for misstatements made in connection with this process (the scope of which is currently unknown), will have a real impact on the usefulness of 4(a)(7). Furthermore, and most significantly, unlike 4(a)(1½) transactions, in which securities would typically be held for at least six months to ensure that they were not initially purchased with an intent to distribute, 4(a)(7) does not require a holding period, such that purchasers of restricted securities may resell them immediately.

We believe that this exemption will provide holders of restricted securities with improved liquidity and greater predictability, thereby laying the foundation for more robust secondary markets. That said, because the precise implications of 4(a)(7) are unknown, whether or not it really is a game-changer remains to be seen: in order to truly have its intended effect of fostering predictability, 4(a)(7) may require further clarification from courts and the SEC.

If you have questions about the new Section 4(a)(7), please contact the authors of this alert or your regular counsel at Mintz Levin. 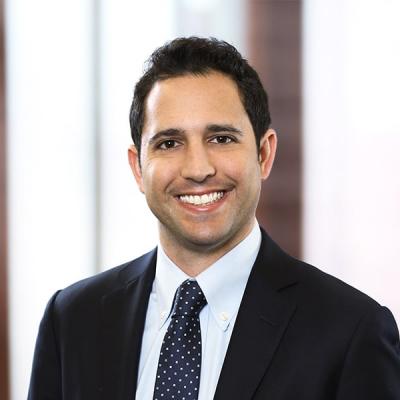 Cliff M. Silverman is a Mintz Associate who handles corporate and securities matters with an emphasis on securities offerings, venture capital, and corporate governance. Cliff represents issuers and investment banking firms in a broad range of capital markets transactions.