Name Member and former Washington, DC office head Charlie Ferris played an integral role in the passage of the Civil Rights Act of 1964 and the drafting of the Voting Rights Act of 1965. During that time, as the staff director for the Democratic Policy Committee of the US Senate and general counsel for then–Senate Majority Leader Michael Mansfield (D–MT), he worked behind the scenes with legislators championing the bills. In this video, Charlie reflects on that momentous time in history and the relevance of this legislation today.

I think it probably was the most significant actions and participations that I’ve had — working on the Civil Rights Bill of ’64 and the Voting Rights Act of ’65 — in my public career.

You know, I was a very lucky guy to get the job that I had with Mansfield. I was General Counselor for him [when he served] as Majority Leader and as the staff director of the Democratic Policy Committee in the Senate. You know, to be plucked out of the Justice Department, as a trial lawyer, to get to that position …  You know, I hit the jackpot to get it, because I was dealing with matters that were on the front pages the next day in the papers. You knew you were doing things that were very relevant.

But the civil rights legislation was of a character of its own. And the thing is, I realized then that this was history that I was working on, and that never left me. And so every moment of it was meaningful, and every small part that I played in it, I considered it [one of] the most significant things I’ve done in my life.

Well, I worked for Mansfield, and I had no relationship with Mansfield before he hired me. I didn’t think that I was going to be hired by him because I had no political experience. And when I was offered the opportunity to meet with him for this job, I said, “Gee, I’d love to,” but I had no expectations when I went that I was going to get it, because I didn’t think I was qualified, because I didn’t have any of the policy experience or the political experience that I thought would be necessary for this job.

These were very significant times. You know, you had the March on Washington. You had Martin Luther King’s statement — the speech there — which everyone was aware of and marveled at. I found my enthusiasm for the Civil Rights movement was very spontaneous. I mean, I didn’t acquire it at this time, but it was very spontaneous.

I was enthusiastic about all aspects of the bills that were introduced, and [I had] no instinct that I wanted to water anything down. Mansfield was the Majority Leader.  Hubert Humphrey, who was his Whip — who was for civil rights back in 1948 at the Democratic Convention when he took on Strom Thurmond — was the perfect leader of the bill. Mansfield selected him to be the manager of the bill when it was taken up on the Senate floor.

So, Humphrey was the leader of the bill and Humphrey somehow took a liking to me. And he had these meetings … He met with these Leadership Conference and civil rights [leaders], Clarence Mitchell, Joe Rowe and Roy Wilkins, and he wanted me to come to those meetings every Monday and Thursday, even though I was not on his staff. So I was in when he was meeting with people, and [I heard] what the machinations were with respect to how they were going after people.

I remember one little anecdote. Karl Mundt was a very conservative senator from South Dakota, Republican. They thought they might have a chance with him. They said, the thing that might be useful there is the archbishop in whatever this key state was, South Dakota, is a very strong supporter with us on this. Hubert Humphrey says, “Well, I’ll talk to the archbishop.” Karl Mundt voted for the bill. I mean, he voted for cloture for the bill. But those are the little details. That’s what used to come out of those Monday and Thursday meetings. How do we get to X Senator or Y Senator, and who would be the best person to do the requesting?

You know I see what’s going on with Biden and his two bills up on the Hill now. You know I see what they’re doing is exactly what should be done. You have to let everything run its course. Everyone has to feel that they’ve had input. That’s what happened back then. Every other bill, the Republicans got together with the Southern Democrats.

Dick Russell from Georgia was the head of the Southern Democrats, and he had tremendous discipline within the Southern Democrats. And, you know, the big [question] was, was Russell going to get Dirksen and it was going to be a Dirksen/Russell compromise, or were we going to be able to keep it on the progressive side by having it Mansfield and Dirksen? And it turned out Mansfield and Dirksen is what it turned out to be.

There were an awful lot of ripples that happened that caused a lot of anxiety, but they were required. You know, you have to have these little hiccups in any kind of legislative process, and we had them in the bill.

Now I think both ’64 and ’65 were extraordinarily important. I mean ’64 was a dignity bill, because of the public accommodations and the EEOC. That was to give dignity to the African Americans. That was essential. But the ’65 bill, the Voting Rights Bill, was the real significant piece of legislation, which gave them the power to participate in public life and not to be considered, you know, discarded people, whose viewpoints were discarded when they were discarded.

So I think they both were essential, but I think probably the most significant [legislation] was the Voting Rights Act of ’65. That one has guts, and it had guts right up until Chief Justice Roberts emasculated it, cutting Title V out of the Voting Rights Act. That was a tremendous piece of legislation, and a tremendous piece of leverage, which wasn’t watered down. And I think [it] was very effective and that’s why the bill that’s up, that’s passed the House and is before the Senate — the John Lewis Voting Rights Act — it’s critical that it’s passed this year, and I think it probably will be.

I had worked with Burke Marshall on the ’64 Civil Rights bill. Burke was the head of the Civil Rights Division down at Justice. He had left because he was going out to become General Counsel of IBM. But he was still sitting over at Covington & Burling, his old law firm.

So I called him down there and I said, “Burke, I’ve got a problem.” I said, “Mansfield wants a bill by 3 o’clock this afternoon, and he wants me to draft it. He wants it on one page, and I don’t want to screw things up. Can you give me some structure about what your bill is, so I can use that?”

Burke sent the bill up to me. He risked the wrath of Lyndon Johnson and sent it up to me. Sixty-eight pages it was; I couldn’t read it before 3 o’clock in the afternoon. So, you know, I tried to get through it, tried to put something together. And I got Mansfield’s one pager, which was probably 4 or 5 pages, legal sized, no spacing, no double lining.

About half an hour later he called and said, “Come on up, Katzenbach’s in my office”.  So, I get up there and Mansfield has the bill, and Katzenbach has their bill, the 68-pager. And with him was Harold Greene, who was the Head of the Civil Rights Division at the Justice Department. He’s the one that put together all these bills.

Bobby Kennedy used to say, “I used to say to Katzenbach, when he was my deputy, ‘I want something on civil rights,’ and Katzenbach said, ‘Right, I’ll get it for you.’” And he knew that Katzenbach went down and spoke to Burke Marshall, and Burke Marshall spoke to Harold Greene, and I don’t know if anyone else was there.

I don’t know if John Doar, who took Burke’s place came up there, and Mansfield let Nixon squirm. Nixon knew that he’d screwed up, and he was trying to make amends to Mansfield. So Mansfield just let him make amends. Mansfield would sit there, smoke his pipe, and look at him and smile, and finally after about a half hour of this roasting that was going on, Mansfield said, “Who’s your guy on this, Dick?” and he said, “Harold Greene is my guy.” He said, “Okay, have Harold and Charlie Ferris sit down and meld these two bills together.” And, you know, here’s the one I had put together … and then Harold’s. He said, “Do that tonight and tomorrow morning we’ll have a bill.” 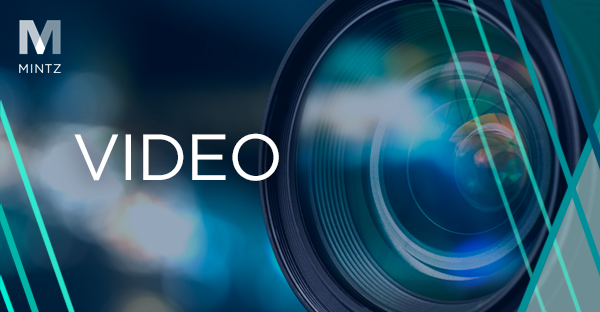