September 16, 2014, marked the two year anniversary since certain provisions of the Leahy-Smith America Invents Act went into effect, including post-grant Inter Partes Review (IPR) proceedings before the Patent Trial and Appeal Board (PTAB or Board) and the United States Patent and Trademark Office (USPTO). The Congressional goal of such IPR proceedings was to provide a petitioner the opportunity to challenge the validity of an issued patent in a timely and cost-effective manner so that mistakenly issued patents could be more easily eliminated.1 An early critic, now retired Chief Federal Circuit Judge Randal R. Rader, dubbed the PTAB a “death squad” for patents in an October 2013 speech.2 Since then, many attorneys have echoed such a belief.3 The PTAB has been concerned with the growing view from the bar and the bench that the PTAB is indeed a “death squad,” and consequently, that patents are now less valuable.4 To counteract such a negative perception, the PTAB has been vocal in stating that it does not have an agenda biased against the survival of patent claims and often cites statistics for support.5 The statistical outcomes of IPR proceedings taking place before the PTAB are reported by the USPTO. However, since the data has been reported using various metrics and organizational schemes it can be difficult to understand and easily misinterpreted. What is clear is that the initial filings, specifically a petition and the patent owner’s preliminary response, are of the utmost importance because the PTAB’s decision on the institution of an IPR is very likely determinative of whether or not a patent’s claims will survive.

The USPTO reports that, as of September 25, 2014, a total of 1,821 petitions for IPR have been filed. Of those, the PTAB has reached a decision on whether to institute review for 938 petitions. Of those 938 decisions, 731 IPRs were taken up — about an 80 percent rate of institution. A breakdown of those petitions by decisions and year shows a drop in the percentage of IPRs being instituted; the PTAB instituted reviews for 87 percent of petitions in 2013 and 75 percent of the time in 2014. When compared to all of 2013, 776 additional petitions, or 250 percent more, have been filed thus far in 2014.6 To put that into perspective, the number of IPR requests filed thus far is only 98 fewer than the total number of requests filed for Inter Partes Reexamination from 1999 through 2012.7

Below is a reproduction of the most recent data for claims challenged by petition published by the USPTO for IPRs terminated as of September 4, 2014.8 These statistics use claims as a metric. In other words, what the USPTO is reporting is the disposition of each claim as it goes through the IPR proceedings. At a high level the claim-based data can provide a sense of the trends that are occurring and how likely it may be for an individual claim that is the subject of a petition to eventually be found unpatentable by the Board. However, using claims as a metric obscures data that many would find informative, such as the number of patents petitioned in which some or all claims are cancelled. As illustrated in the graphic above, once an IPR has been instituted the USPTO categorizes the outcome of the proceedings on a claim into one of three categories: (i) maintaining patentability (1,739 claims), (ii) cancellation or disclaiming patentability during the proceedings (606 claims), or (iii) finding of unpatentability by the PTAB (999 claims). Based on the currently reported data, once an IPR has been instituted the probability that a claim will not survive is 48 percent, essentially a coin flip.

While these figures appear to be in stark contrast to those published by the USPTO, the percentage of patents with the patentability of all claims confirmed is in line with the outcomes of the previous validity procedure of Inter Partes Reexamination.9 It remains to be seen whether this is a reasonable comparison. The sharp rise in the number of IPR cases seems to indicate that higher quality patents are being struck down by the PTAB under the new IPR process. Further, it seems that not only are more higher quality patents now being struck down by the PTAB, more are being struck down in their entirety, as the total percentage of IPRs in which all claims were cancelled or disclaimed was 73 percent as compare to a mere 31 percent for Inter Partes Reexaminations.

There is a mere two years’ worth of IPR data, and as more PTAB decisions are published our understanding will continue to deepen. Despite the different statistics being reported, at this point one thing is clear: the petition and patent owner’s initial response are of the upmost importance. Twenty percent of the IPR requests are not instituted, which translates into 207 patents escaping the process by not being taken up. If the PTAB reaches a determination on the patentability of an instituted petition, there is only a nine percent chance that the patent will escape unscathed; a mere six cases have escaped the PTAB so far. Therefore, a petitioner’s best strategy is to ensure that a review is instituted, while a patent owner’s best defense against an IPR is to make certain that one is not instituted in the first place. 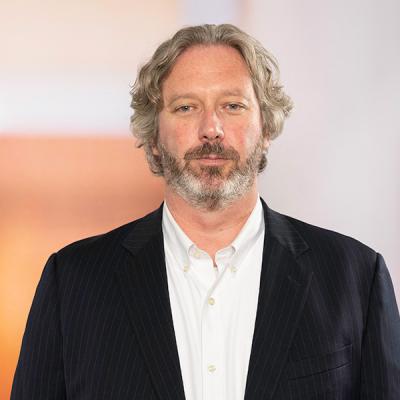