The Patent Trial and Appeal Board ("the Board") recently announced the addition of its March 26, 2015 decision in Dell, Inc. et al. v. Electronics and Telecomms. Res. Inst., IPR2015-00549 (“the ‘549 IPR”) to its online list of Representative Orders, Decisions, and Notices.  In this ruling, the Board denies Petitioners’ IPR request under the estoppel provision in 35 U.S.C. § 315(e)(1), which prevents petitioners, real parties-in-interest and privies from challenging an already-adjudicated claim on grounds that were previously raised or could have been previously raised before the Board:

The petitioner in an inter partes review of a claim in a patent under this chapter that results in a final written decision under section 318 (a), or the real party in interest or privy of the petitioner, may not request or maintain a proceeding before the Office with respect to that claim on any ground that the petitioner raised or reasonably could have raised during that inter partes review. (emphasis added)

In comparing the instant ‘549 IPR to Dell’s previous ’635 IPR proceeding, the Board found the patent, challenged claims and asserted prior art to be the same. The only difference, according to the Board, was that the Petitioner combined the prior art in a different combination than previously presented.  Specifically, in the ’635 IPR, Hathorn was asserted as anticipating the claims, whereas in ‘549 IPR, Hathorn was combined with an additional reference, Mylex, which was also previously presented by Dell in the ‘635 IPR.

On this record, the differences in how the references have been asserted in these proceedings have no weight on our determination of whether the grounds raised in the instant Petition could have been raised in the ‘635 IPR.  Both Mylex and Hathorn were known to Petitioner as prior art to the ‘346 patent, and Mylex has been asserted as an obviousness reference in this Petition and in the ’635 IPR.  It makes no difference to us that Petitioner may have believed Hathorn to be anticipatory reference in the ’635 IPR, and that such a belief may have changed during the trial of the ’635 IPR, where we ultimately determined in our Final Written Decision that Hathorn did not anticipate any claim of the ‘346 Patent.  (‘549 IPR at 5-6).

In other words, not only could Dell have raised the arguments in the prior filing because they relied upon the same prior art references, but it makes no difference to the Board whether or not the arguments were, in fact, raised.

An important limitation of 35 U.S.C. § 315(e)(1) is that estoppel only attaches on a claim-by-claim basis when a final written decision has been rendered by the Board in the IPR proceeding.  35 U.S.C. § 315(e)(1).  The impact of this rule is two-fold.  First, a decision denying institution of review is not a final decision and estoppel therefore does not attach to these decisions.  As a result, additional petitions using the same prior art may still be filed by a petitioner, subject to the provisions set forth in 35 U.S.C. § 315(b) and (d).  Second, estoppel attaches on a claim-by-claim basis.  For example, in the ‘635 IPR, trial was not instituted on claims 4 and 9 of the ‘346 Patent and estoppel thus did not attach to these two claims.  Although Dell was not estopped from review of those claims, the Board denied instituting trial on either claim under 35 U.S.C. § 315(b) for failure to seek review of these claims within one year of Dell being served with a complaint alleging infringement of these claims. 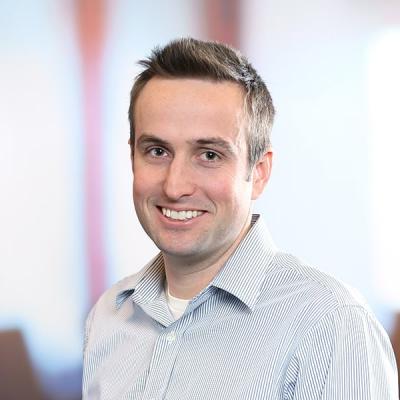