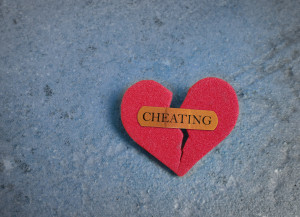 You don’t have to have an Ashley Madison account to know that a spouse who strays into an affair is unfaithful to the marriage. Is there a similar adulterous line for employees when they consider leaving an existing job?

In one of my earlier corporate divorce posts, I focused on some of the mistakes terminated employees make after they are fired.  Part of my focus in that piece was the surprise (and, granted, the hurt, disappointment and insecurity) that accompanies an unexpected job loss.  Now I examine the flip side, which is relevant to most of us at some points in our lives: the employee who plans to leave one employer for another.

It may strike some as an oddity that there may be issues associated with voluntarily departing employment. But issues there are, thankfully from an employment lawyer’s perspective.

So let’s start with the obvious. Is even thinking about leaving a job a sign of infidelity?

And the answer is just as obvious.  Our legal system doesn’t punish people for having thoughts.  Setting aside lie detectors (which are for the most part completely illegal in the American workplace), and the absence of tangible evidence, it is impossible to prove that an employee has had an unfaithful thought. And it is even more unlikely that an overzealous employer would ever be able to prove any legal consequences associated with mere thoughts.

So let’s move to the next and much more realistic situation. Now the employee is not only musing about changing jobs – she has updated a resume or fleshed out a LinkedIn profile or curated another social media account to polish her reputation.  Is that cheating?

It can’t be. There can be no legal consequences for being pragmatic, at least in this instance.  In fact, it makes sense to continually review and assess one’s career, skills and professional development, even if you are completely satisfied with your current employment.

What about actually sending a resume to a recruiter or responding to an online job advertisement? This is flirting, not infidelity. The employee hasn’t crossed the line …. Yet. Rather, the employee has just exercised his right to think freely about his future.

What about responding to an initial call or inquiry from a recruiter or prospective employer or interviewing for a job? Now we’ve moved from the harmless flirtation stage to contemplating (though perhaps not seriously) divorce.  But again, merely speaking to someone about a job opportunity can’t qualify as infidelity. This is more in the nature of going out on a date while married … but the other person knows you are married. Just talking to a prospective employer about future employment (and nothing else) is neither morally reprehensible nor legally consequential. Freedom of association is a constitutional right.

So now we move to the next stage: actually accepting an offer of employment. It is this stage that typically causes so much angst – because the legal consequences of accepting a job offer depend, for the most part, on the employee’s pre-existing obligations to their current employer, such as whether they need to give a certain amount of notice or if contractual provisions restrict future employment. But generally speaking, accepting an offer of employment to begin employment in the future is not legally consequential. It is the act of starting work for the new employer – like saying “I do” after obtaining a marriage license – that triggers the legal obligations.

The takeaways from all of this come from a very longstanding and significant legal notion that an employee can’t simultaneously serve two employers because each employer is owed complete and undivided loyalty from that employee.  While there are some exceptions to this rule, employees are free to think about, look for and even accept employment – flirting, dating and even becoming engaged – without legal consequences.  But cheating and polygamy are definitely out.

– Corporate Divorce: Treat Your Employment Contract Like a Prenup