In Notice 2016-31 (the “2016 Notice”), the IRS has updated its prior administrative guidance in order to implement the recent extensions of the PTC and the ITC. In response to a significant number of questions received after the extensions of these tax credits by the PATH Act, the 2016 Notice further extends and modifies the Continuity Safe Harbor (described below), and provides additional guidance regarding the application thereof as well as the Physical Work Test (also described below).

When Does Construction “Begin”?

Prior administrative guidance was originally released on May 13, 2013 in IRS Notice 2013-29 (the “2013 Notice”). This guidance provides two methods by which a taxpayer may establish that construction of a qualified facility has begun: the “physical work” test and a “5% safe harbor.”

As set forth in the 2013 Notice, a taxpayer may establish the beginning of construction by starting physical work of a significant nature (the “Physical Work Test”). The “significant nature” determination focuses on the nature of the work performed, not the amount or cost (i.e., there is no fixed minimum amount of work or monetary or percentage threshold), and will depend on the relevant facts and circumstances (the 2013 Notice provides some guidelines and a nonexclusive list of examples in this regard, which have been supplemented by the 2016 Notice).

Alternatively, a taxpayer may establish the beginning of construction by meeting the 5% safe harbor provided in the 2013 Notice (the “5% Safe Harbor”). To qualify for the 5% Safe Harbor, construction of a facility will be considered as having begun if:

As described above, the two methods for establishing that construction of a facility has begun, for the purpose of qualifying for the PTC or ITC, require that a taxpayer make continuous progress towards completion once construction has begun, whether pursuant to the Continuous Construction Test or Continuous Efforts Test (as applicable). Following release of the 2013 Notice, the Treasury Department and IRS received a significant number of questions regarding the application of these tests. In response, the IRS issued Notice 2013-60 on October 28, 2013, which provided a method by which taxpayers may be deemed to satisfy both the Continuous Construction Test and the Continuous Efforts Test.

A facility will be considered to satisfy the Continuous Construction Test (for purposes of satisfying the Physical Work Test) or the Continuous Efforts Test (for purposes of satisfying the 5% Safe Harbor) if the facility is placed in service before January 1, 2017 (the “Continuity Safe Harbor”), regardless of the amount of physical work performed or the amount of costs paid or incurred with respect to the facility between December 31, 2014 and January 1, 2017.

Observation: The failure to satisfy the Continuity Safe Harbor does not mean that a facility has not satisfied the requisite continuity. It means only that the determination will be based on the relevant facts and circumstances, as described above.

Although a taxpayer may be able to satisfy both the Physical Work Test and the 5% Safe Harbor, it need only satisfy one method to establish that construction of a facility has begun for the purpose of qualifying for the PTC or ITC. However, the IRS stated in the 2016 Notice that a taxpayer may not rely upon the Physical Work Test and the 5% Safe Harbor in alternating calendar years to satisfy the beginning of construction requirement or the continuity requirement. The 2016 Notice provides the following example in this regard: If a taxpayer performs physical work of a significant nature on a facility in 2015, and then pays or incurs 5% or more of the total cost of the facility in 2016, the Continuity Safe Harbor will be applied beginning in 2015, not in 2016. The effect of this rule is to prevent a taxpayer from extending the four-year safe harbor period by relying on another method in a subsequent year. The taxpayer is essentially bound by whichever method is satisfied first.

The 2016 Notice clarifies that multiple facilities that are part of a single project may be disaggregated for purposes of determining whether a specific facility satisfies the Continuity Safe Harbor or the continuity requirement under a facts and circumstances analysis (as applicable), such that each facility may be able to take advantage of the tax credit.

Generally, under an “80/20 rule,” a facility may qualify as originally placed in service (and thereby qualify for the tax credit) even if it contains used property, as long as the fair market value of the used property is not more than 20% of the facility’s total value. Under the 2016 Notice, this “80/20 rule” is applied to each individual facility comprising a single project, and the 5% Safe Harbor is applied only with respect to the cost of new property used to retrofit an existing facility.

The 2016 Notice is good news for the renewable energy industry. The extension of the Continuity Safe Harbor from two to four years should benefit taxpayers developing larger projects, some of whom had commented that the two-year window was not feasible. This extension generally gives taxpayers more than four years to complete their renewable energy projects once physical work of a significant nature has commenced or once 5% or more of the total cost of the project has been incurred, since the four-year clock begins at the end of the year in which construction began.

Furthermore, the IRS’s addition of several new excusable disruptions that will not be taken into account in determining whether the Continuity Safe Harbor is satisfied will allow projects that experience certain delays (e.g., due to delays in obtaining permits or licenses, or due to severe weather conditions or natural disasters) to still qualify even if placed in service outside the four-year period.

Taxpayers should consider how the new guidance impacts their renewable energy development plans, and should consult with their tax advisors regarding whether they may qualify for the PTC or ITC in light of the new rules. The IRS will not issue private letter rulings to taxpayers regarding the application of the 2016 Notice or the application of the “beginning of construction” requirement. Renewable energy developers are encouraged to plan accordingly and begin construction on projects that are part of their four-year development pipeline if they intend to claim the tax credits.

Finally, taxpayers should continue to monitor additional guidance that may be issued by the IRS and the Treasury Department. IRS personnel have stated publicly that the rule preventing use of the Physical Work Test and the 5% Safe Harbor in alternating calendar years may be reconsidered. Additionally, the 2016 Notice indicates that the Treasury Department and the IRS anticipate issuing separate guidance addressing the extension of the ITC for solar energy facilities. 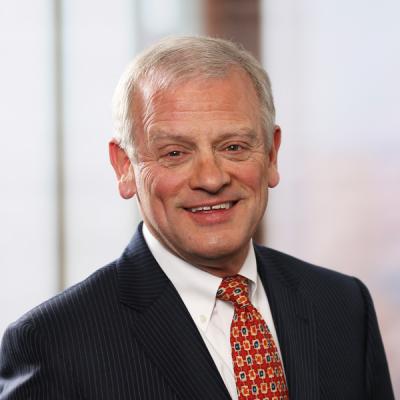