The basketball court isn’t the only place you’ll see interesting uniforms this month.  Many employers choose to implement and enforce their own uniform requirements and dress codes at work.  But if done incorrectly, uniforms or dress codes may reinforce stereotypical gender roles and put transgender employees and applicants in a very uncomfortable place.  In addition, some religious people in the workplace require exceptions to uniform requirements and dress codes in order to adhere to their beliefs.  There was even a hotly debated Supreme Court opinion a couple years ago about a religious headwear exception to an employer’s dress code.  These increasing changes in the law are forcing employers to take a time out to rethink their uniform and dress code strategies to make sure they do not travel out of bounds. 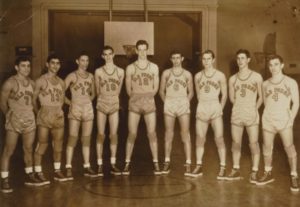 Sometimes employee dress codes come in the form of uniform requirements that build and reinforce the employer’s brand.  Think of an airline flight crew.  Think of cheerleaders.  But sometimes they’re simply meant to ensure that the office reflects the employer’s conception of a professional environment – skirts, blouses, suits and ties.  However, trends in Title VII interpretation and enforcement may mean that an employer may have to reconsider its more traditional conceptions of professionalism where they leave little room for religious or gender minorities or where they force conformity with traditional gender norms on a generation of workers that seem to increasingly reject gender stereotypes.

Perhaps one of the hottest topics in workplace law at the moment relates to transgender employee issues.  Transgender persons often choose to express a different gender than the one that they were assigned at birth or that most closely matches their sex.  Most courts and the EEOC have found, in line with a 1989 Supreme Court case called Price Waterhouse v. Hopkins, that discrimination against transgender persons in the workplace may be the equivalent of unlawful sex discrimination under Title VII because it is based on sex or gender stereotyping.  It therefore has followed that an employer’s unwillingness to allow a transgender employee to present in clothing that matches her or his chosen identity violates the law.  The EEOC has successfully litigated recent cases alleging sex discrimination against transgender employees and could continue to pursue transgender issues as an enforcement priority.

In addition, some state and local enforcement agencies have also weighed in on this issue enforcing laws and ordinances that afford greater protection than the federal law currently does.  For example, the New York City Commission on Human Rights (NYCCHR) has issued broad guidance that attempts to clearly define the contours of gender identity and gender expression discrimination in the workplace.  Specifically, the Commission has found the following as examples of prohibited policies or actions: 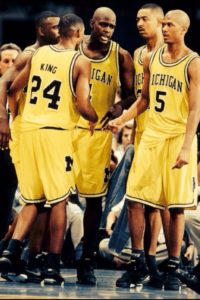 Next, religious accommodations have also featured as a prominent legal issue over the past few years.  In 2015, the Supreme Court ruled in EEOC v. Abercrombie & Fitch that an employer may not refuse to hire an applicant if the employer was motivated by avoiding the need to accommodate a religious practice.  Abercrombie denied employment to a young Muslim woman applicant who wore a hijab (headscarf) to her interview, because the hijab was inconsistent with the company’s “look policy” for store employees.  In a recent case in North Carolina, EEOC v. Triangle Catering, LLC, the employer faced claims of religious discrimination and failure to provide religious accommodations where a Rastafarian employee alleged the company wouldn’t accommodate his crown.  In that case, the employer had a neutral policy forbidding headwear except where local health code required certain food handling employees to wear it.  While the employer won summary judgment on the discrimination claim, the court permitted the failure to accommodate claim to proceed to a jury.

Some employers have decided to do away with dress codes altogether, especially where they do not have customer-facing rank-and-file employees, or where they want to avoid creating unfairly high standards for one gender vis-a-vis another (i.e., high heels and makeup for women).  Many employers will now permit employees to dress in such a way that is both presentable and comfortable and that conforms to their gender.  Many millennials demand this kind of flexibility at work because they highly value authenticity and individuality in outward expression.  The New York Times published an article recently examining modern thinking around office dress codes; the article observed that “[w]e are moving into an era where personal expression is going to trump the desire to create a corporate identity.”

So, what should employers do?  There is no one-size-fits-all response when it comes to uniform and dress code decisions.  Your uniform requirements and dress code should reflect the kind of company’s culture you want to achieve but should also be flexible enough to be accommodating, welcoming and of course, legally compliant.  Consider consulting an attorney to guide you on the contours of your policy to make sure it stays within the law.